After living in Germany for two years and going back at least once every year since 2003, I’ve had a great deal of travel along the most popular train routes with primary operator Deutsche Bahn to visit friends around the country.

I recommend the following UNESCO World Heritage Sites in Germany:

Bamberg is a beautiful place to visit with medieval architecture, red-roofed buildings, small narrow winding streets, grand churches on top of hills, the Little Venice next to the Regnitz river, and green foliage and colourful flowers decorating everything in sight. As the surrounding region is called Franken (Franconia), the seven hills on which the city was built has given Bamberg the nickname “Franconian Rome”. A significant part of the town was declared a UNESCO Heritage site in 1993. To complete your day in Bamberg’s Old Town, stop at Schlenkerla for their famous Rauchbier or “smoked beer”.

Some friends have lived in Köln (Cologne) for most of their lives, and they’ve shown how warm and outgoing the city and its citizens can be. They’ve also not been shy in highlighting some of the existing urban tensions, which are no different compared to any other city or town in Germany. But one thing is clear: people here know how to drink and party hardy.

The Kölner Dom (Cologne Cathedral) along with the Hohenzollernbrücke (Hohenzollern bridge) are without doubt some of the most recognized landmarks in the city, if not the country. Starting in 1248, the cathedral was built in various stages; so massive was the project that the cathedral was not completed until 1880, over six centuries for the taking. Ongoing restorations and renovations at the cathedral will keep caretakers busy for decades to come. The Cathedral became a UNESCO World Heritage Site in 1996.

The place is rich with Roman history (Colonia, anyone?), you can drink some fine Kölsch beer, learn about the history of “cologne” in Cologne, or cheer on the homeside at the Rhein-Energie Stadion and sing chants in the local Kölsch dialect in support of the football team 1. FC Köln. Then again, another highlight may well be the “love locks” on the Hohenzollern bridge.

With Deutsche Bahn, you can reach Köln from Frankfurt am Main in about 60 to 90 minutes, depending on the number of stops on the InterCity Express train. 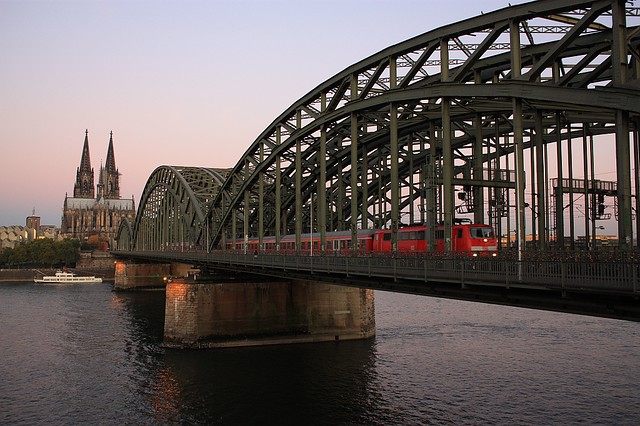 With a rich trading tradition dating back to the last-half of the 12th century, Lübeck was once the capital city of the Hanseatic League, a loose federation of trading and merchant cities. Lying close to the Baltic Sea, the city has great architecture in churches, city buildings, and the Holstentor (Holsten gate). Lübeck is famous for its marzipan; visit Café Niederegger for some samples and assorted cakes with tea. The city also boasts to being the home (“Buddenbrookhaus“) of the Nobel Prize-winning author Thomas Mann, the home of former German chancellor Willy Brandt, and the home of Nobel-Prize winning author Günter Grass. The historic centre of the city was declared a UNESCO World Heritage Site in 1987.

My visit to Lübeck is highlighted here. 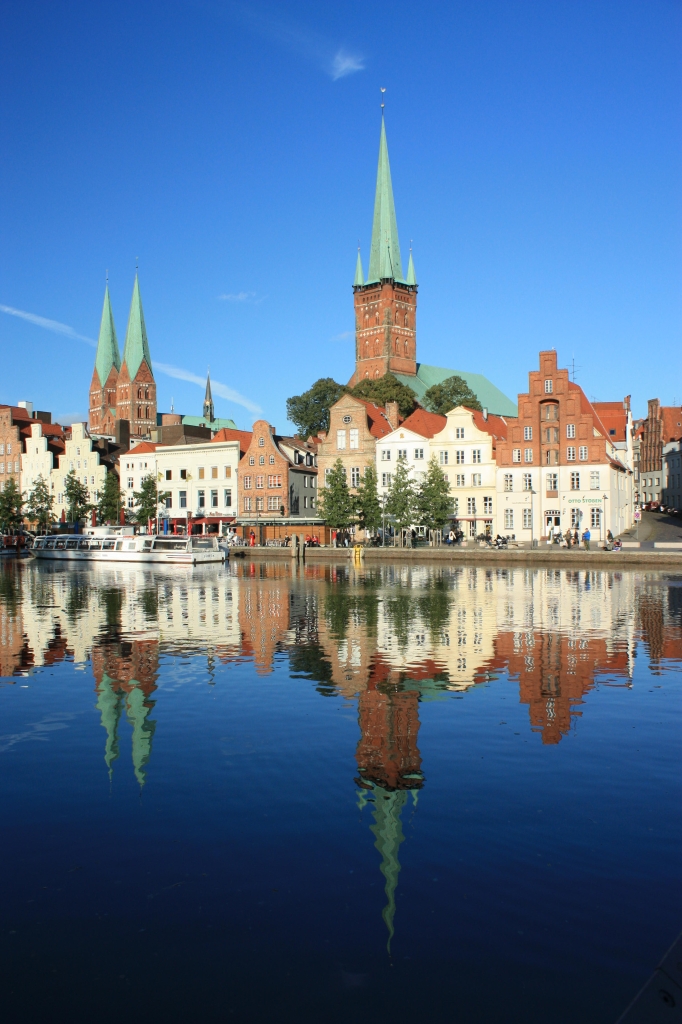 Potsdam Park Sanssouci is a wide-open space with stepped grassy terraces, gardens, tree-lined paths, palaces, temples, and various ornamental buildings. Sans Souci once served as the summer royal palace for Prussia’s King Frederick the Great. While some might be reminded of France’s Versailles by comparison, Sans Souci is smaller, and the stylings lean heavily towards the Rococo. The entire grounds span 290 hectares or over 30 million square feet. The various green spaces in Potsdam and Berlin were declared a UNESCO World Heritage Site in 1990.

From Berlin’s main train station, Potsdam can be easily reached in under one hour with S-Bahn or regional trains. 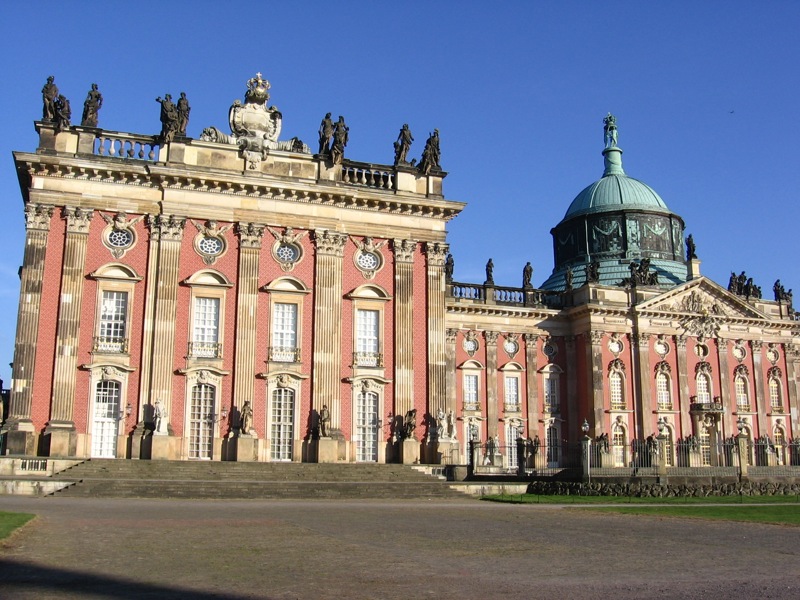 What do you do with old coal-mining facilities when there’s no more coal to process? Over decades, various industrial sites have come and gone, and some lay in ruins. The Ruhr region could have remained a wasteland until bold imaginative initiatives were pushed forward to revitalize the area.

Along with Pécs (Hungary) and Istanbul (Turkey), the city of Essen in Germany was designated as one of three UNESCO European Capital Cities of Culture for 2010. Various projects, sites, and monuments throughout the Ruhr region were on display for most of the year. One of the big highlights in Essen was the Zollverein Coal Mine Industrial Complex which has been listed as a UNESCO Heritage Site since 2001.

The entire refurbished Zollverein complex now houses space for art, design, and cultural exhibitions, and is also home to the Ruhr Museum, which provides detailed historical accounts of the economic importance of coal mining and its consequent decline, as well as descriptions of existing and future economic redevelopment plans for the Ruhr region.

My visit to the Zollverein is highlighted here.

With Deutsche Bahn, you can reach the city of Essen in about an hour from Köln.

I made all of the photos above between 2005 and 2010; this post is published on Fotoeins Fotopress at fotoeins.com as http://wp.me/p1BIdT-nP.

17 Responses to “Tips to 5 UNESCO Heritage Sites in Germany”