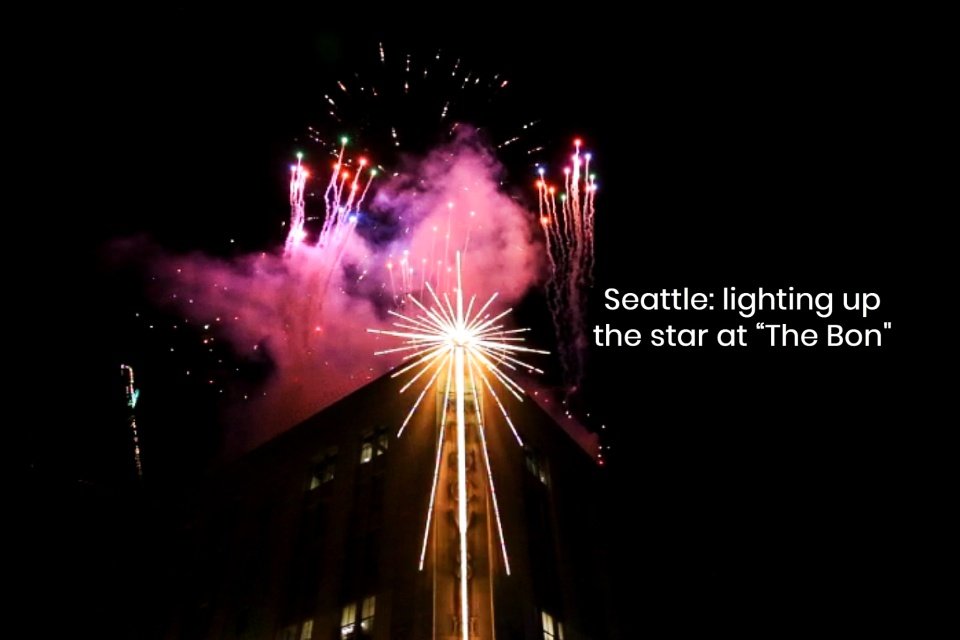 As a wae lad, I was fascinated by comparative branding and marketing, and that’s how I got to thinking about the differences and similarities between Canada’s Hudson’s Bay Company in greater Vancouver and the American Bon Marché in Bellingham and Seattle. But I don’t ever recall a tradition of lighting a star for October/Canadian Thanksgiving.

In downtown Seattle, a grand building opened in 1929 for the locally-owned Bon Marché department store, operating for over 7 decades until “The Bon” became Macy’s in 2005. A holiday star designed by Bob James in 1957 would become a fixture for the city and her residents. In September 2019, Macy’s declared the downtown Seattle location would be closing at the end of February 2020. At the time, the announcement included no plans for lighting the holiday star.

However, the star looks to be coming back for one more (final?) illumination, as a local lighting company agreed to refurbish and reassemble the star in time for the 2019 Thanksgiving season. Festivities occur Friday November 29, beginning with the annual Thanksgiving parade followed by the star’s lighting and fireworks.

Lighting up memories from 2016

We witnessed the lighting ceremony in 2016; some images and video are provided below. At around 330pm, we arrived to Westlake Park (4th Avenue and Pine Street) where spectators began to gather next to Seattle Police barricades put up for neighbouring demonstrations earlier in the day. Crowds increased over the next two hours as overcast skies darkened with sunset passing into dusk. At about 525pm began a slow lighting of the star, ending with fireworks over the building.

For its historic commercial and architectural significance, the Bon Marché building was declared official landmark by the city of Seattle in 1989. The building has also been inscribed onto the U.S. National Register of Historic Places since 2016. Another detailed history of the building can be found at HistoryLink dot org. 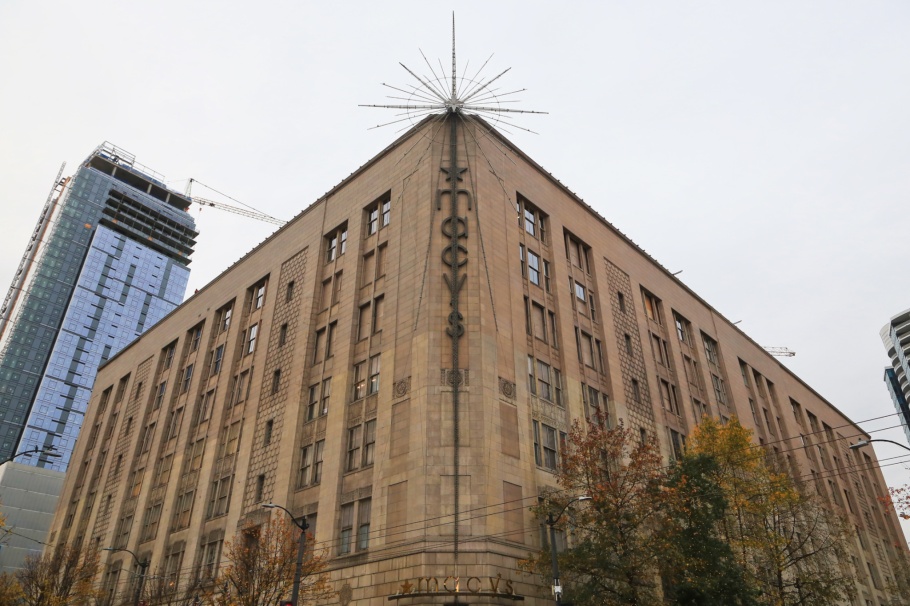 340pm at the holiday star, northwest corner of 4th Avenue and Pine Street. 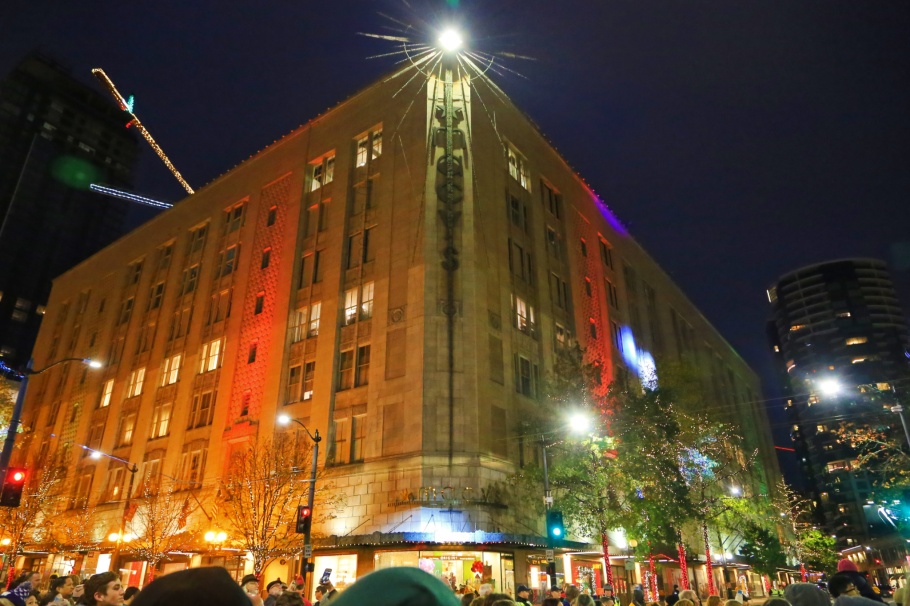 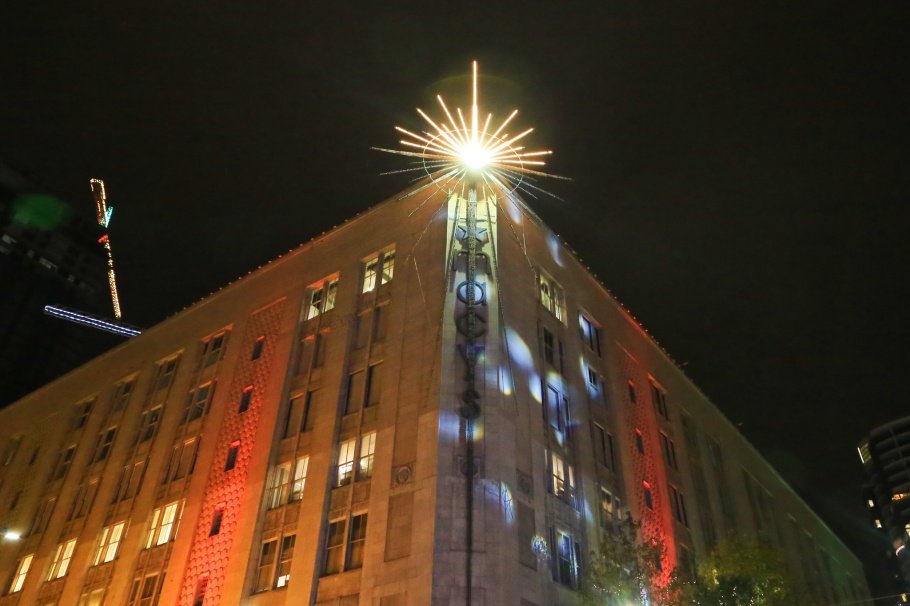 At around 525pm, the star’s illumination begins, as each ray gets a charge. 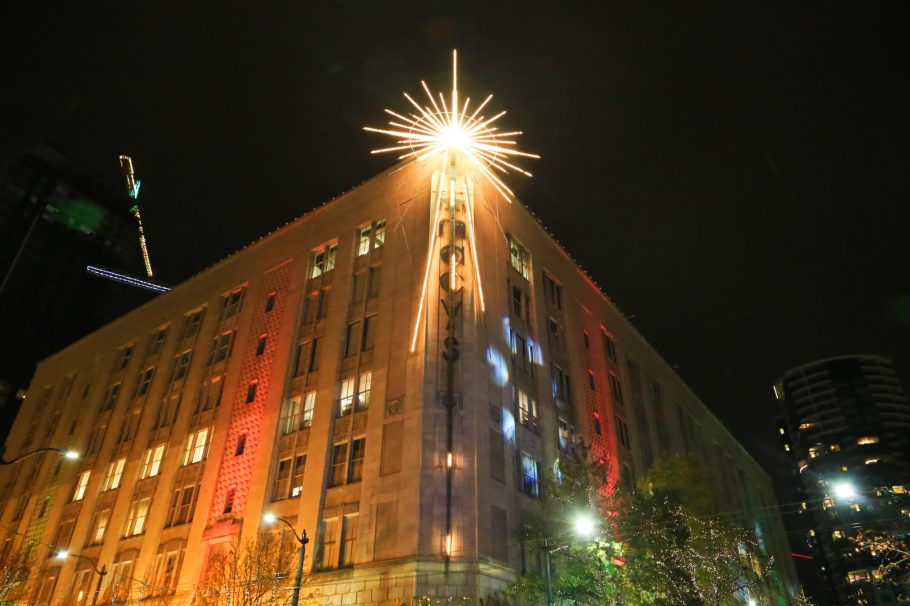 Bob James designed this holiday star in 1957 for Bon Marché, known locally as “The Bon”. 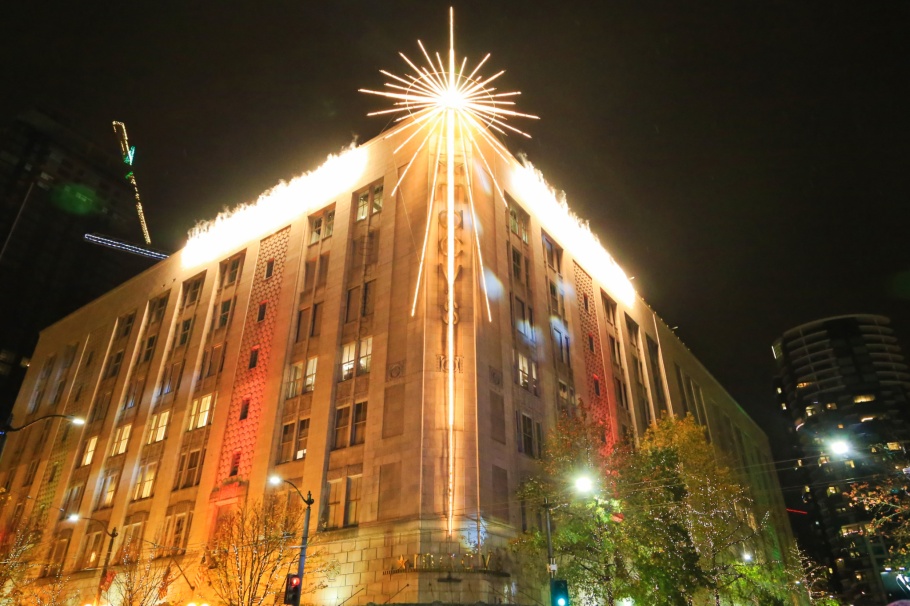 Flares on the roof accompany the illuminated star; short video of fireworks below. 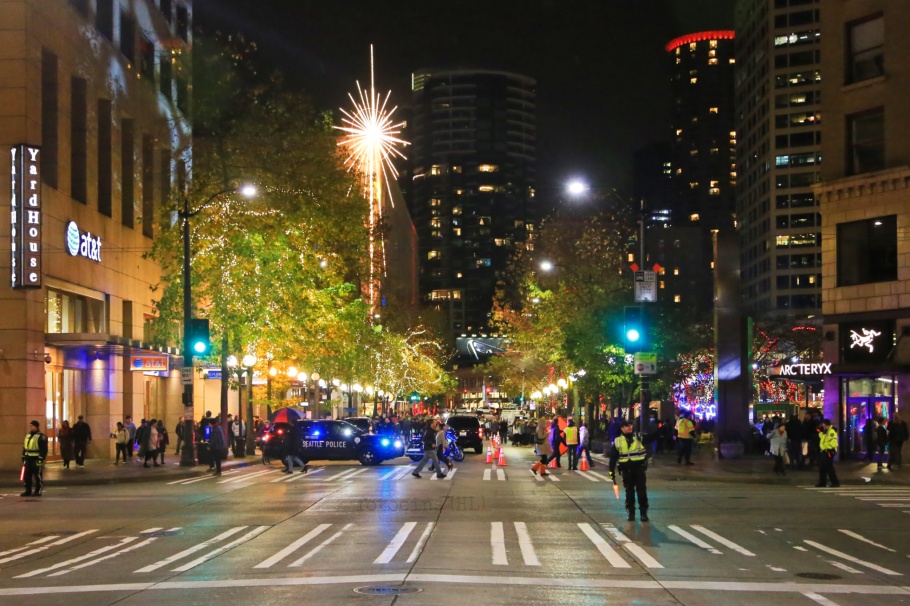 I made the video and photos above on 25 Nov 2016 with a Canon 6D mark 1. This post appears on Fotoeins Fotografie at fotoeins DOT com as https://wp.me/p1BIdT-g7i.