As a wae lad, I was fascinated by comparative branding and marketing, and that’s how I got to thinking about the differences and similarities between Canada’s Hudson’s Bay Company in greater Vancouver and the American Bon Marché in Bellingham and Seattle. But I don’t ever recall a tradition of lighting a star for October/Canadian Thanksgiving.

In downtown Seattle, a grand building opened in 1929 for the locally-owned Bon Marché department store, operating for over 7 decades until “The Bon” became Macy’s in 2005. A holiday star designed by Bob James in 1957 would become a fixture for the city and her residents. In September 2019, Macy’s declared the downtown Seattle location would be closing at the end of February 2020. At the time, the announcement included no plans for lighting the holiday star.

However, the star looks to be coming back for one more (final?) illumination, as a local lighting company agreed to refurbish and reassemble the star in time for the 2019 Thanksgiving season. Festivities occur Friday November 29, beginning with the annual Thanksgiving parade followed by the star’s lighting and fireworks.

END_OF_DOCUMENT_TOKEN_TO_BE_REPLACED

“That Tower Again,” a three-word online phrase for the early 21st-century.

It’s a phrase I associate with Berlin and her TV Tower (Fernsehturm), and that comes with multiple stays and many months in the German capita, a city I feel very much at home (winters notwithstanding). With my return to the Canadian Southwest and near-proximity to Seattle, I reconsider my fondness for the city’s iconic landmark: the Space Needle observation tower. Sight of the tower hasn’t lost its allure since our first family visit in the late 1970s.

For the Seattle World Fair in 1962, construction of the Space Needle occurred over a mere 400 days in time for the “Century 21 Exposition”. The 605-foot (184 metre) tower stood for the spirit of innovation and the might of technology. The city of Seattle designated the tower as an official city landmark in 1999. Fast forward now into the 21st century, it’s unfathomable for resident and visitor alike to think about the Emerald City without its leading spire.

END_OF_DOCUMENT_TOKEN_TO_BE_REPLACED 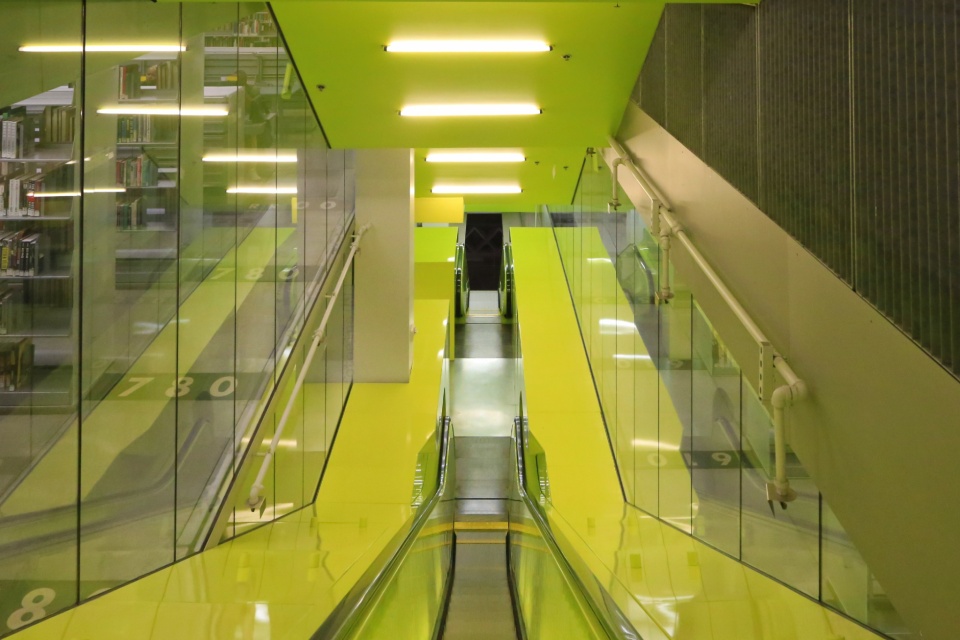 The central branch of the Seattle Public Library is a dazzling architectural addition to the city’s downtown district. From the upper floors, it feels like a vast cathedral of space and light. I forget about their collection of books, and marvel instead at the building’s design. Even the escalators are noteworthy: clean lines, bright colours, and clear signage to direct the flow of visitor traffic. Opened to the public on 23 May 2004, the building was designed by the Dutch company OMA with the support of Seattle’s LMN Architects.

I’ve been fascinated by the origins and appearance of words and characters since I learned how to write in both Chinese and English languages. Thanks to a variety of websites (particularly one about Berlin), my eye has recently been tuned to typography.

In the picture, the combination of Chinese characters have little meaning. But where transliteration to Cantonese is concerned, each Chinese character is an individual “vocalization” representing a syllable in English. South King Street becomes “南景街” which is pronounced “naam4 ging2 gaai1” and in literal terms is “south – view/situation – street”. Maynard Avenue South becomes “南美拿大道” which is pronounced “naam4 mei5 naa4 daai6 dou6” and in literal terms is “south – good/pretty – take/use/capture – big – road”. (See the note below* for more.)

* Arriving primarily from Guangdong province in southern China, people began building Chinatown settlements in North America in the 19th-century; most of the new immigrants spoke Cantonese. With my own intermediate proficiency in Cantonese, I’ve used CantoDict for the transliterations above. The numbers associated with Anglicized pronunciation of Chinese words correspond to six tones in the Cantonese dialect. A summary of the six Cantonese tones is provided in this video.

In Seattle, Washington, the Pike Place Market is one of the most visited and photographed locations. If you’re looking, there is an abundant variety of themes, objects, and people to observe, and frankly, you should never run out of things to photograph. One of my favourites is neon signs. With a wide aperture and the background deliberately out of focus, I’ve managed to snag multiple neon in this frame.