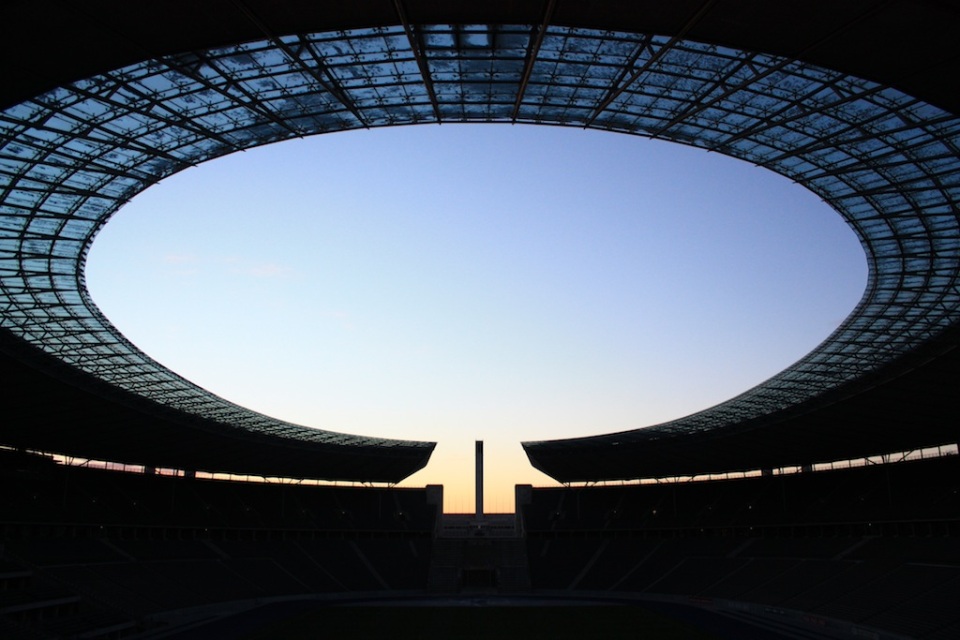 The Olympiastadion, or Olympic Stadium, in Berlin, Germany was built for the 1936 Summer Olympics. A key highlight was the four gold medals won by USA’s Jesse Owens. Renovations occurred in the early 1970s to prepare for soccer’s 1974 World Cup, and again in 2006, to increase the seating capacity for that year’s World Cup. In addition to hosting major athletic events, the stadium is home to football club Hertha BSC. On 6 June 2015, the stadium hosted the UEFA Champions League final: FC Barcelona 3-1 Juventus FC (Turin). This beautiful stadium has great sight-lines with an elegant sense of geometry and symmetry, and if you stand at the right place at the right time, you’ll find yourself looking into the “eye” of the open stadium.

6 Responses to “Fotoeins Friday: Stadionauge, the eye of Hertha Berlin”