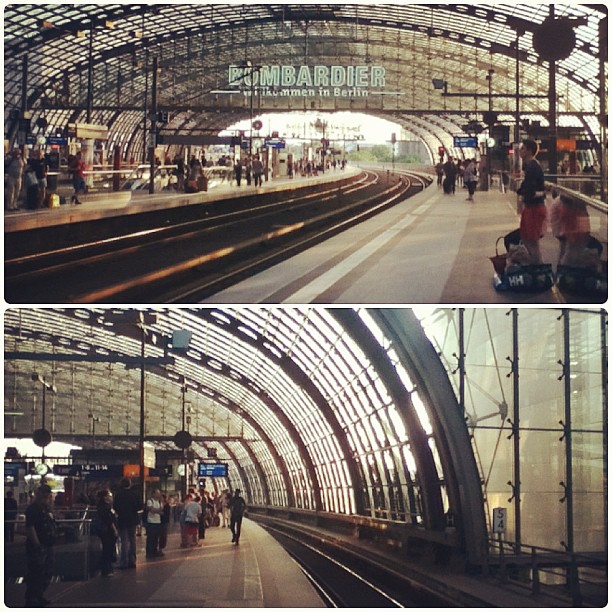 I love Berlin, and I love train stations.

These two preoccupations always converge at the Berlin Hauptbahnhof (central train station). Looming overhead is the large glass roof, like the temple of transport hanging over scurrying passengers; trains pass overhead as the shops reside below; tempting scents from baked goods and grilled bratwurst waft from neighbouring stands; calm measured station announcements and excited conversations in the air is punctuated by screeching brakes of trains entering the station.

I’ve always had a love of transport infrastructure and fascination with transport logistics. I’ll always set aside some time to hang out at the central train station. I’ll come here to observe and, even surrounded by noise, to meditate. I’ll wander through each floor, across the platforms, up and down on the escalators between levels. I’ll watch residents head out to work, going shopping, meeting friends, returning home to their families; it’s easy to pick out new visitors to the city, as they step out into the grand hall towering over the tracks, eyes wide and shiny in anticipation of their visit to the German capital.

From around the city, region, and the country, there are S-Bahn and U-Bahn trains; regional trains; and Eurocity, InterCity, and InterCity Express trains. Converging at this Hauptbahnhof focal point are trains from all corners of the country and beyond.

And if you’ve just arrived on a train and stepped out onto the platform, you might see the overhead sign that greets you: “willkommen in Berlin”.

You might wonder why your welcome is sponsored by Bombardier – they produce trains for Berlin’s S-Bahn urban rail network. 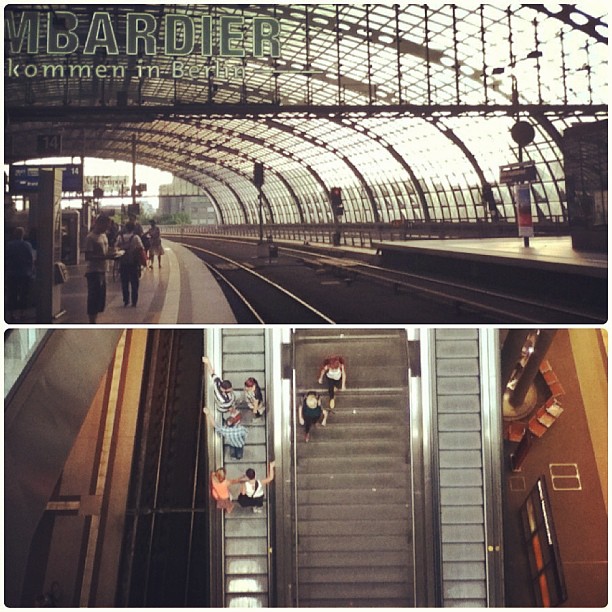 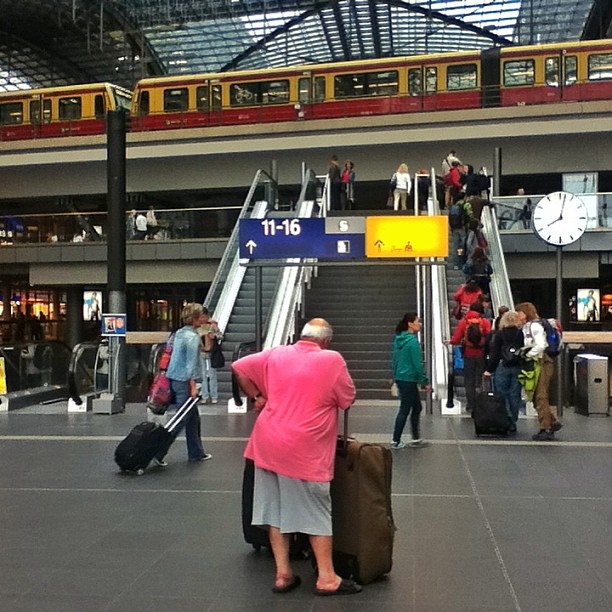 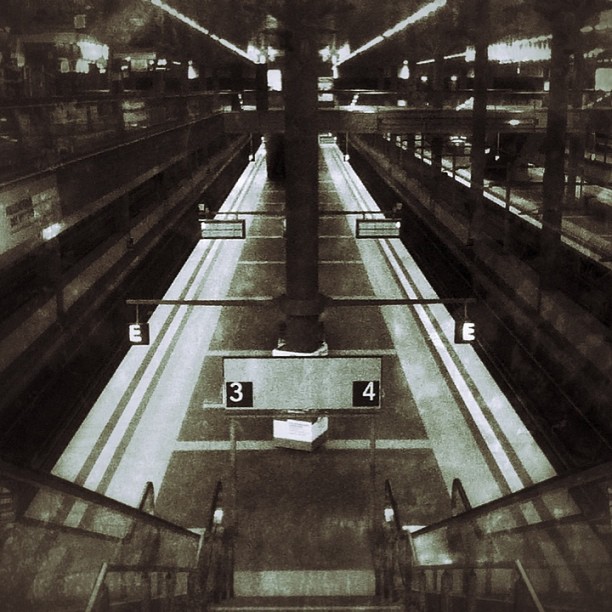 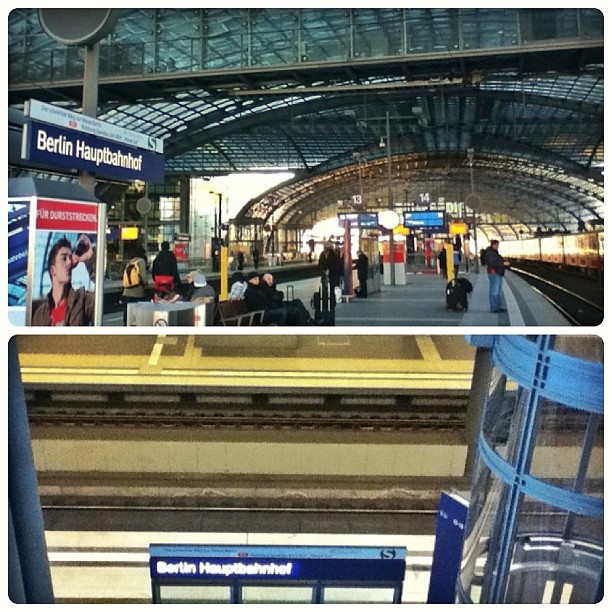 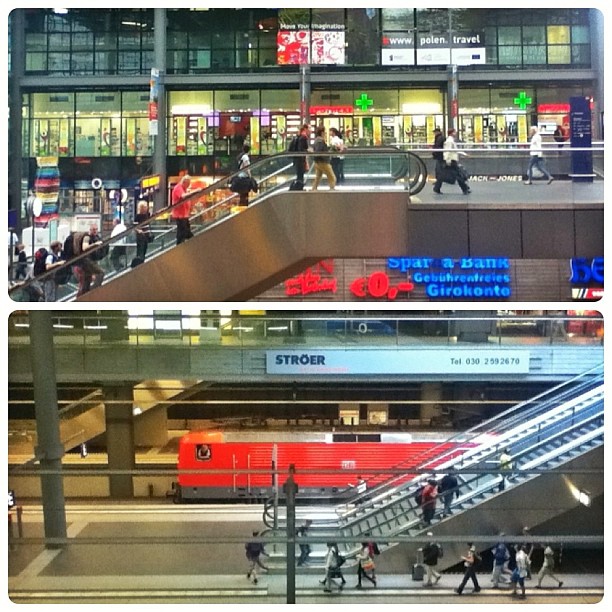 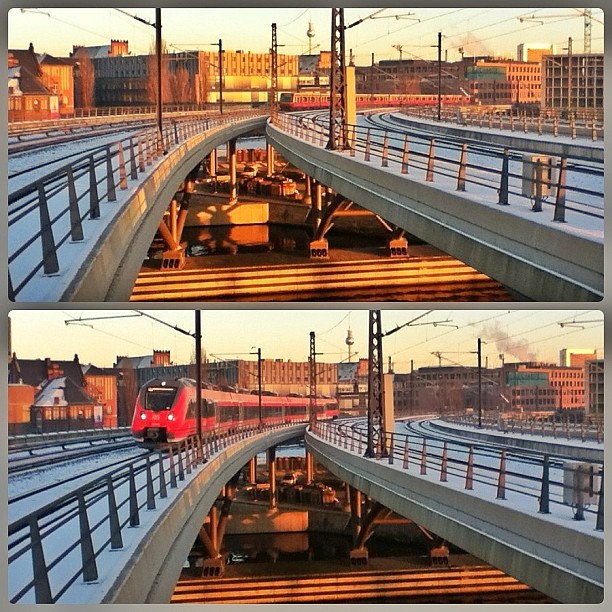 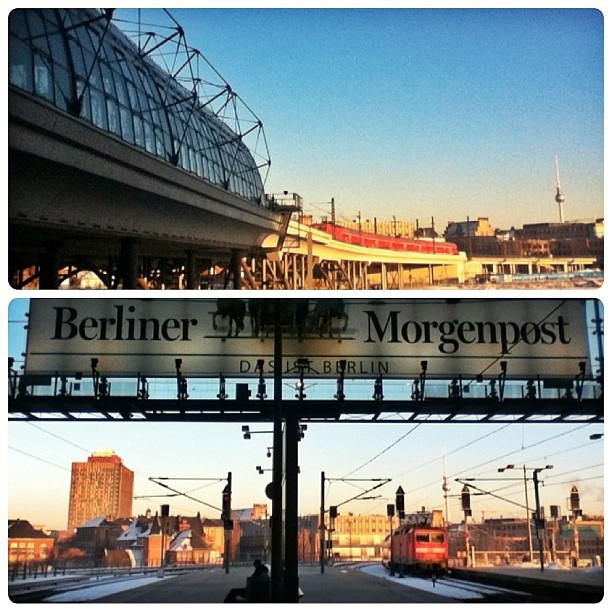 I made all of the photos above with a 4th-generation iPodTouch in 2012 and 2013. This post appears on Fotoeins Fotopress at fotoeins.com as http://wp.me/p1BIdT-5hi.