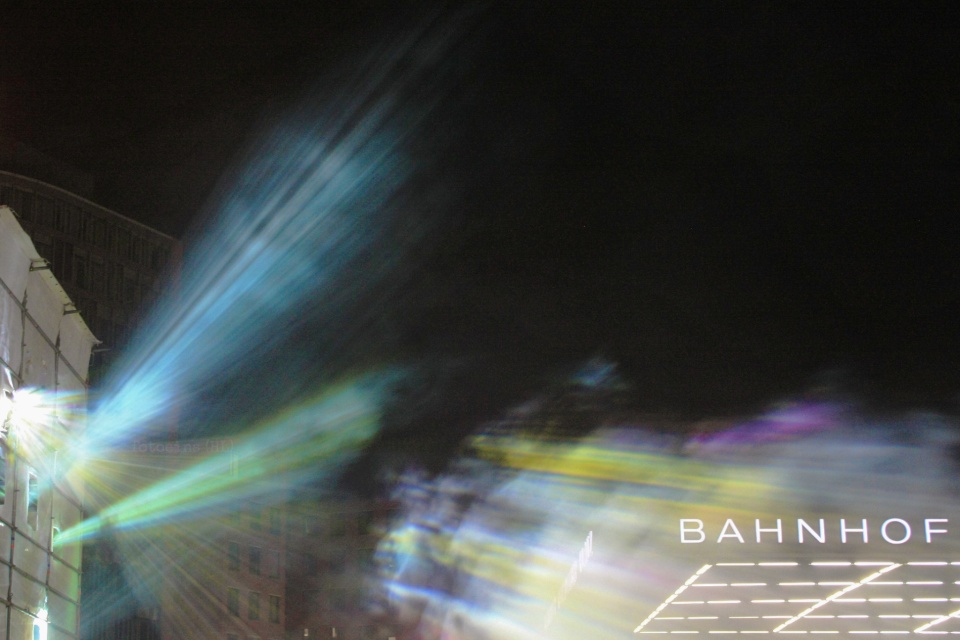 Berlin’s Festival of Lights takes place every year in early- to mid-October at various sites and plazas in the German capital city. At Potsdamer Platz train station (“Bahnhof”), the light show begins with beams “marked” by carbon-dioxide “smoke” with the surrounding buildings as “screens”. We see “light scatter” as carbon-dioxide molecules are much smaller in size (about 200 picometres or 2 Angstroms) compared to the wavelength of the visual light (about 0.5 micron or 5000 Angstroms) being scattered. At right angles, the intensity of scattered light is one half of the intensity of light in the forward direction. This is an example of Rayleigh scattering which is also responsible for why clear skies by day are blue. Light intensity also falls off with the inverse source of the distance from the source, and in just a few metres, light intensity diminishes to near zero. Only the word “Bahnhof” which indicates the entrance into Potsdamer Platz station stands alone.

Bonus: you get a pretty picture and a quick lesson in physics.