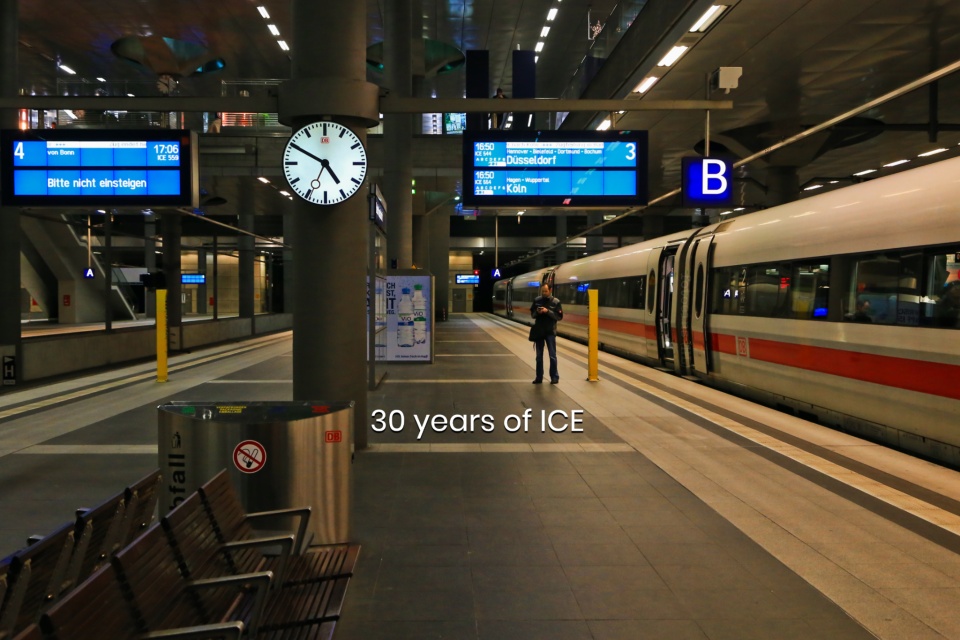 In the 1991 vs. 2021 comparison graphic provided by Deutsche Bahn, I’ve marked in green the ICE routes upon which I’ve made dozens of trips since late-2001 (when I moved to Heidelberg). Even after leaving in 2003, frequent annual trips back to Germany meant spending a lot of time planted on express trains across the country. Arriving in Europe mostly meant flying into Frankfurt am Main airport, from which I’d travel:

Over the last few years, the express stretch between Erfurt and Halle/Leipzig has vastly improved the Berlin-Frankfurt and Berlin-Munich routes, cutting the one-way travel time for each route by about one hour. Except for the Erfurt-Halle/Leipzig stretch, I’ve travelled on every “Stundentakt” ICE route (thick red/green in the graphic below). 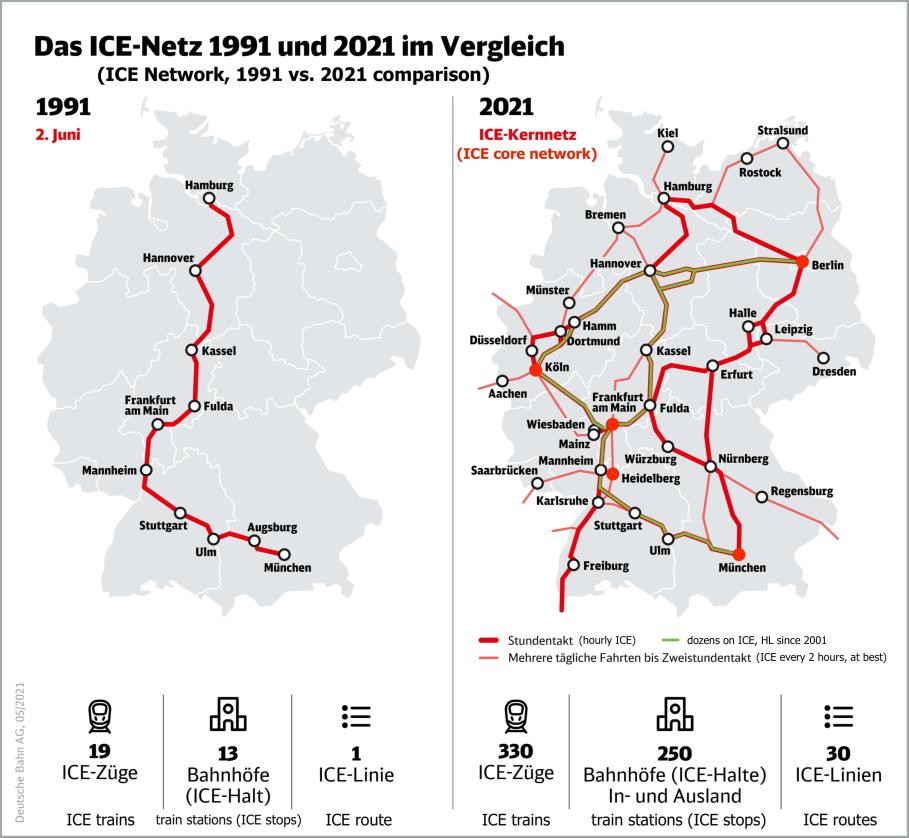 ICE coverage, including recent work on the Erfurt-Halle/Leipzig stretch; graphic courtesy of Deutsche Bahn. My “dozens on ICE” are marked in green; red filled circles indicate cities I frequented the most (B, F, HD, K, M). 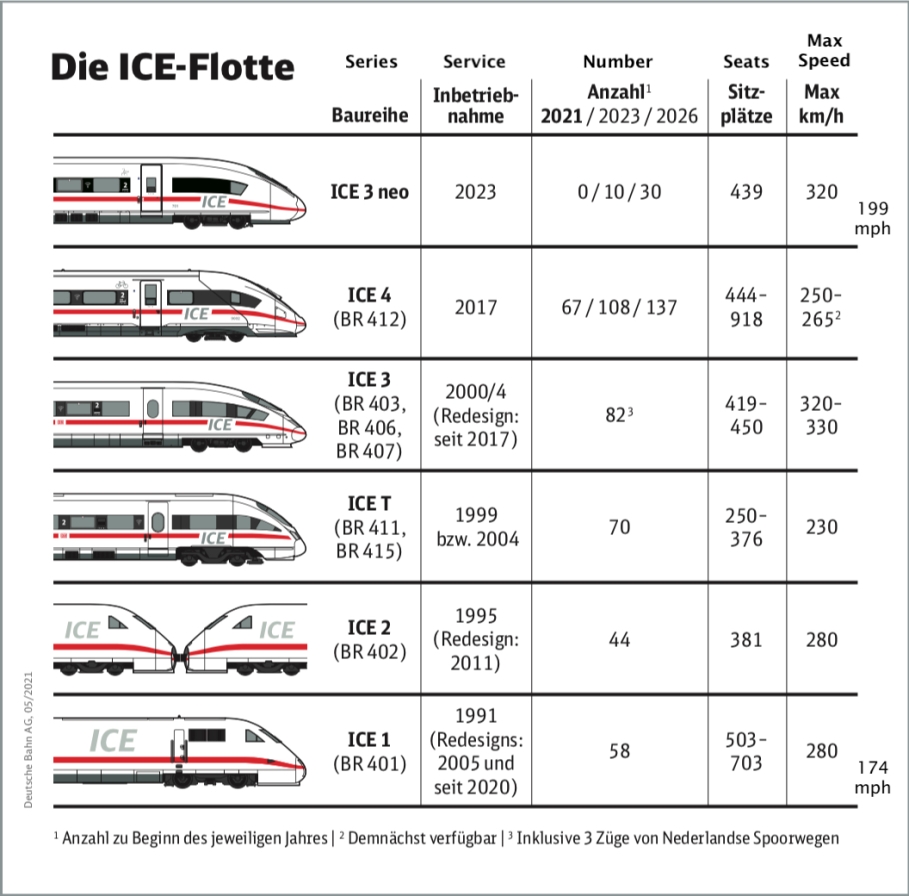 The ICE fleet of trains include vehicles with maximum speeds of over 300 km/h; graphic courtesy of Deutsche Bahn. 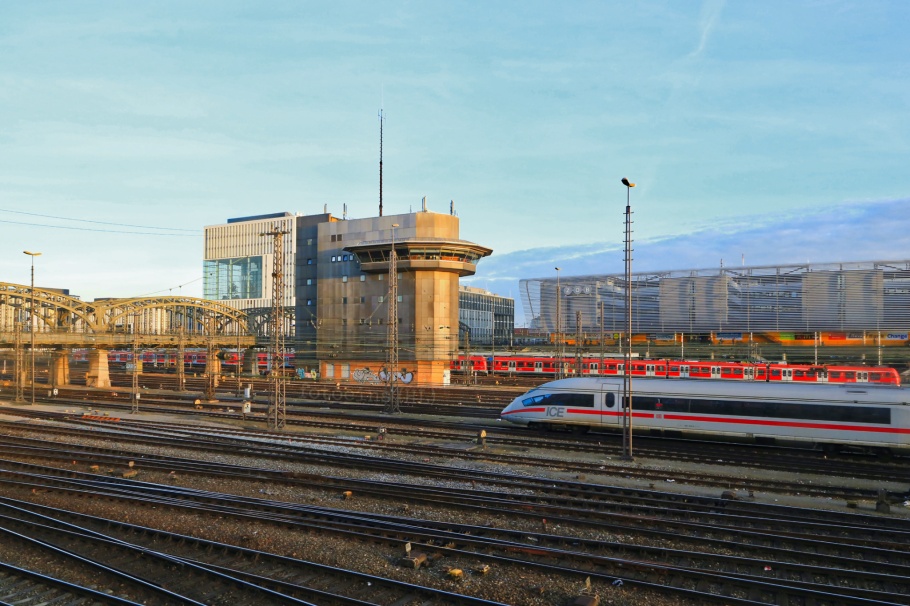 I made three images above with a Canon EOS6D mark1 (6D1). This post appears on Fotoeins Fotografie at fotoeins DOT com as https://wp.me/p1BIdT-l60.

3 Responses to “Germany: 30 years of ICE on the rails”

Leave a Reply to Germany: 30 years of ICE on the rails – THE FLENSBURG FILES Cancel reply