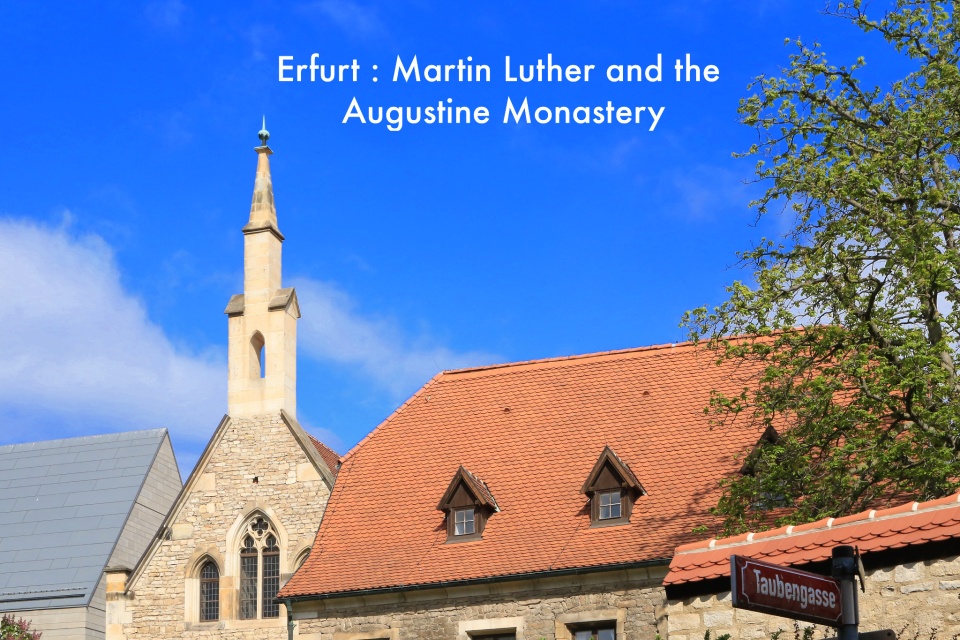 You can almost imagine a 16th-century monk walking these halls, contemplating various aspects of spirituality, and reconciling them with the hardships of everyday living.

In the federal state of Thuringia in central Germany, the Augustinerkloster (Augustine monastery) in Erfurt is a notable place for the history of Martin Luther and the Reformation.

Martin Luther arrived in 1501 and began studies in liberal arts, law, and theology at Erfurt University. In 1505, Luther experienced a big personal event (the scare of his life, as legend goes), and decided to leave his studies by entering the Augustine Monastery to become a monk, much to his father’s displeasure and objections. Built originally around 1300, the Augustine Monastery was home for Martin Luther until 1511, and it’s here where he was ordained as a priest. The site underwent extensive post-war reconstruction after suffering heavy bombing damage in the Second World War. The monastery is now a seminary and a modest hotel: guided tours of the monastery provide a glimpse to Luther’s early years as a monk, and visitors can now reserve rooms for overnight stays in a no-frills technology-free setting and a peaceful comfortable environment.

The monastery is under consideration as a possible UNESCO World Heritage Site (2015). 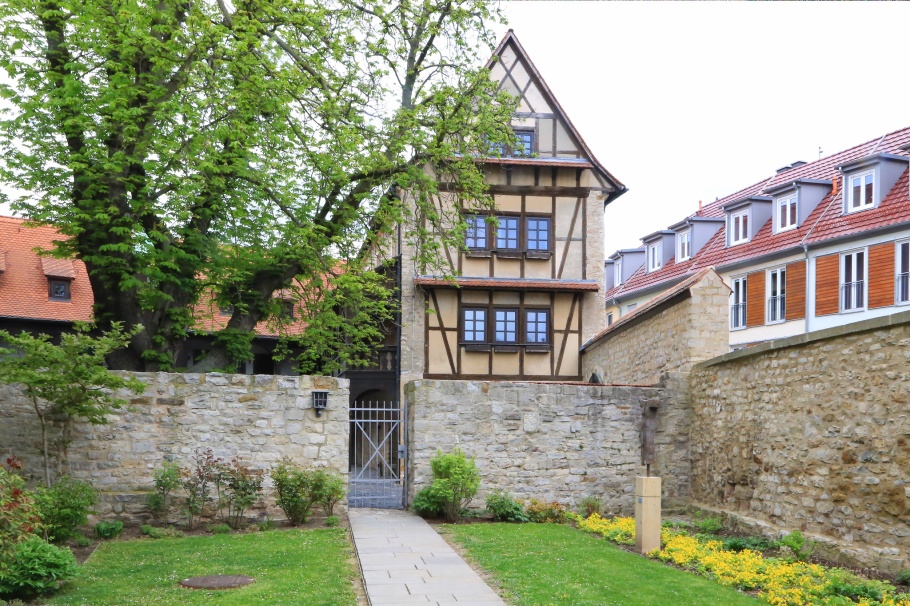 Inside the Lutherpforte gate: east to the Gästhaus (guest house) 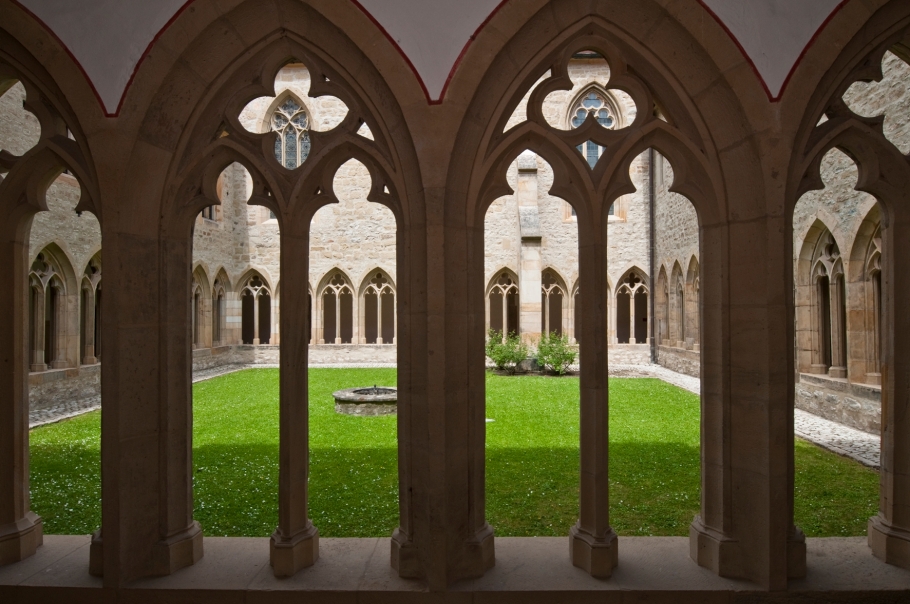 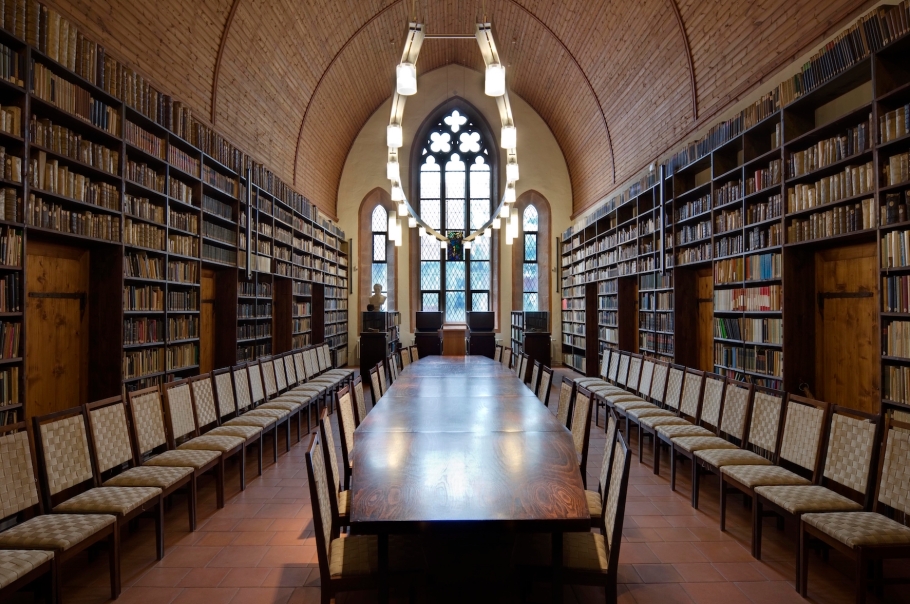 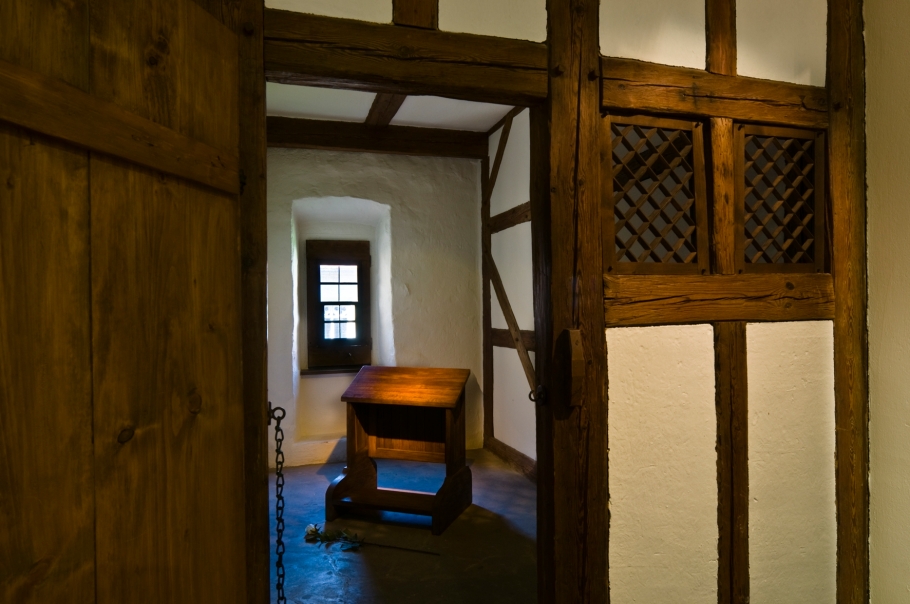 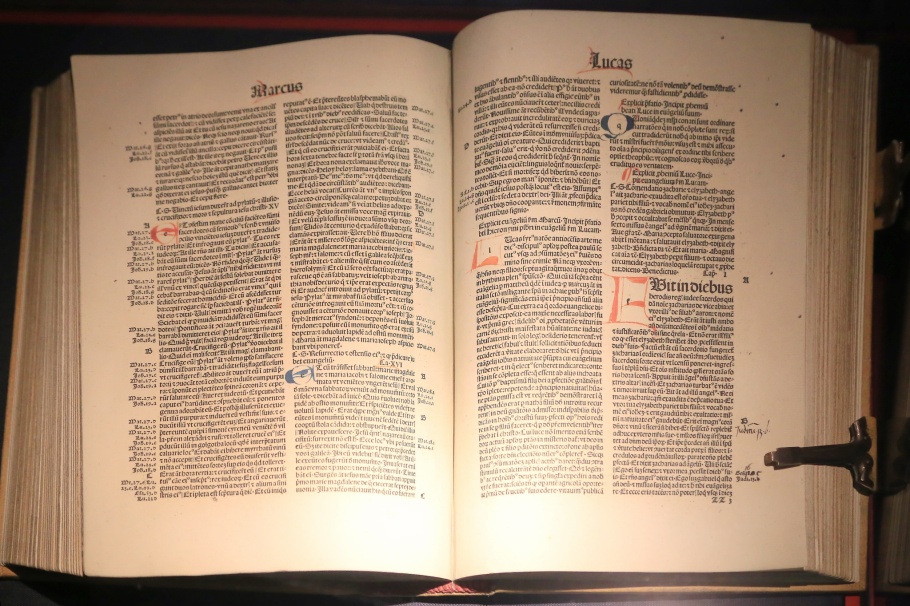 Vulgate Bible, printed in 1491 by Johann Amerbach in Basel and subsequently bound in Erfurt. Shown are the gospels of Mark and Luke in the New Testament. The “Q” at the upper-right is the first verse of the first chapter in the gospel of Luke: “quoniam quidem multi conati sunt ordinare narrationem quae in nobis conpletae sunt rerum …” The NIV translation goes as: “Many have undertaken to draw up an account of the things that have been fulfilled among us …” Photo by HL 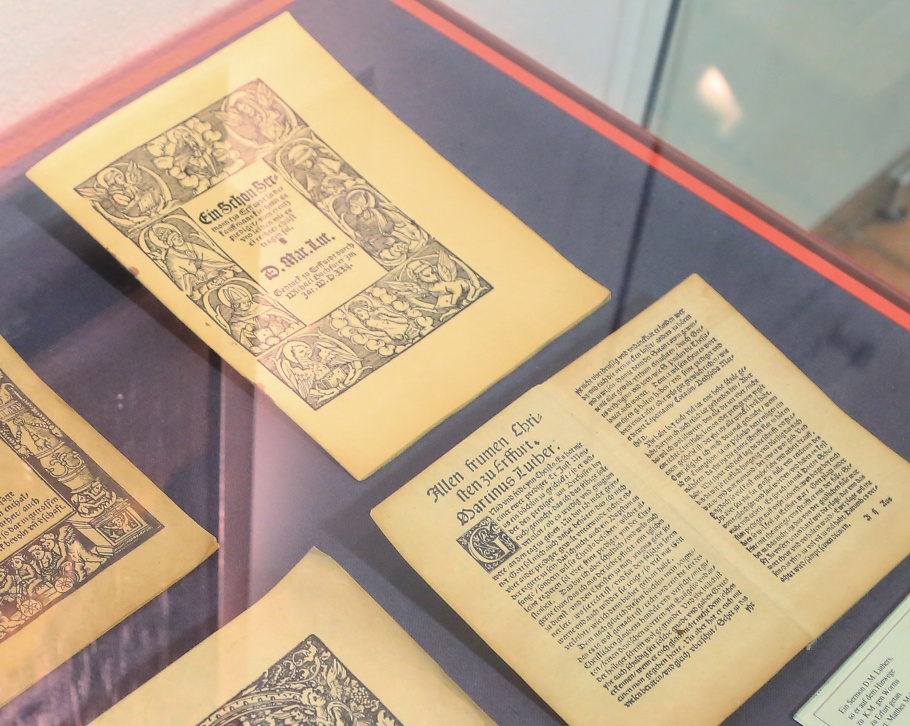 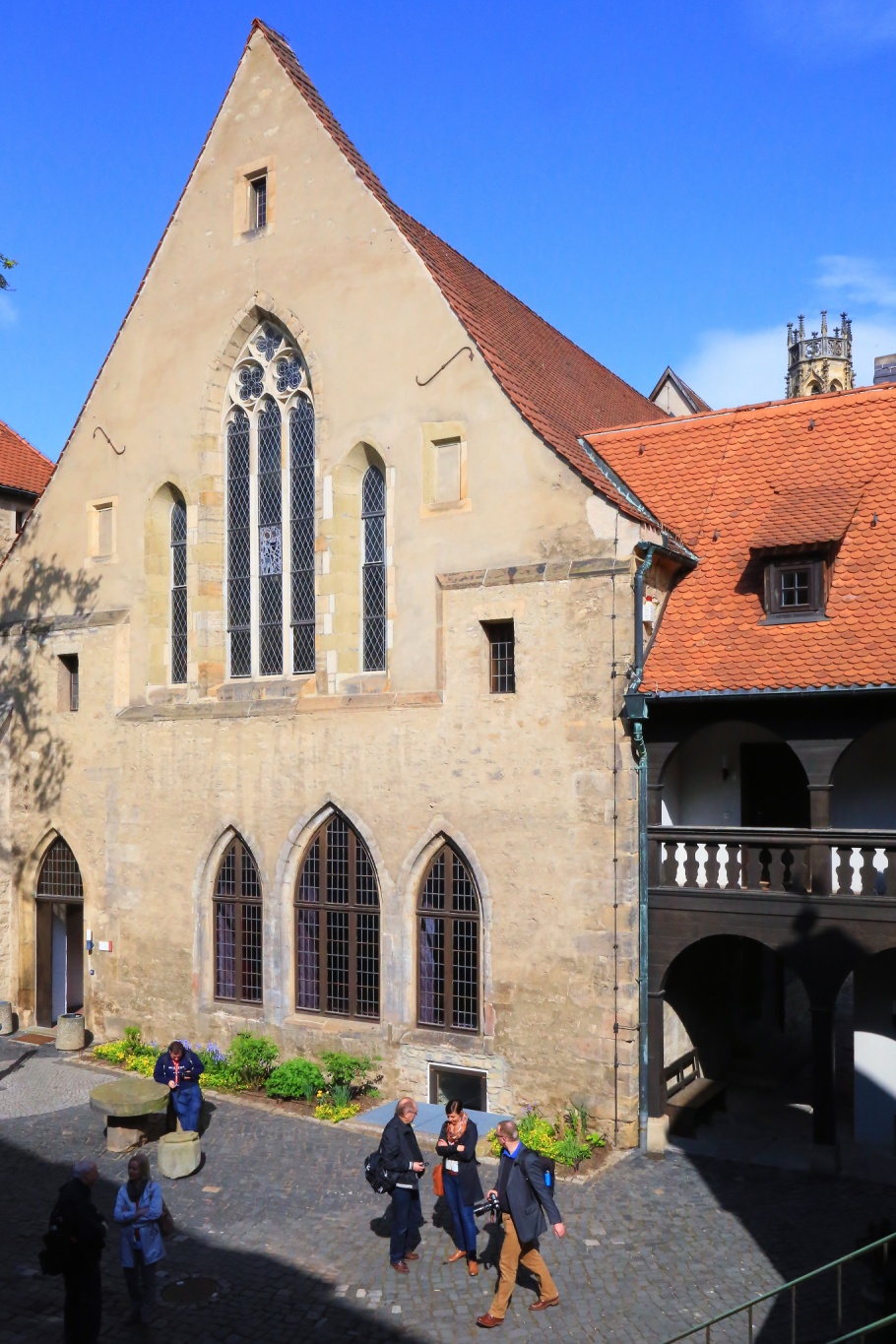 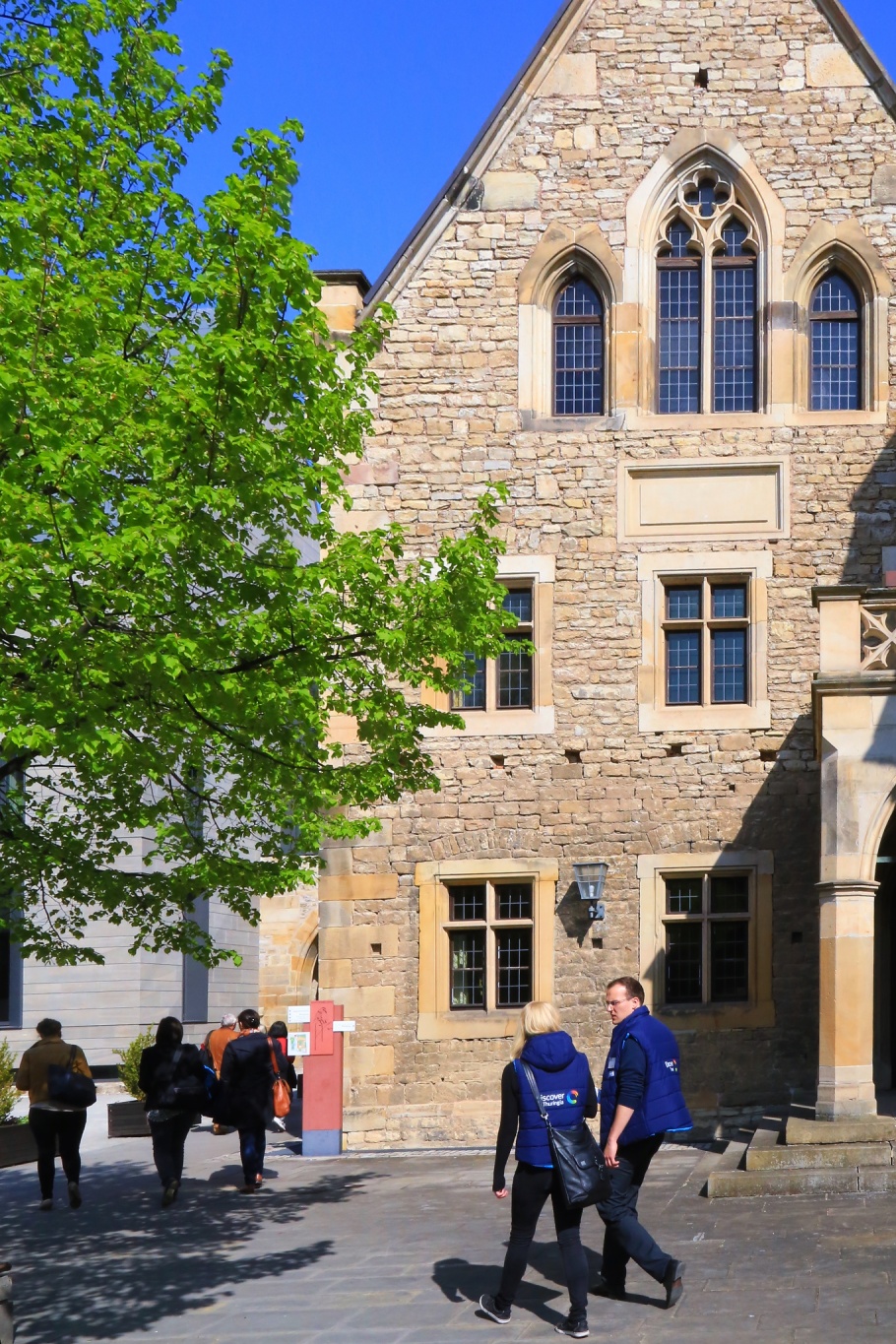 From the reception area towards the newer “Haus der Versöhnung” (HL) 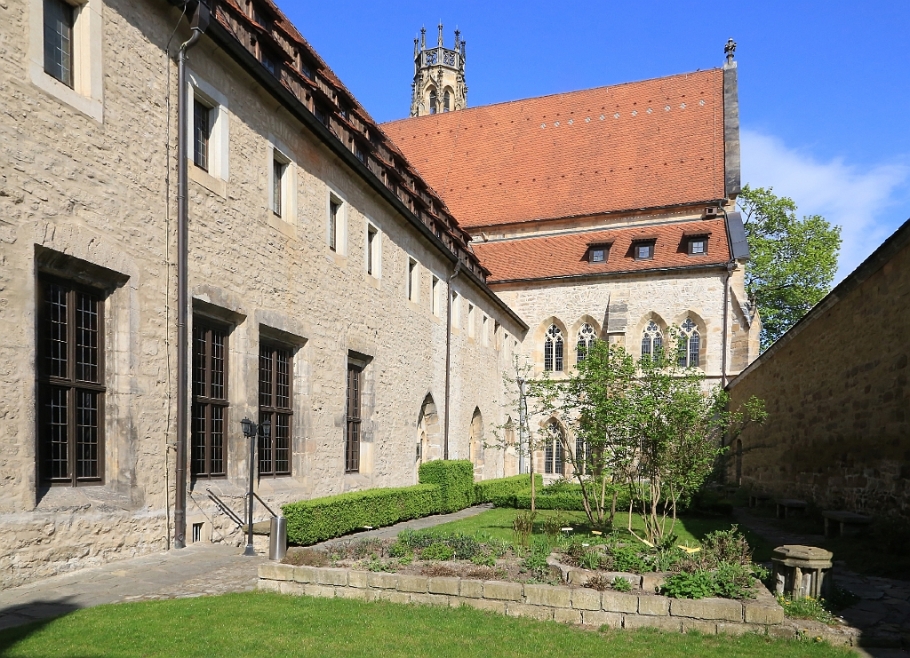 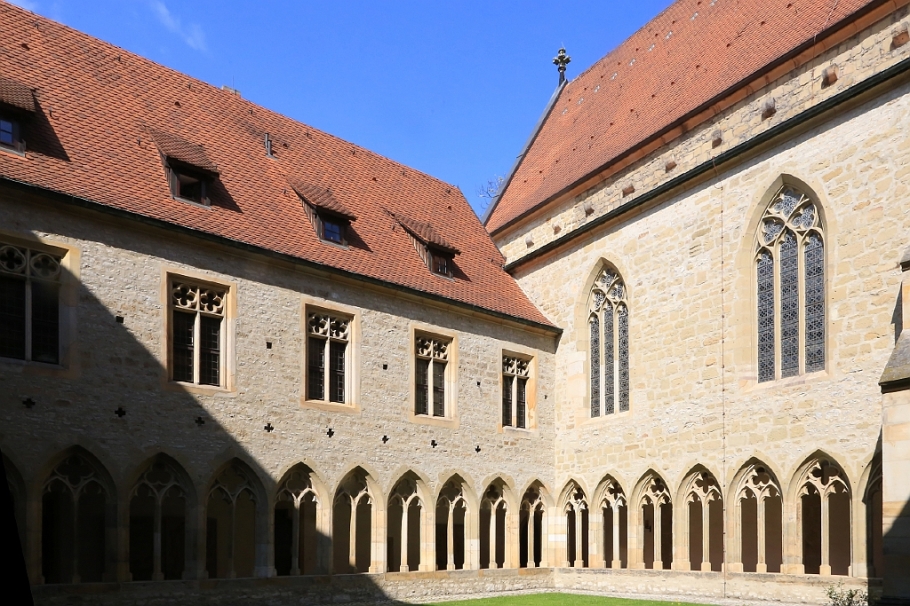 Thanks to Germany Tourism, Erfurt Tourismus, and Visit Thuringia for their support during GTM15 and for access to various venues throughout the city and region, and to Mercure Hotel Erfurt Altstadt for their generous hospitality. Three photos labeled “TB/TTG” indicate photos made by Toma Babovic for Thüringia Tourismus GmbH. I made the other photos on 26 April 2015. This post appears on Fotoeins Fotopress at fotoeins.com as http://wp.me/p1BIdT-98x.

3 Responses to “Erfurt: Martin Luther’s start at the Augustine Monastery”