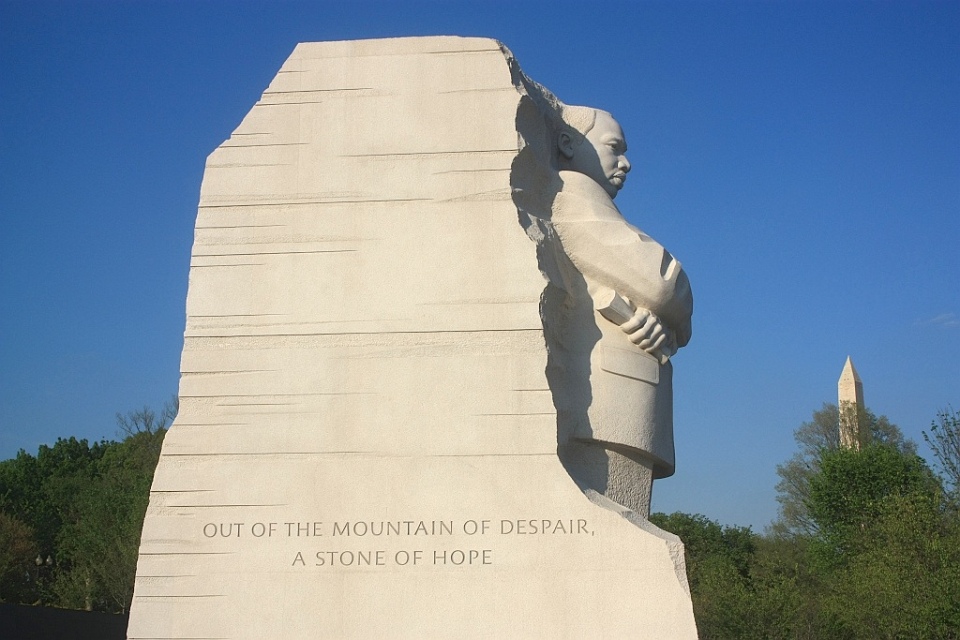 Martin Luther King Jr. is honoured in the United States annually on the third Monday in January. Since 2011, a memorial to the civil-rights leader resides as one of many parks and memorials in the US national capital (District of Columbia). A walk through the trees and lawns of the Mall slowly reveals a magnificent sight on approach, and leaves you breathless in front of the statue, standing tall in solid white granite.

We must rapidly begin the shift from a `thing-oriented’ society to a `person-oriented’ society. When machines and computers, profit motives and property rights are considered more important than people, the giant triplets of racism, materialism, and militarism are incapable of being conquered.

Standing proudly and steadfast, the Martin Luther King Jr Memorial is seen above with the Washington Monument to the right in the background.

I made this photo on 19 April 2012 during my year-long RTW. This post appears on Fotoeins Fotografie at fotoeins DOT com as http://wp.me/p1BIdT-6qa.