Fortune often favours the brave, especially for those who rarely get to see Vancouver from a height of 1500 metres (5000 feet). This city may be my birthplace, but this is my first helicopter tour. The only other occasions I’ve seen Vancouver from the air are from planes on approach to YVR international airport.

We arrive at Vancouver Helijet Heliport on a weekday morning, and hang out for a few minutes in the spacious waiting area, sipping on coffee and chatting with the folks at the front desk. We head outside, file down the walkway to the landing pad, and hop into a Bell 206L-3 LongRanger helicopter (chopper) for our 20-minute sightseeing tour.

The “West Coast Spectacular” tour heads across Burrard Inlet to the North Shore, goes up and over the nearby coastal mountains, flies past Crown Mountain and The Lions (The Sisters), before emerging over Howe Sound. It’s easy to forget this abundant B.C. evergreen wilderness is at the doorstep to Vancouver. After heading south down the Sound, the final half of the tour proceeds past West Vancouver to English Bay (Salish Sea), enters and covers False Creek, crosses over the downtown Vancouver peninsula, makes a small loop over Burrard Inlet, before landing at the harbour base. The map below shows in green the chopper’s path, the Heliport in downtown Vancouver is marked by the helicopter icon, and the blue pins indicate mountains I identified during the tour.

The scheduled 20-minute tour goes by quickly; blink or look away for a moment, and a part of that view in that moment disappears. Not surprisingly, there’s not a lot of chatter throughout the flight, and we’re astonished by what we’re seeing below. After returning to base, we rediscover our voices and express our wonder with grateful enthusiasm. Helijet’s sightseeing tours go for a pretty penny; the “West Coast Spectacular” tour costs $224 CAD per person (minimum of two people, 2014), but the price goes down to about $150 per person for a group of five. These photos show there’s a different side to Vancouver that’s tantalizingly close and within reach. 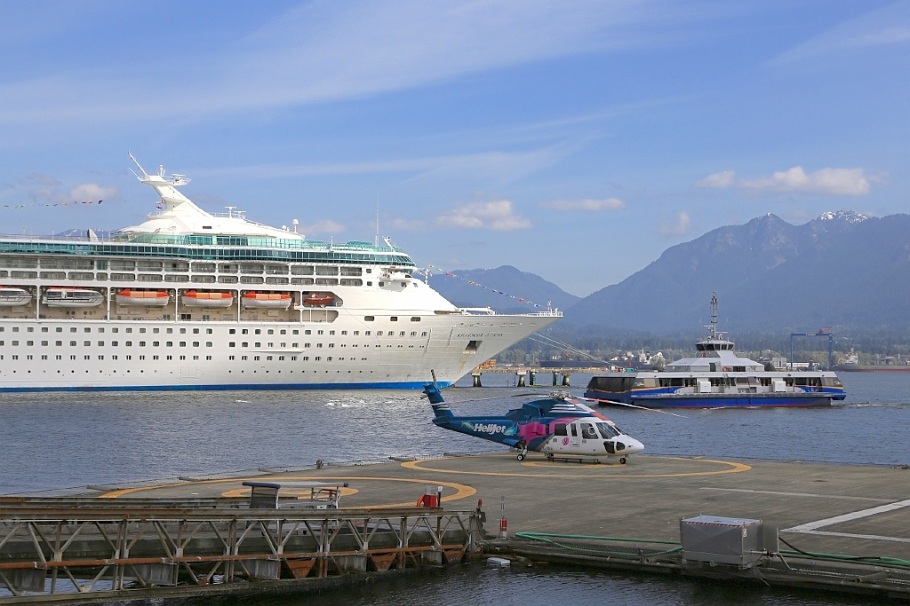 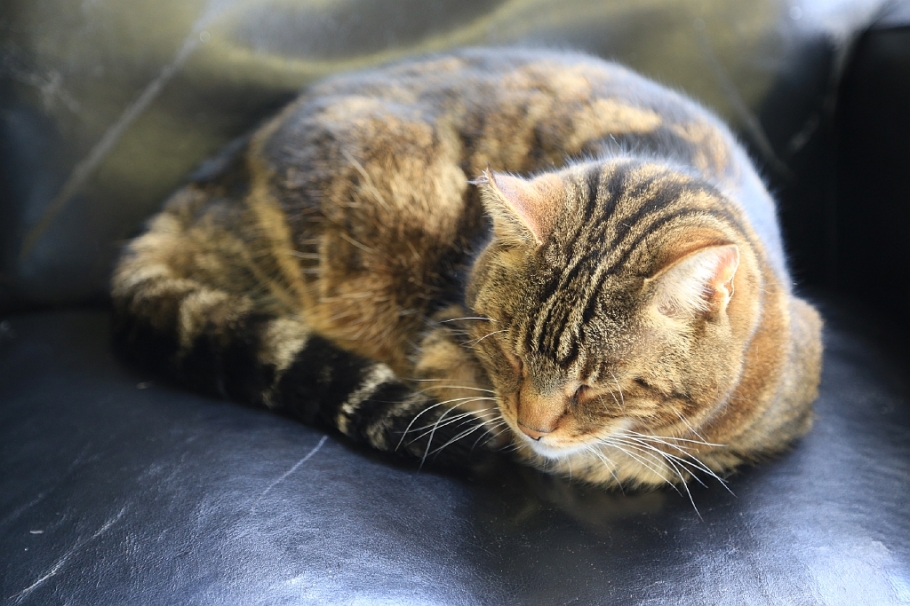 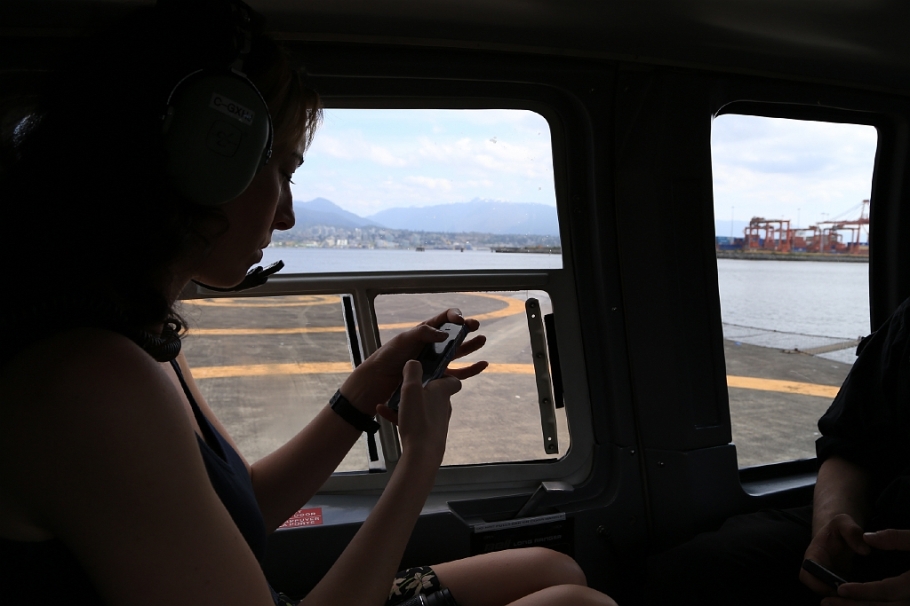 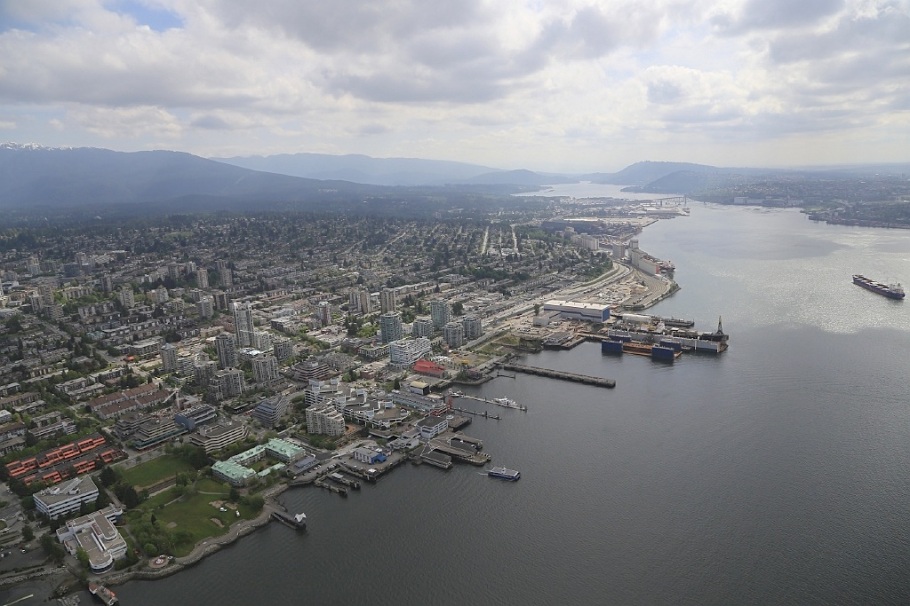 North Shore mountains, from Fromme to Lynn to Seymour 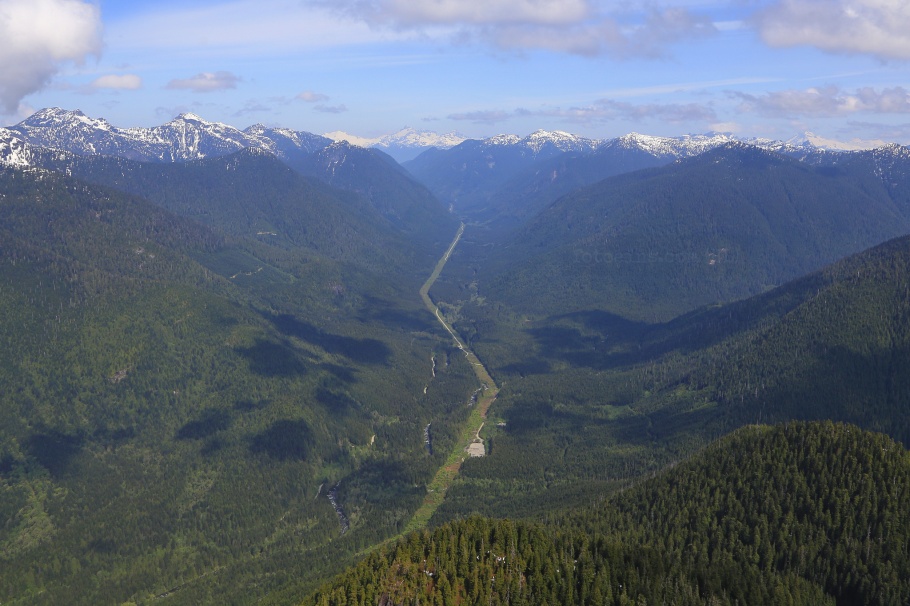 Capilano watershed, with Tantalus & Garibaldi, waaay in the back 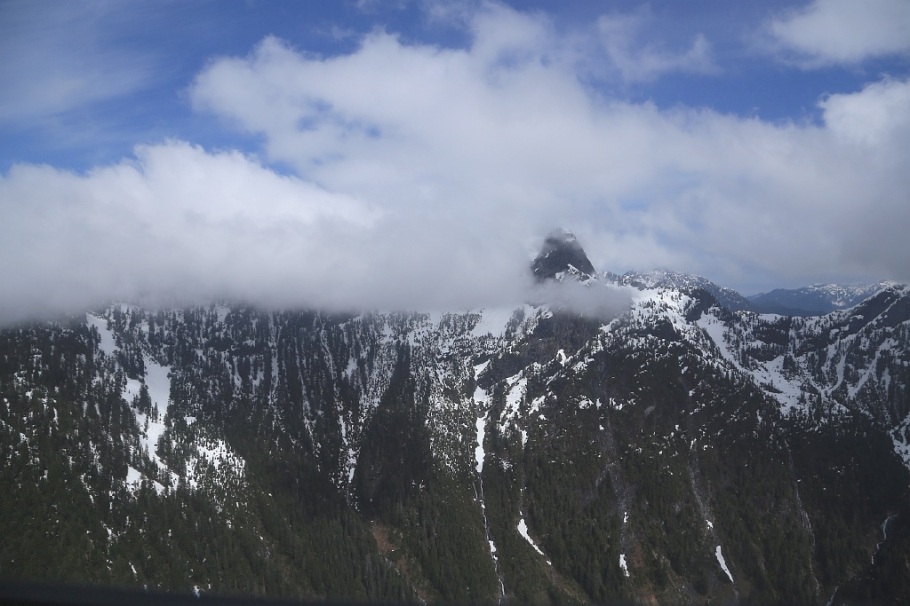 East Lion peeks out from behind the shroud 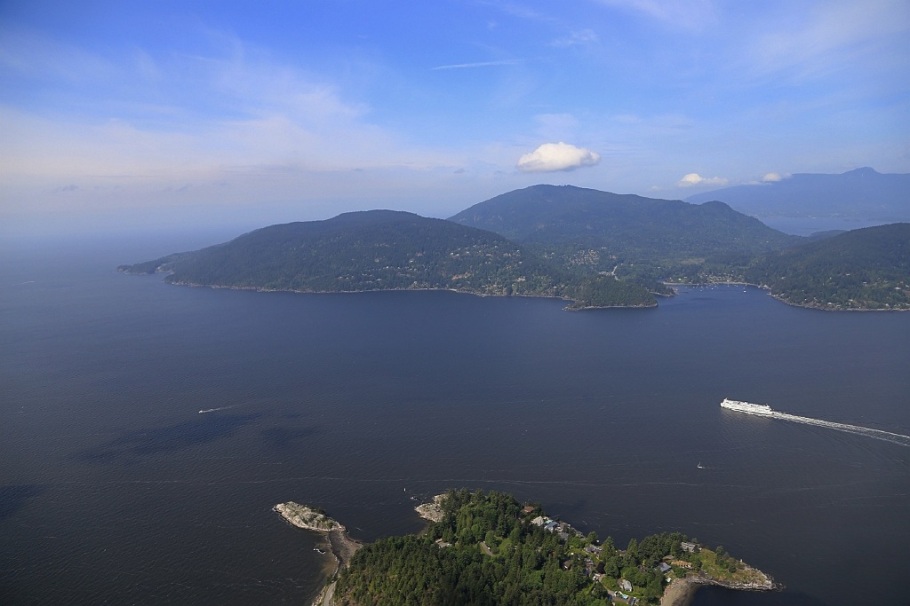 Looking out to Point Grey, over the English Bay ‘parking lot’ 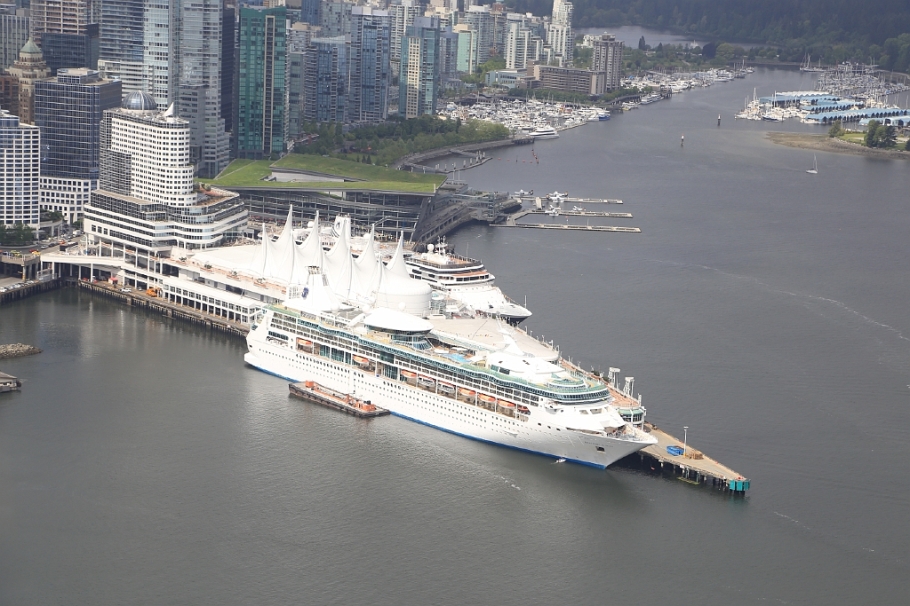 Cruise ships at Canada Place:   ”Rhapsody of the Seas”, “Zaandam”

Much of Helijet’s business is generated with commuter traffic between Vancouver and the provincial capital city of Victoria. In the quieter summer season, the company commits more of its operations to sightseeing tours over Vancouver, as well as additional charters in Haida Gwaii.

Disclosure: I received free of charge the “West Coast Spectacular” sightseeing tour; many thanks to Jay Minter and Helijet for their generosity and hospitality. I made the photos above before and during our sightseeing tour on 16 May 2014. This post appears on Fotoeins Fotografie at fotoeins.com as http://wp.me/p1BIdT-52L.

20 Responses to “Up, up, and away: Helijet chopper tour over Vancouver”