It’s a beautiful Sunday, halfway into a long Labour Day holiday-weekend in the Australian states of New South Wales and the Australian Capital Territory. The early-spring day brings sun, blue skies, and a very reasonable temperature of +21C/70F.

Located in the City centre, Hyde Park is not only the oldest park in Sydney, but also the oldest park in Australia. The area was originally used as a staging ground for soldiers, and in 1810, was officially recognized as a “common” (open land for public use). Then-governor Macquarie named the common after Hyde Park in London, England.

On this afternoon, there are many in Hyde Park : some are here for the art exhibition; some are enjoying a picnic or a suntan on the grass; some are out with their baby strollers; and others have their cameras to photograph the day. A gentleman next to the Archibald Fountain is blowing soap bubbles large and small, to the joy of young and old alike. The tip jar is getting some joy, as the curious stop, watch, and part with some coins.

And so it goes, the streams of soapy spheres on a sunny Sunday in Sydney’s Hyde Park. 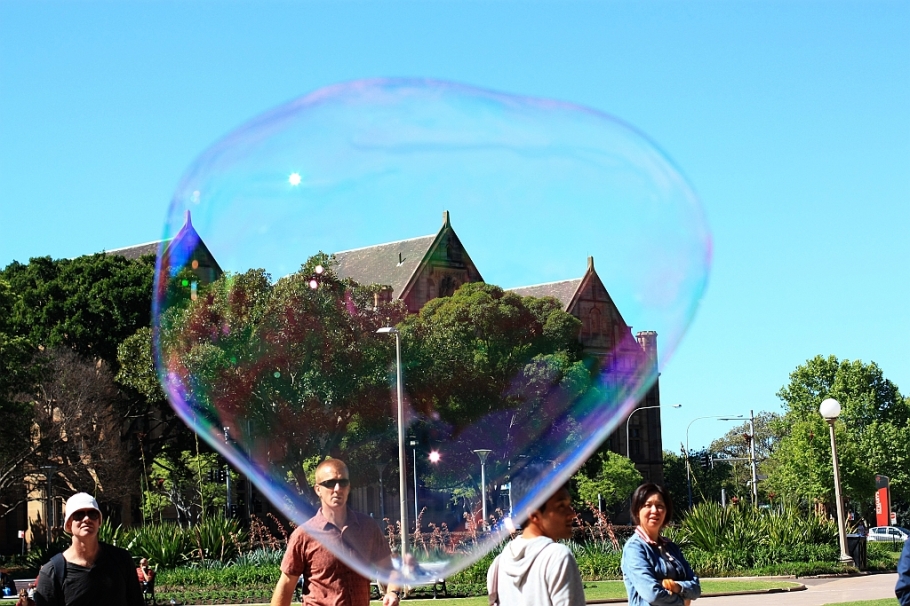 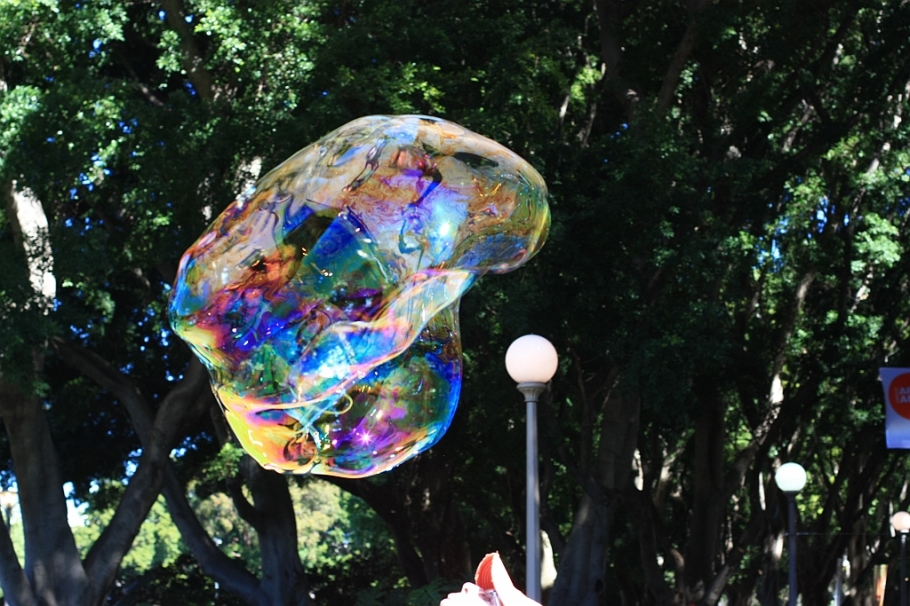 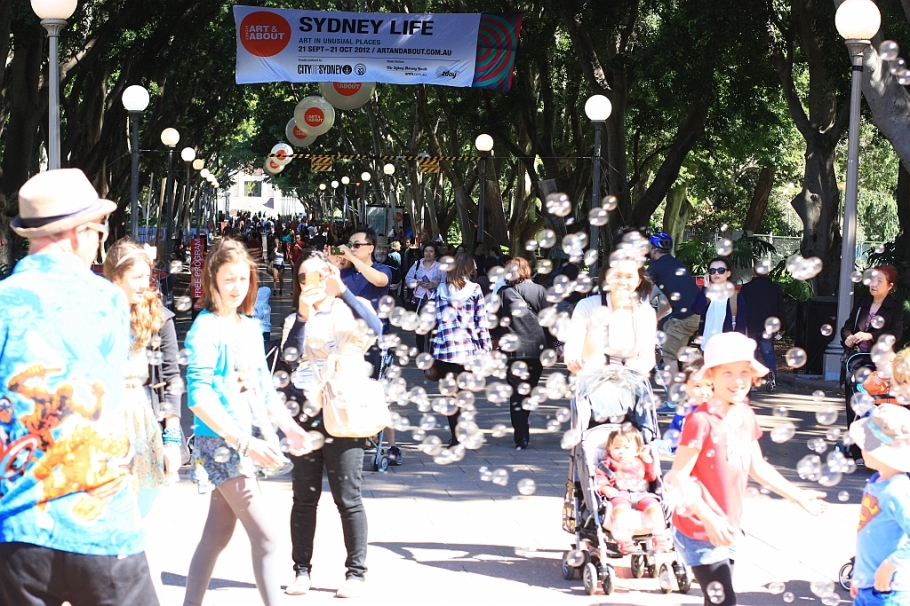 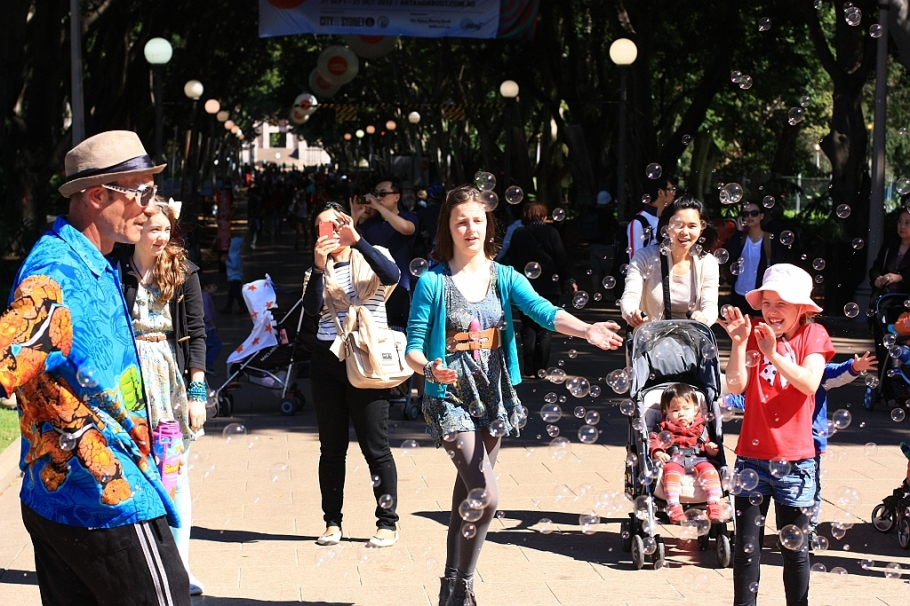 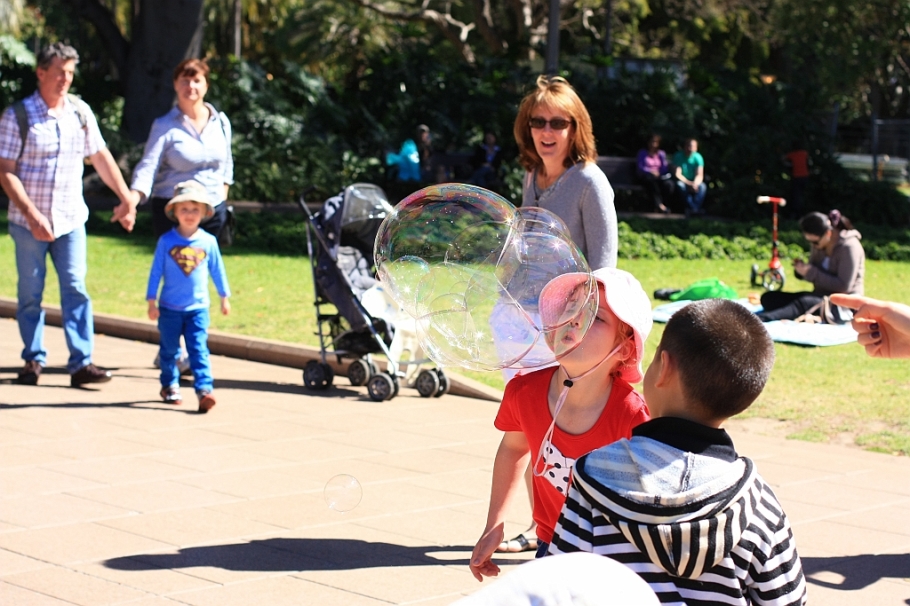 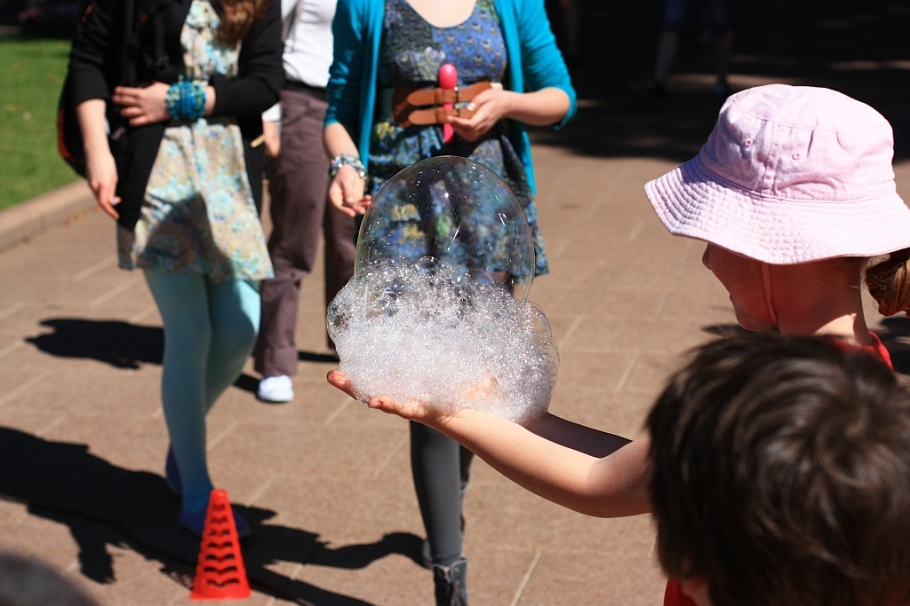 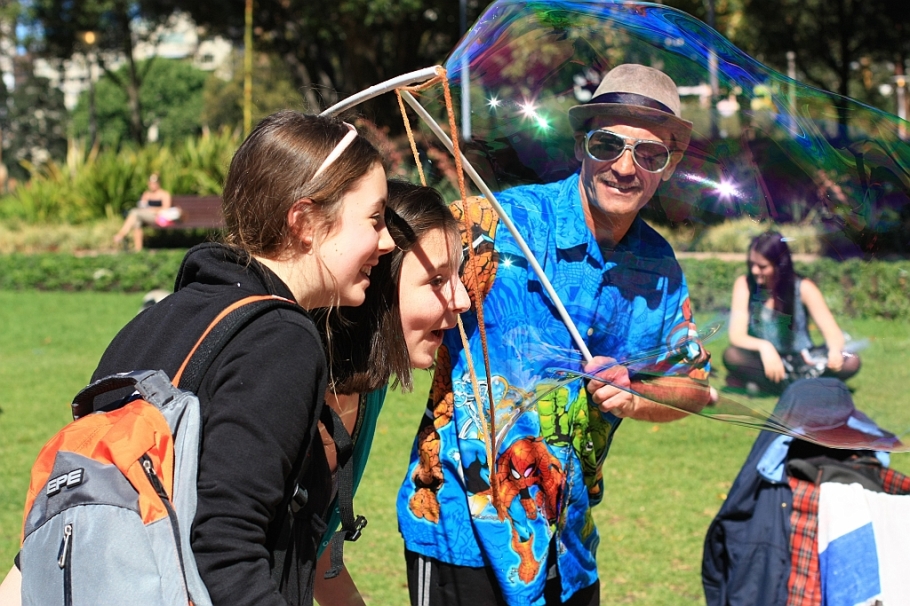