After experiencing various aspects of Christchurch (one, two, three, and four), it’s time to make the journey over to the muchly-anticipated Westland on the South Island of New Zealand.

KiwiRail’s TranzAlpine train departs Christchurch at 815am, and arrives in Greymouth at 1245pm. The return trip leaves Greymouth an hour later for Christchurch. (KiwiRail Scenic is now The Great Journeys of New Zealand.)

The Google map below shows the route of the train up and over the Southern Alps; the red and green markers indicate scheduled stops at Springfield and Arthur’s Pass, respectively. At an altitude of 920 metres (3020 feet), Arthur’s Pass is the highest pass to traverse the Southern Alps. Arthur’s Pass was well known to the Maori as an east-west route, long before surveyor Arthur Dudley Dobson found his way over the pass in 1864.

It’s interesting to note that this is my first of four crossings over the Southern Alps. The view from the train proves to be an “appetizer” for what was to come. During my three weeks on the South Island, I crossed the mountains once by train, twice on coach, and one time from the air.

+5C/40F, at 745am: gonna be a brisk winter morning through the Southern Alps

Hills of the Torlesse, Canterbury 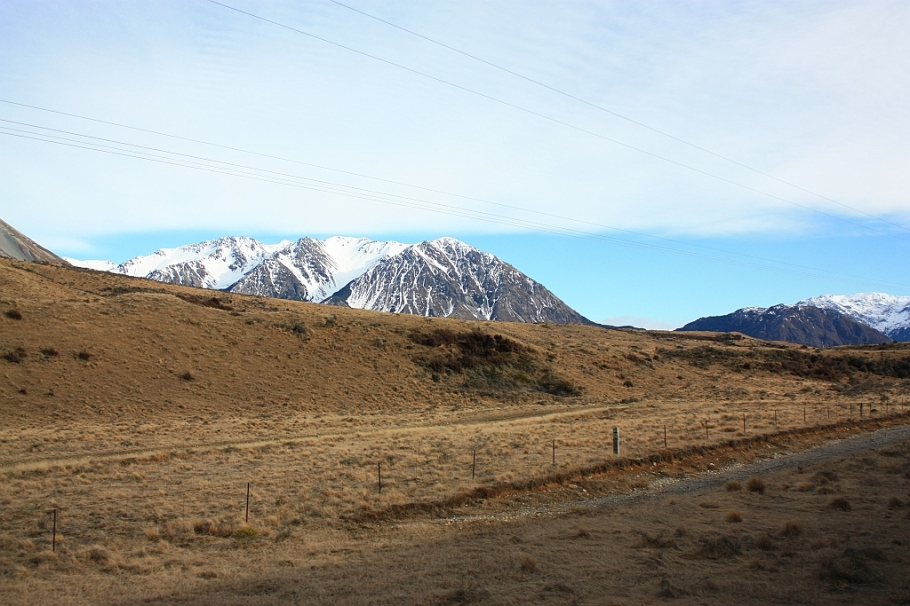 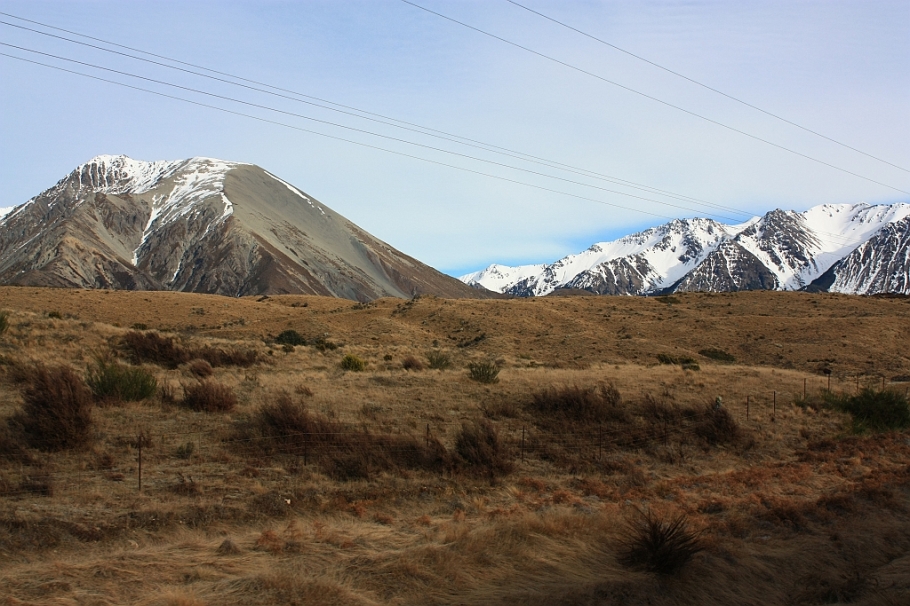 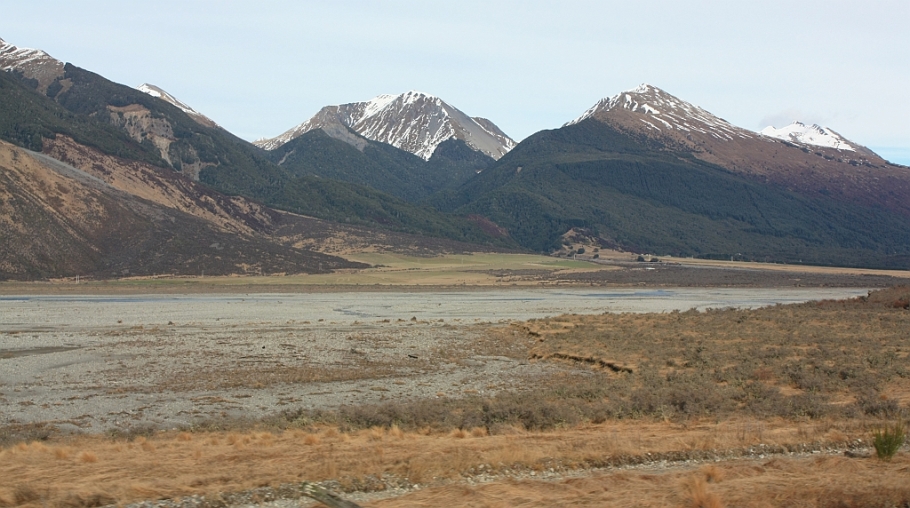 Headwaters of the Waimakariri River 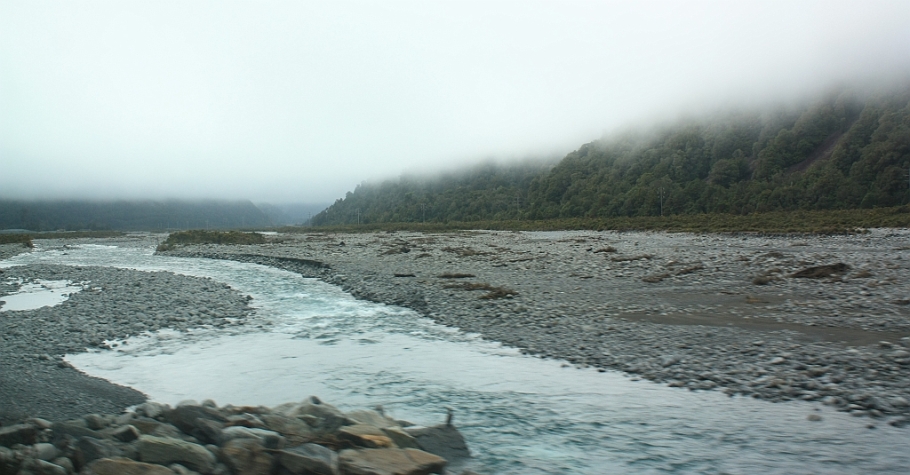 Down into Westland from Otira

Click on the arrow-window icon at the upper-left corner of the map below for the legend.

Disclosure: No Connection, Unpaid, My Own Opinions. I have not received compensation for this post, and I have no material connection to Great Journeys of New Zealand, Kiwi Rail, or Tourism New Zealand. I made all photos above on 18 July 2012. This post is published on Fotoeins Fotografie at fotoeins DOT com as http://wp.me/p1BIdT-274.

8 Responses to “New Zealand: TranzAlpine from Christchurch to Greymouth”