19 Nov 2020: In time for the Seahawks’ home game against the Arizona Cardinals, the sports stadium where the NFL Seahawks (and the MLS Sounders) play was rebranded to Lumen Field.

As the beginning to my year-long around the world journey, I’d say my visit to Seattle was successful.

There was much food, in between stuffing my cakehole with beautifully cured meats at Salumi, some of the best fish and chips in town at Pacific Inn Pub, watching UEFA Champions League football in Shultzy’s, great dim sum at Jade Garden in the International District, and a steady diet of lattés throughout town.

Over the Presidents’ Day holiday weekend, I managed to stop eating long enough to take a guided tour of the football-and-soccer stadium near Pioneer Square in downtown Seattle.

I’ve watched the Seattle Seahawks since their inception and inclusion into the National Football League in 1976. As the concept of a multi-purpose stadium was all the rage in the late-70s and 80s, the Seahawks and Mariners (joining Major League Baseball in 1977) played in the King County Multipurpose Domed Stadium, better known as the Kingdome.

Eventually, the Seahawks and Mariners went their separate ways to build their own stadia. The Kingdome was demolished by implosion in 2000 to make way for a new football stadium. The new stadium opened in 2002, and is now called CenturyLink Field. The primary tenants are the Seattle Seahawks and Seattle Sounders FC (MLS).

The 12th Man is an important part of the Seahawks’ fan-base and culture to the extent that one 12th Man Executive Suite is reserved for fans.

Every helmet represents a high-school football team in the state of Washington.

View of the field from Section 326. 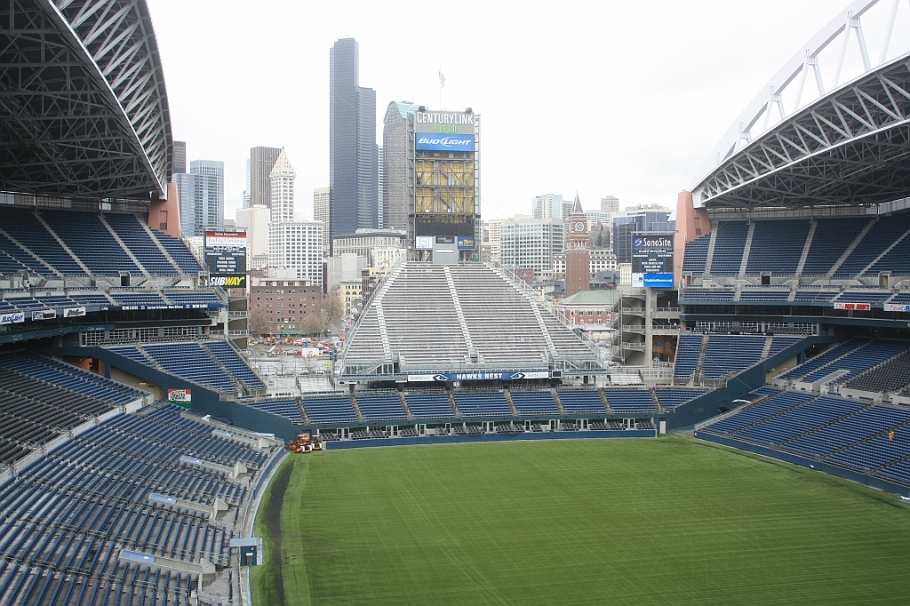 East seating, Ring of Honor, retired numbers (as of Feb 2012) 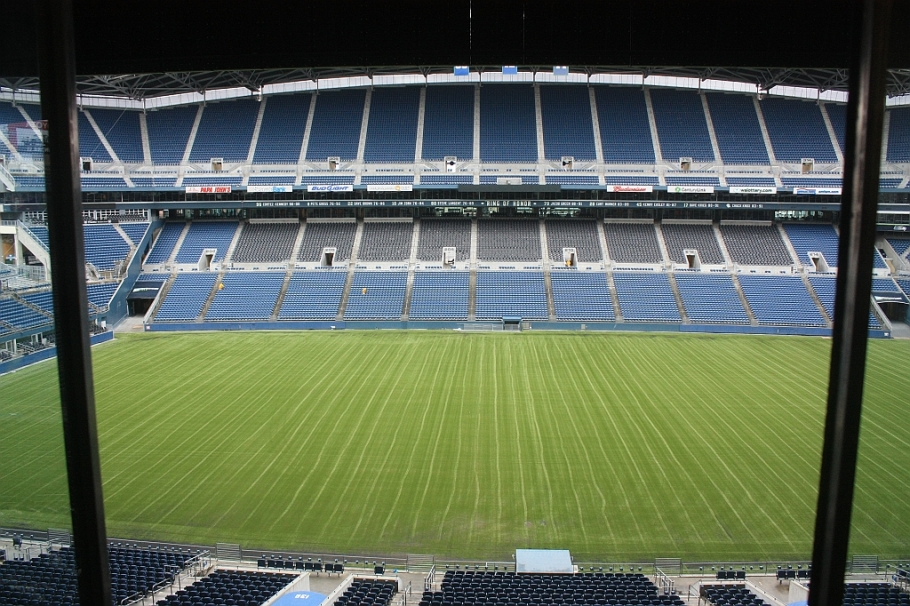 View of the field from press box 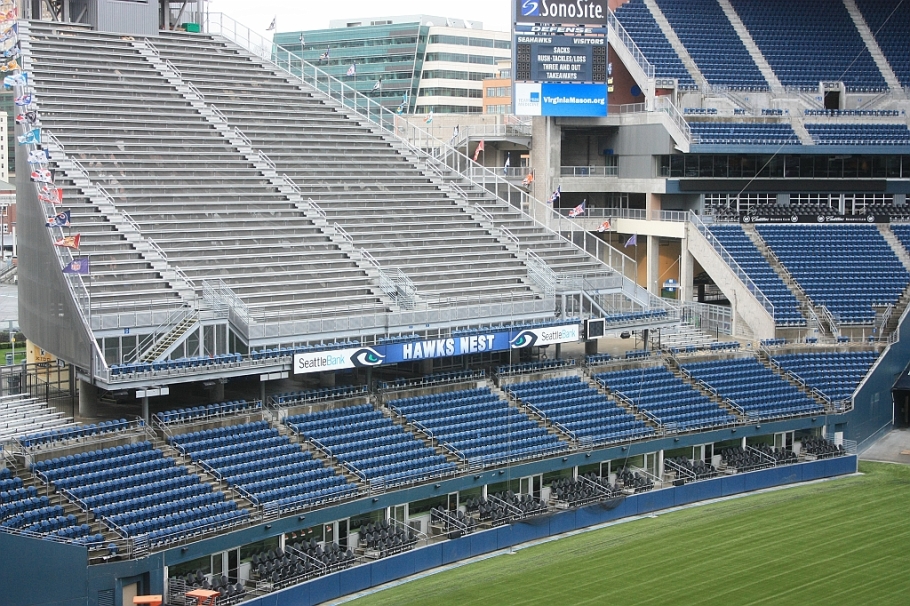 “Rooting” for a team is a North American expression of support 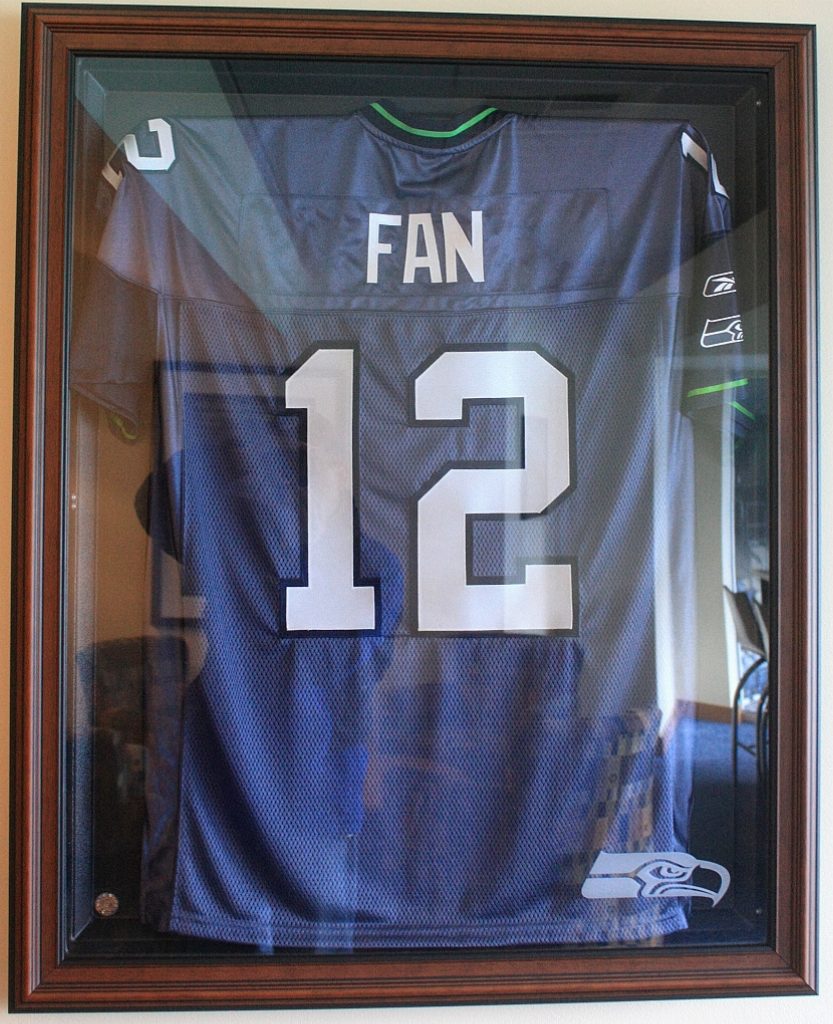 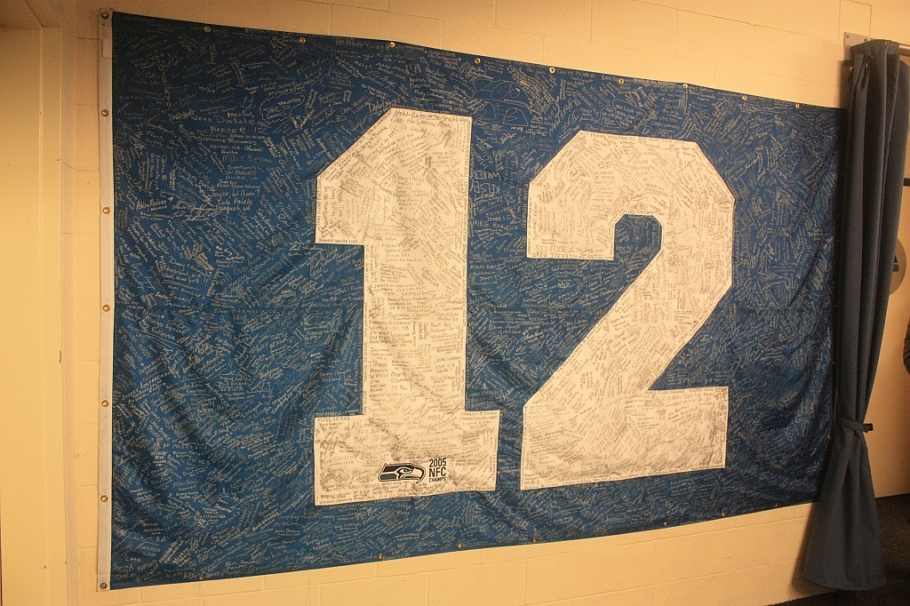 On a beautiful spring day, I returned for a second tour of the stadium.

I received no compensation for writing this content and I have no material connection to Lumen Field, the Seattle Seahawks, the NFL, the Seattle Sounders, MLS, or the city of Seattle. I acknowledge my time on the traditional and ancestral land of the first people of Seattle, the Duwamish (Dxʷdəwʔabš) People past and present, and honour with gratitude the land itself and the Duwamish Tribe. I made the photos on 18 February 2012 with a Canon EOS450D/Rebel XSi and 15 April 2017 with a Canon EOS6D mark1. This post appears on Fotoeins Fotografie at fotoeins DOT com as http://wp.me/p1BIdT-1uc.

One Response to “My Seattle: inside Lumen Field (IG)”