I’m a longtime baseball fan, going way back to the days of watching on CBC Television many Montréal Expos’ home games at Jarry Park Stadium, and back to the inaugural seasons for both the Seattle Mariners and the Toronto Blue Jays. I’ve been looking forward to visiting Camden Yards in Baltimore since its completion in 1992. I’m visiting friends in Baltimore as one of many North American stops in my 2012 around-the-world (RTW) trip. With the added bonus of the stadium’s 20th anniversary, we’re on a weekday-afternoon tour of Oriole Park at Camden Yards. Although baseball season is already a few weeks in, there are only six of us on the tour. It feels like we have all of Camden Yards to ourselves.

I’m also a fan of sports history. A few weeks earlier, I returned to Toronto for the first time in ten years, and I found some ‘religion’ in the presence of “The Holy Grail” inside the Hockey Hall of Fame. Here at Camden Yards, it’s special to examine an important part of Oriole and baseball lore, reading about Brooks Robinson and Frank Robinson, and seeing the various displays for Cal Ripken Jr.

At home plate, I imagine I’m at bat, and smacking a 3-2 outside fastball towards the warehouse wall in right field, and I’m rounding the bases … 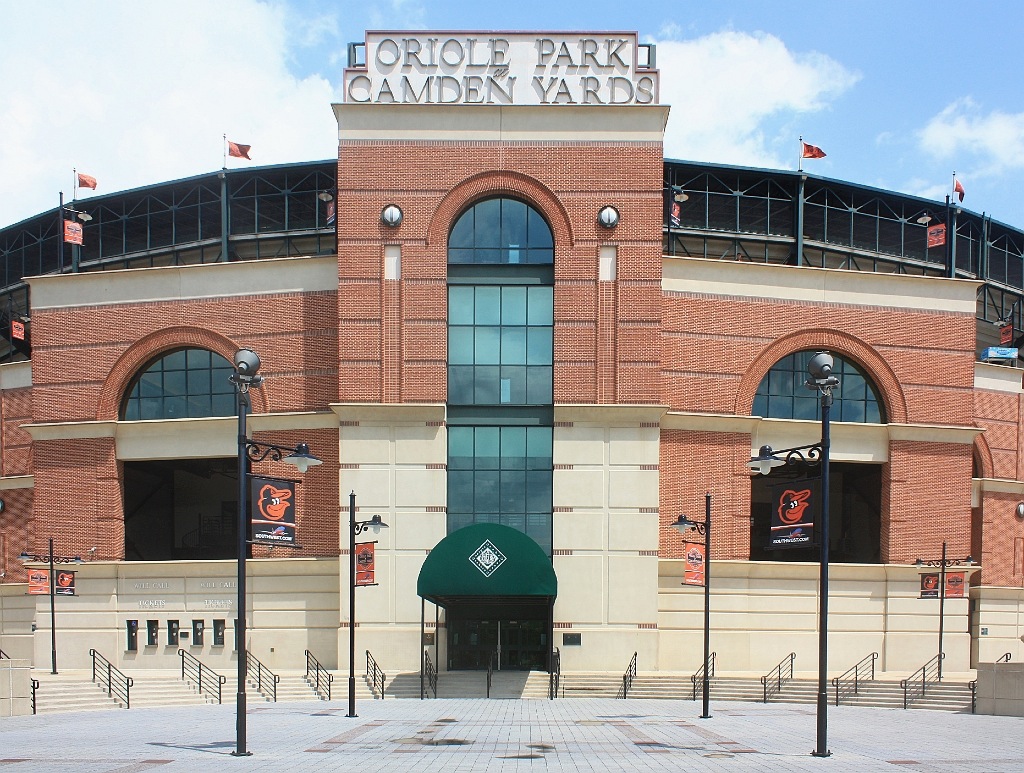 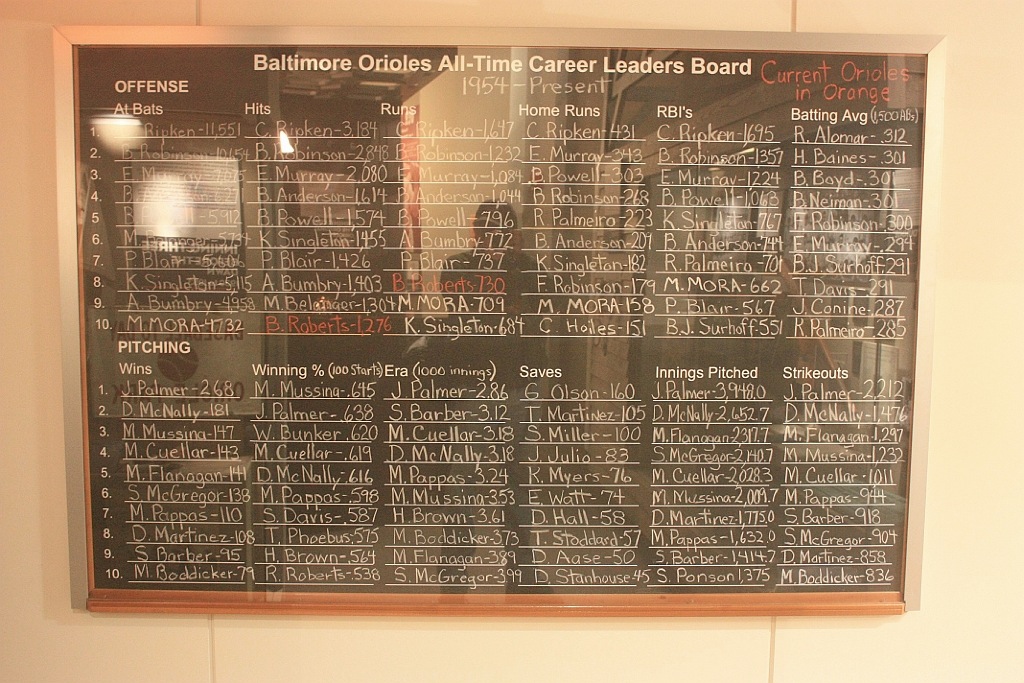 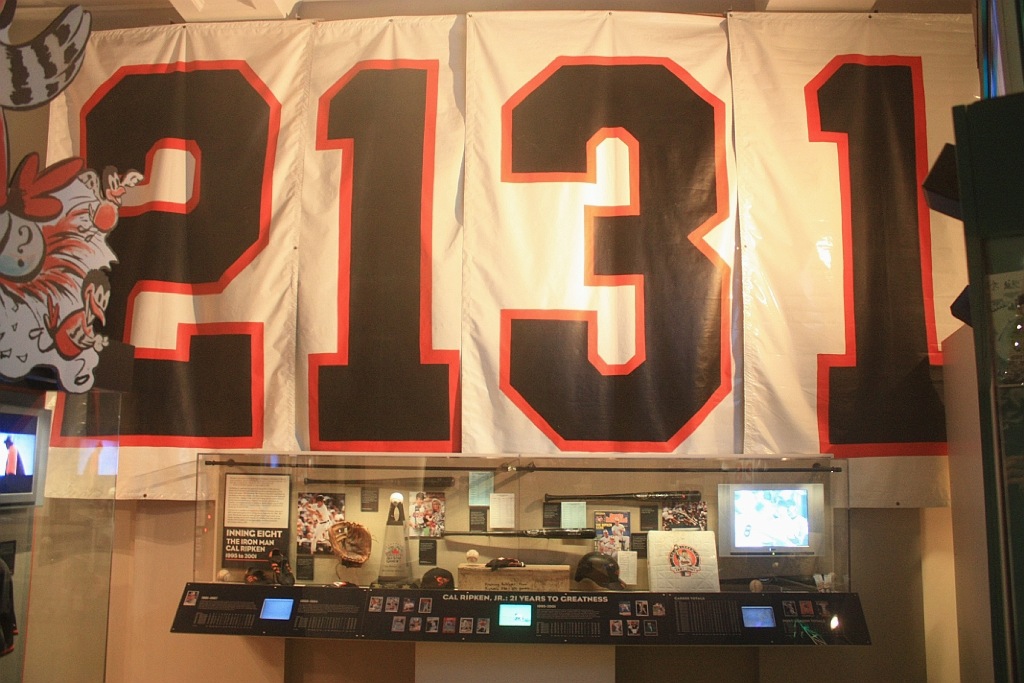 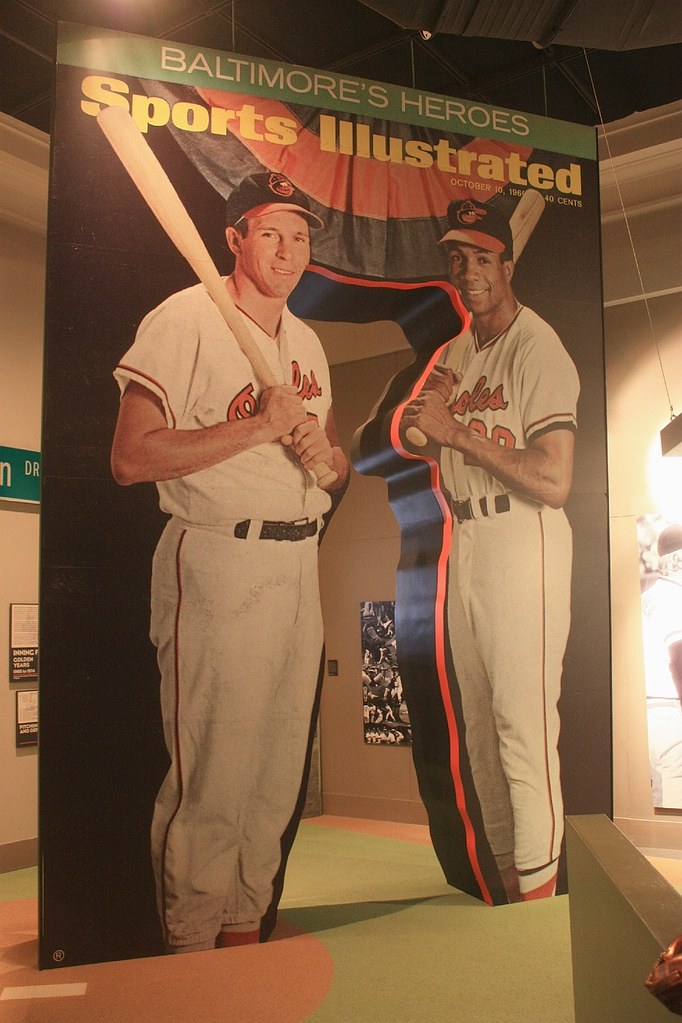 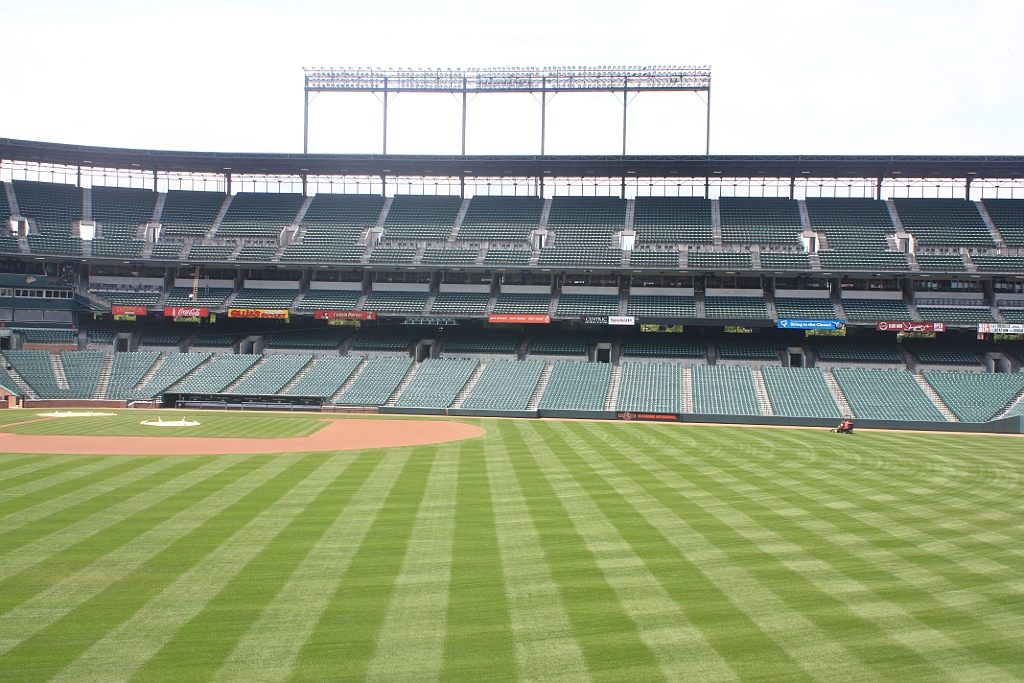 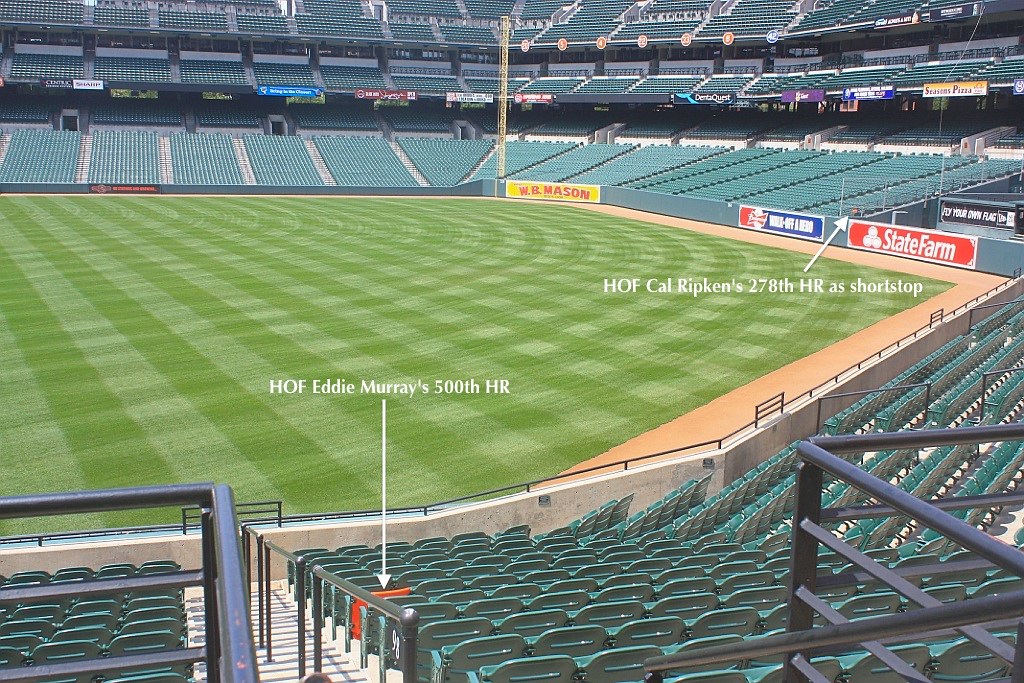 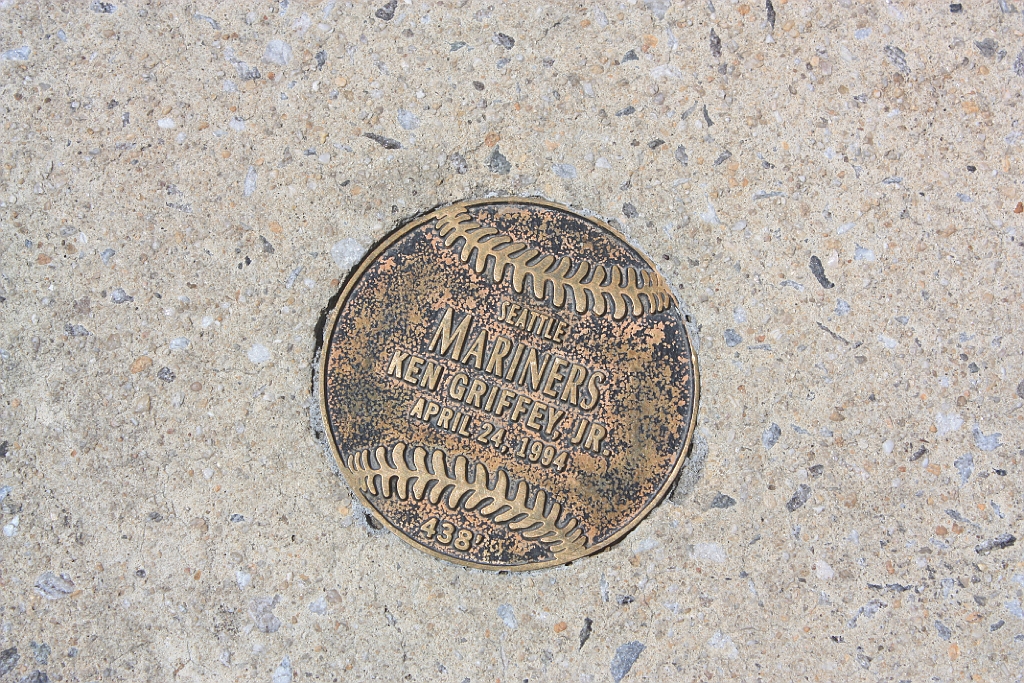 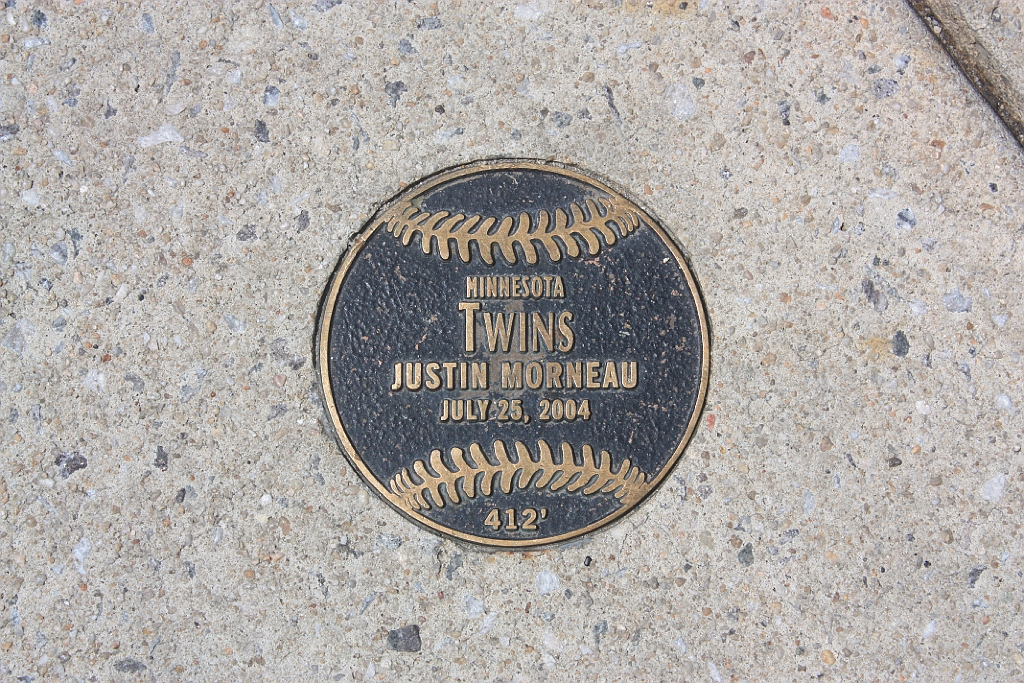 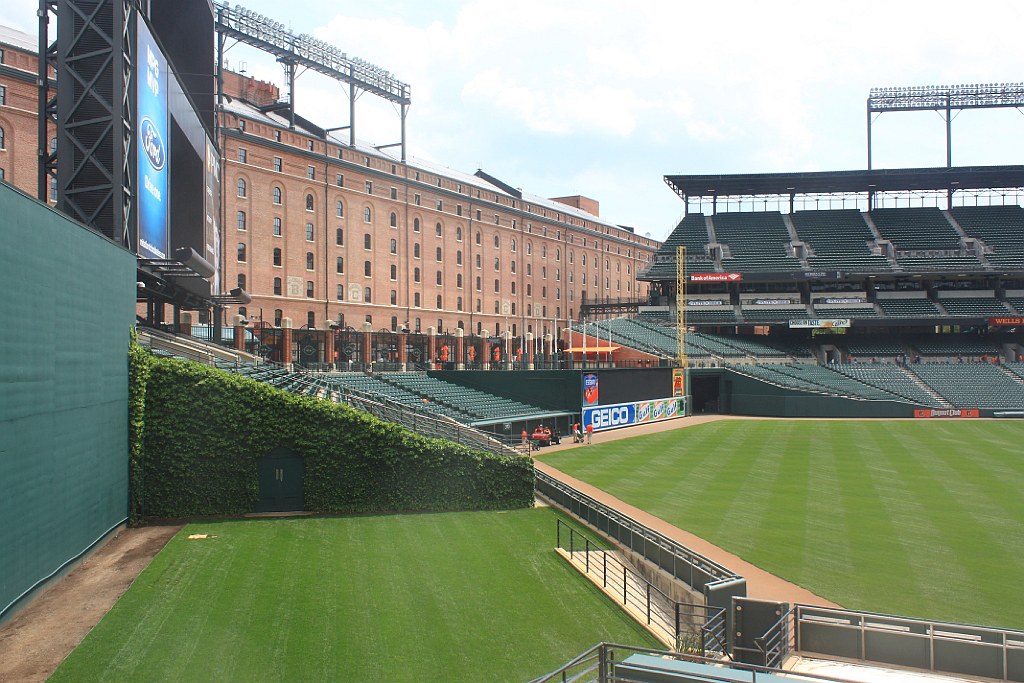 To center-field and the warehouse wall behind right-field 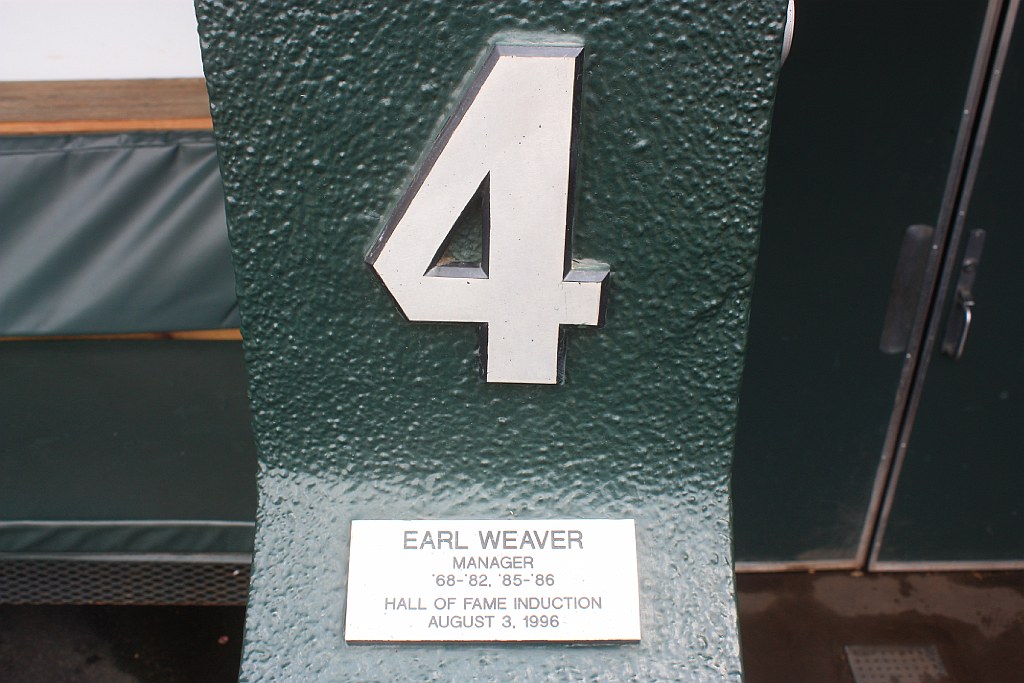 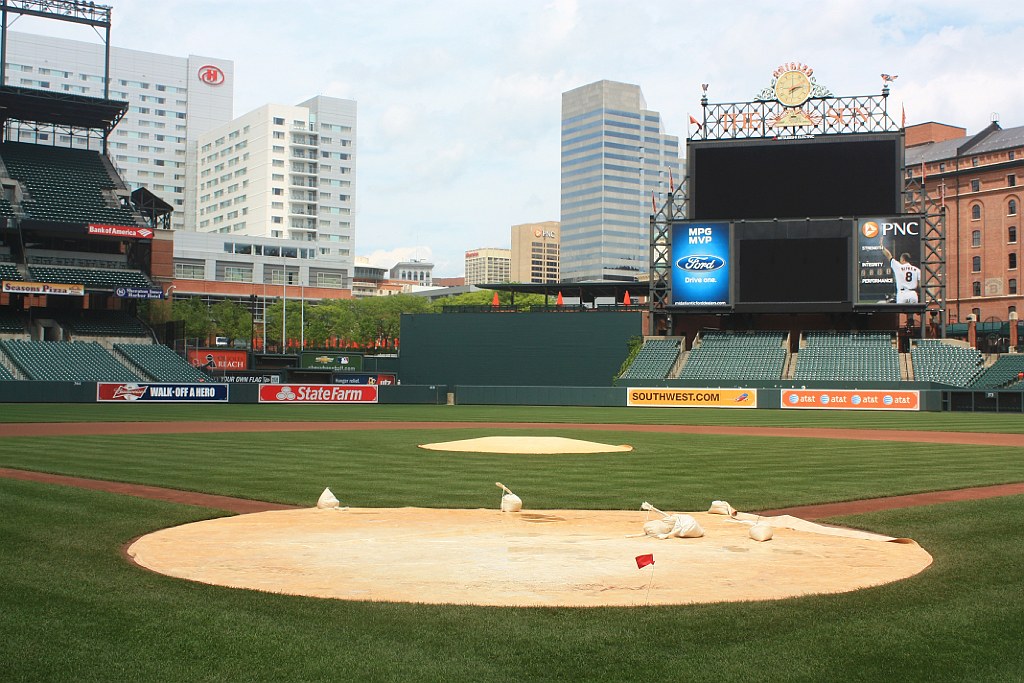 Behind home plate, to center field and beyond 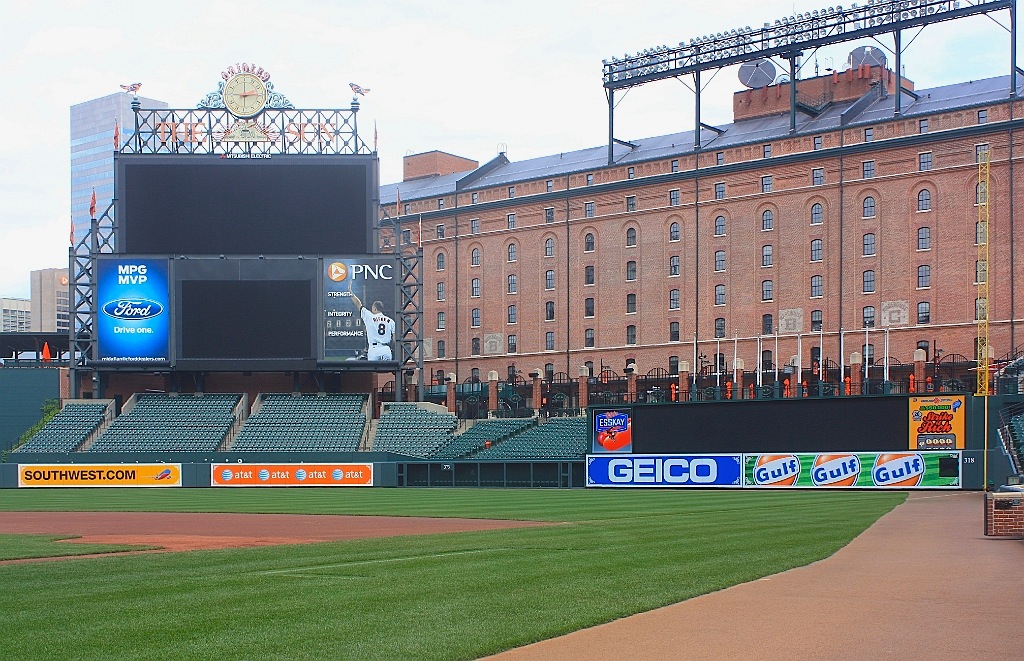 Warehouses B and C beyond right field 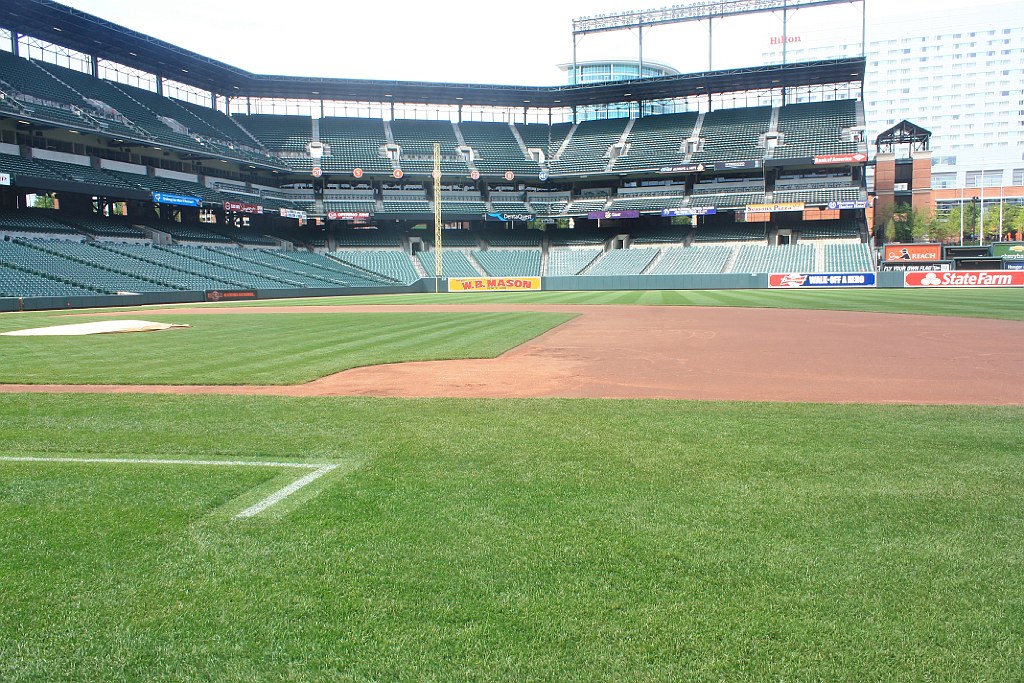 View from first base 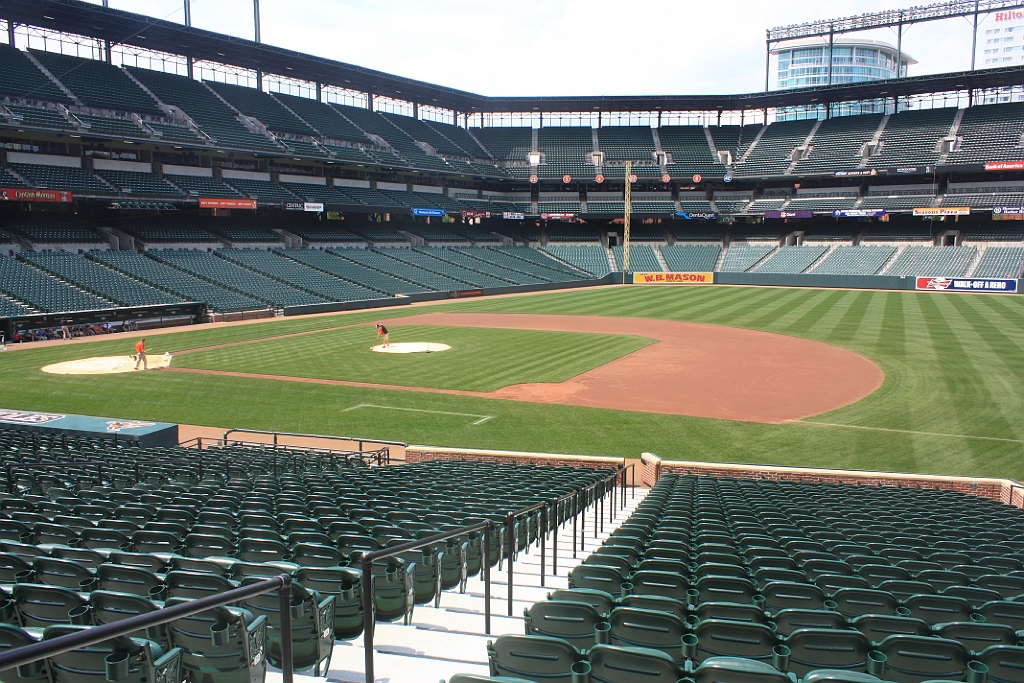 Lower level seats with direct view of the infield 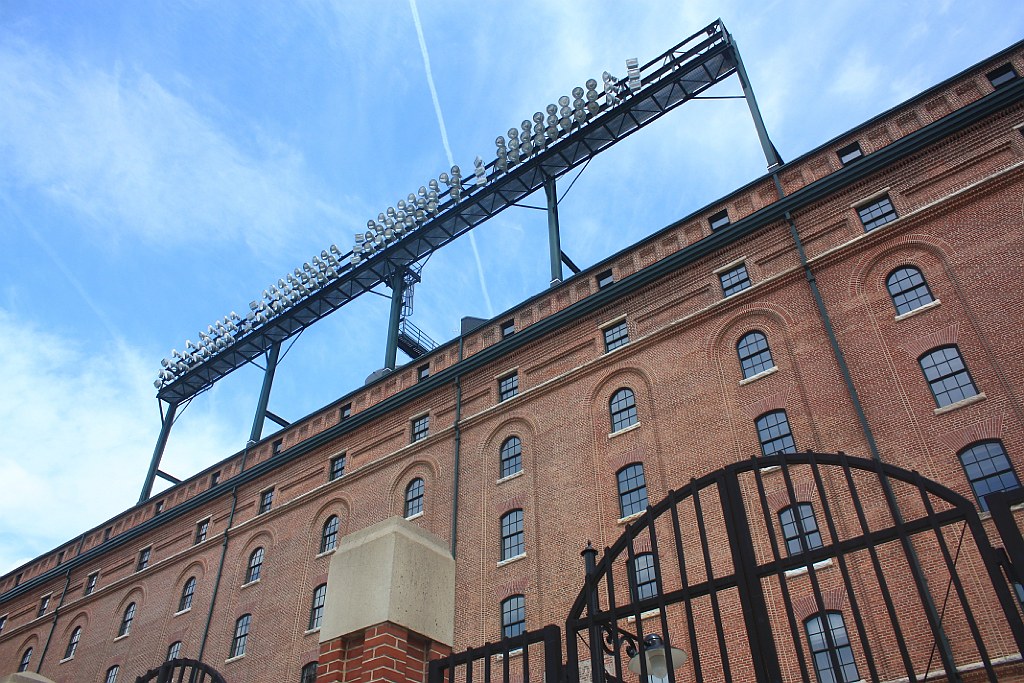 Up at the warehouse beyond right field

Disclosure: No Connection, Unpaid, My Own Opinions. I have not received any compensation for writing this content and I have no material connection to the Baltimore Orioles, Camden Yards, or Major League Baseball. I made the photos on 1 May 2012, and I’m grateful to MB and MSK for their generous hospitality. This post appears on Fotoeins Fotografie at fotoeins DOT com as http://wp.me/p1BIdT-3ds.