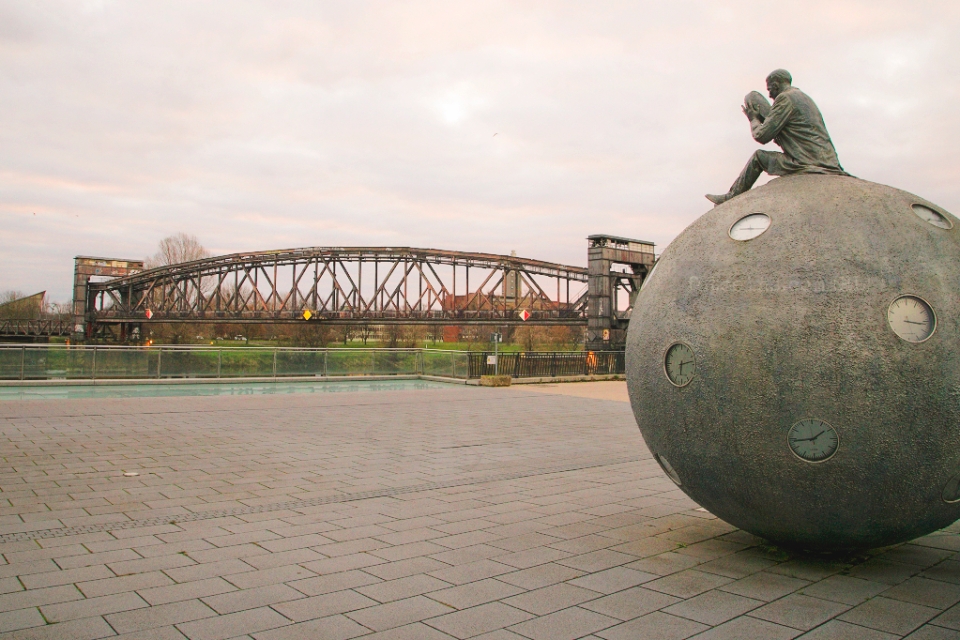 I feel every hour of every day more keenly, especially as some of my contemporaries have recently died far too early. As children, we all felt we were held back, against the sluggish crawl of time. Today, we’re holding on as hard as we can, engulfed within the surge of time. Is it better to give in to the flow, or is it better to stand and making turbulence in the tide?

Along the Elbe river promenade in the east German city of Magdeburg, a sculpture appears to keep track of time in a neighbourhood not far from the city’s Cathedral.

END_OF_DOCUMENT_TOKEN_TO_BE_REPLACED

“Yes, but by design, there’s a lot of green foliage integrated within and around the building.”

“But why is the building pink?”

“That colour irritates a few people, particularly some at the big bank next door and even some at state government offices nearby.”

Wouldn’t that be fitting for Hundertwasser, who declared straight lines as “godless” and called his final work “an oasis for humanity and nature in a sea of rational houses”?

In art and in architecture, there’s no mistaking an inevitable clash between what’s “fanciful” and what’s “functional”. Not only has this conflict always been around in some shape or form, it’s a sign there’s change, disruption, or rebellion against the staid of the contemporary. What’s also true is that what’s believed to be “common” has rarely been universal, by place or in time.

END_OF_DOCUMENT_TOKEN_TO_BE_REPLACED

As the largest Gothic church in northern Europe, Cologne’s Cathedral gets a lot of love in words and pictures for its size and splendour. But the distinction of oldest Gothic church in Germany goes to Magdeburg. The church is the city’s landmark and the church’s benefactor is part of the city’s nickname as “Ottostadt”. The full name of the church is “Dom zu Magdeburg St. Mauritius und Katharina”, or Magdeburg Cathedral of Saints Catherine and Maurice, reflecting the history at this very location since the 10th-century.

Magdeburg Cathedral is important because:

END_OF_DOCUMENT_TOKEN_TO_BE_REPLACED 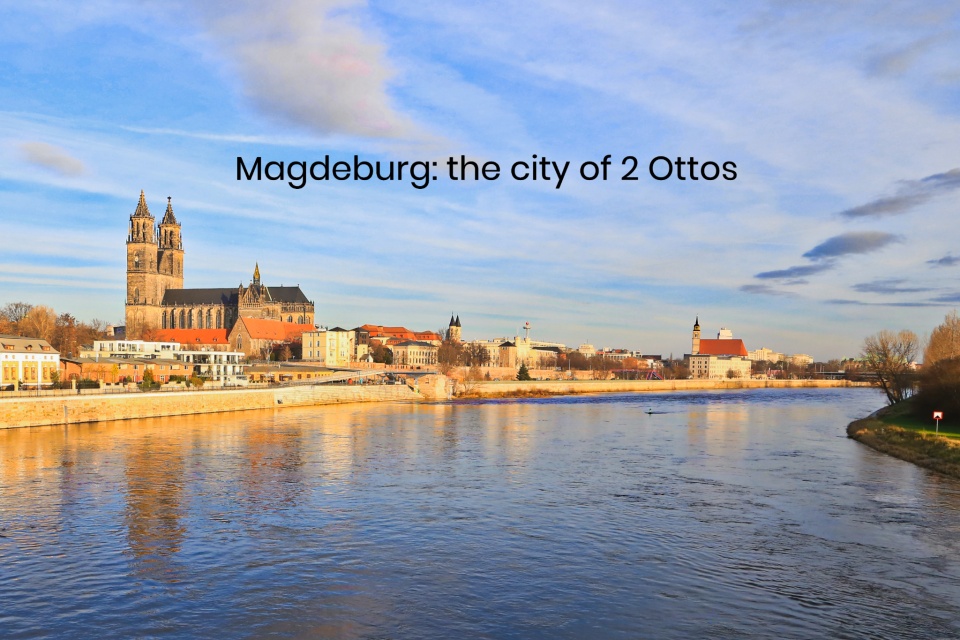 I’ve seen the city on the map, lying halfway between Hannover and Berlin. Over the last 15 years, there’ve been far too many ICE trains along that very same stretch, bypassing the heart of Saxony-Anhalt. Curiosity eventually wins, and I’m on a train to Magdeburg.

Magdeburg is the capital city of the German federal state of Saxony-Anhalt, home to two famous Ottos, a centre for the state’s Romanesque Road, and one of the stations for (Martin) Luther Country. Founded by Charlemagne in 805 AD/CE, the city is one of the oldest German cities, celebrating their 1200th anniversary in 2005. Magdeburg was an important medieval city in the Holy Roman Empire, a member of the Hanseatic League and important trade centre along the Elbe river, a welcome settlement for Jews in the 10th-century, and one of the first places to begin separating church- from civic-rule of law in the 13th-century with the Magdeburger Recht (Magdeburg Rights).

END_OF_DOCUMENT_TOKEN_TO_BE_REPLACED

Waiting for the clouds to part and the morning sun behind me to appear, I’m on the Hubbrücke lift bridge in the capital city of the German state of Saxony-Anhalt. The bridge was once used by trains before conversion to a pedestrian bridge, connecting both sides of the Elbe with residential areas and park spaces on Rotehorn-Werder island in the middle of the river. Dominating the Magdeburg city skyline are the Cathedral at left, the Kunstmuseum Kloster Unser Lieben Frauen Art Museum at centre, and the Johanniskirche at right. Magdeburg is within easy (2 hour) reach from Berlin by train, and is the host city for Germany Travel Mart 2016.

Thanks to Magdeburg Marketing Kongress und Tourismus for providing access to services and facilities in the city, and to Hotel One for a warm welcome and a comfortable stay at Domplatz. I made the photograph on 3 December 2015 using the Canon EOS6D camera, EF 24-105 zoom lens, and the following settings: 1/1000s, f/10, ISO1000, 35mm focal length. This post appears on Fotoeins Fotopress at fotoeins.com as http://wp.me/p1BIdT-7Jv.