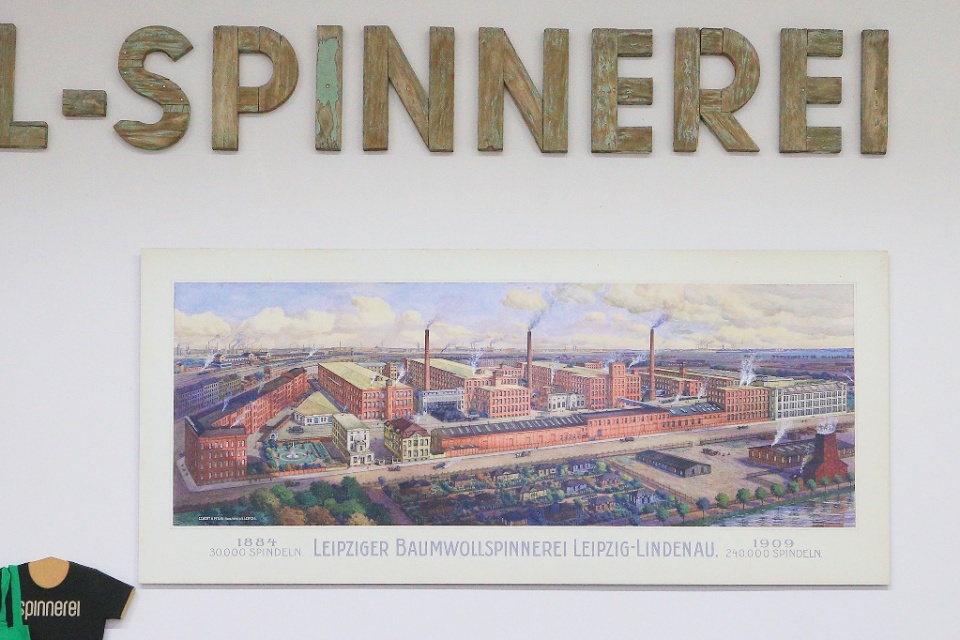 The Leipzig Spinnerei is a former cotton mill (Baumwollspinnerei) in the western industrial suburb of Plagwitz. The massive site at an area of 10 hectares (over 1 million square feet) with rows of factory buildings began operation in 1884 and eventually became the largest cotton mill in Europe with thousands working and living on-site. After the site ceased to produce spools of cotton thread shortly after reunification, artists took advantage of the cheap empty space, and transformed the area into studios, galleries, and exhibition halls. Much has been written about the impact and examples of art and space on Leipzig as the “new Berlin” as well as the “New Leipzig School.” The site as art and culture space opened its doors in 2005.