For the seventh time, I’ve “flipped” or “rolled over” the four-digit image-counter on my camera. I’ve made over 70-thousand exposures, which is a great accomplishment for both camera and me. Unfortunately, exposure number 75000 will prove to be a bad omen.

I own a Canon EOS450D (Rebel XSi), an entry-level digital crop-sensor camera which was introduced to the consumer market in the first-quarter of 2008.

The camera has no weather-proofing, poor to average low-light capability, and a small burst-rate, but the camera is affordable, portable, and easy to use. The kit-lens doesn’t have great build-quality, but the lens is lightweight with a decent range in focal lengths for my kind of photography.

The camera is dead! Long live the camera!

It’s early August 2013, and I’m in the Czech capital city of Prague. I’m standing in front of the Television Tower in the Zizkov neighbourhood.

I’m wearing a confused frown, because the photos are coming out vignetted. I realize quickly the metal leaves which make up the shutter have gone loose, and aren’t opening and closing properly: something like this.

The dreaded error message “Err 99” pops up on the camera display. I turn the power off and on, and press the shutter button. “Err 99” persists, and there’s a new grinding “whirring” noise inside the camera.

Just a couple of days ago, I’ve reached the milestone of exposure number 75000. But apparently, I’ve now reached the end: after 5 years and 2 months, my camera has stopped working.

Why so many clicks? What’s the point?

Some have asked: “Why did you take so many exposures? If you took fewer photos, your camera could’ve lasted longer!”

These questions miss the point of owning a camera.

Making so many exposures is how I got used to the camera. I wouldn’t have to think about what to do, or to figure out what button was where. After frequent use and learning the “manual” functions of my camera, shooting became almost “automatic.” When the moment came, it took a few quick movements to fiddle with the camera settings with “finger-memory” to make the shot.

How does one become good with their camera?

Go out and make lots of photos. Learn, use, and memorize the camera functions. Work on small projects to photograph to get better: explore, screw up and fail spectacularly. Learn, improve, repeat.

That’s also what David duChemin describes in “Towards Mastery. Again”, about becoming proficient with your own camera gear, whatever gear you might have.

The broken shutter assembly needs replacing, and judging by what I’ve read online, the cost of parts and labour is equivalent to a significant fraction of the price for a new camera or a new piece of glass. The shutter isn’t worth replacing.

So, what’s next? I have no intention on going back to a crop-sensor, so future conversations will involve the phrases “full-frame” and “better low-light performance.”

Goodbye, 450D: you’ve been a trusty servant and guide on my photographic journey.

To celebrate and mourn its passing, here are the first and last photos I made with the 450D.

PostScript: The autofocus ring on the “original” EF-S 18-55mm IS kit-lens failed while I was about to visit New Zealand’s Milford Sound. I purchased a replacement EF-S 18-55mm IS II lens weeks later in Sydney, Australia. This type of lens cannot be used on a full-frame camera. Fortunately, that latter lens now has a warm and loving home with fellow Canadian and traveler Kate Clarke.

This post appears on Fotoeins Fotopress at fotoeins.com as http://wp.me/p1BIdT-3Hp. 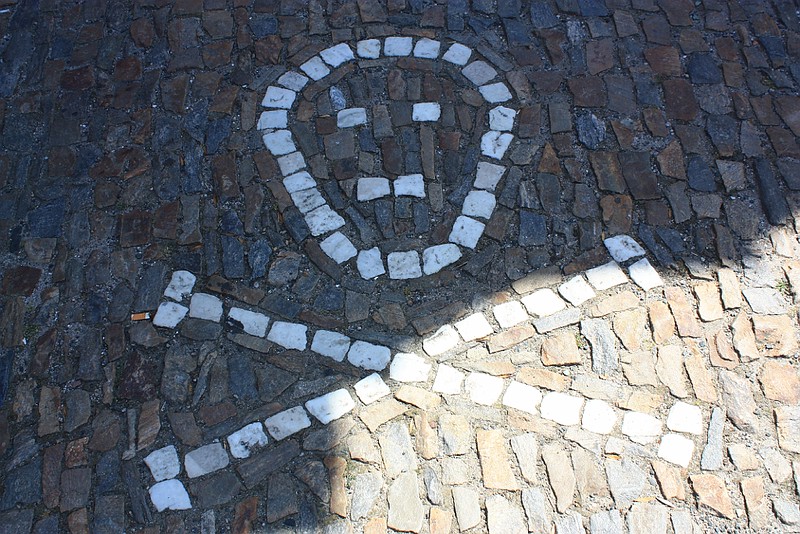 Recently, I read an article written by Jim Richardson about what lenses one should bring with them on their holiday, vacation, or trip. His article brought into sharper focus about what I was going to do on my upcoming RTW (around the world) trip.

I’ve been using a Canon EOS 450D (Rebel XSi) digital-SLR camera body for the last three years, and it makes sense to continue “grinding away” with the reliable camera for the coming year. I thought about upgrading the camera body, but that got quashed when I realized I could wait (5D Mark 3, anyone?). Besides, the photos I’ve taken thus far have taught me that it comes down to lenses.

I’ve decided to bring all three lenses which I describe below.

While light and a bit fragile with the “plastic” construction, this kit-lens (included with the camera body at purchase) provides a sufficiently wide field-of-view during photowalks to document what I’ve seen. The kit-lens has an effective focal-length range 29-88 mm with the 1.6-times crop-factor corresponding to the APS-C sensor on my camera. It shouldn’t surprise anyone that most of my photographs have been made with the kit-lens. The built-in image stabilization (IS) in the lens has allowed me to photograph a nighttime scene as long as 1/4-second, and sometimes 1/3-second without a tripod.

With the 1.6-times crop-factor, this prime-lens is effectively at 80mm focal length on my camera, which makes the lens more ideal as a portrait lens. However, I have also experimented using this lens as the “sole” walk-around lens. The field of view is smaller, and that forced me to do two things: (1) think carefully about what I wanted to photograph and how I wanted to get the shot, and (2) move my feet around to get the shot I wanted. What I love about this lens is the solid construction, low-light capability (to maximum f/1.4 aperture), and quality photographs I’ve been able to make. I’ve also used my “nifty-fifty” at times as the go-to night-time lens.

Here’s a review of the 50mm lens by DP Review.

Examples with the 50mm prime:

‘Hot coffee inside’ : outside Starbucks on Sendlinger Strasse, München – 1 Dec 2010

After I purchased the camera and kit-lens, it became very apparent a zoom-lens was required. I chose the 70-300mm, which on my camera’s sensor is effectively 112-480mm. This lens is obviously larger and heavier than the first two, because of all the glass required to get the zoom-range. For a tight zoomed-in shot, the lens performs very well and the subsequent picture quality is very good. Some have written that the optics may be L-like, and if true, the price for this non-L lens is worth every penny.

Here is a review of the 70-300mm zoom by Digital Picture.

BC Ferries (“Queen of Alberni”) to Tsawwassen (just outside of Vancouver), Canada – 2010 May 3

I’ve enjoyed these three lenses, which have produced a variety of photographs I want to make. After 23,000-plus exposures in almost four years (2011), I believe the camera still has a lot of life left and plenty of exposures remaining, and that my three lenses provide enough capabilities to continue uncovering a wealth of photographic surprises to come.

I’ve just added the 4th-generation iPod Touch to the arsenal. Making photos and video is convenient, stands out much less, and stays out of the way. I’m looking forward to learning about and doing more with iPhoneography.

The real point is that it doesn’t matter if you use an iPhone, a point-and-shoot camera, a digital SLR camera, a Canon, a Nikon, name-your-favourite-brand. Go out and discover for yourself the kinds of things or people or settings you like to photograph – go out and make those pictures!

I made all of the photos shown above. This post is published on Fotoeins Fotopress (fotoeins.com).