2014 marked the 20th anniversary of the first freely run post-apartheid elections and of Nelson Mandela as elected President. National elections were held on 7 May 2014; these elections were the fifth held in the post-apartheid era, and the first held since Mandela’s passing in early-December 2013. With 18 years the minimum age for people to vote in South Africa, the 2014 elections included the first voting “born-free generation” who have never known a nation under apartheid. 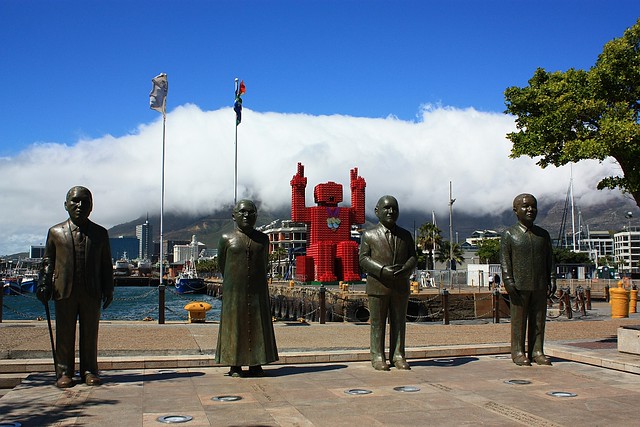 I made the two photos above at Cape Town’s Nobel Square in October 2012. This post appears on Fotoeins Fotografie at fotoeins DOT com as http://wp.me/p1BIdT-45A.