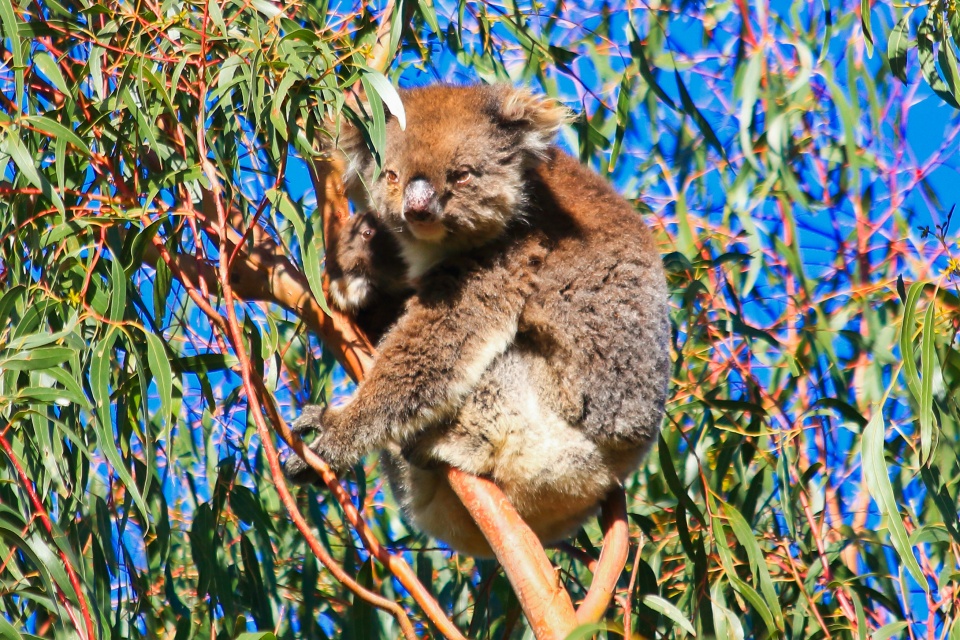 The Hanson Bay Wildlife Sanctuary lies in the southwest corner of Kangaroo Island in the Australian state of South Australia (SA). The sanctuary is home to a lot of mammalian marsupials, including kangaroos and koalas. With a long lens, the image above shows a koala mum in the trees. Her “joey” is just visible and tucked underneath at the 9-o’clock position (relative to the viewer). Emanating from the mammalian bipeds below are excited whispers of “look there!” and “awwwwwww!” 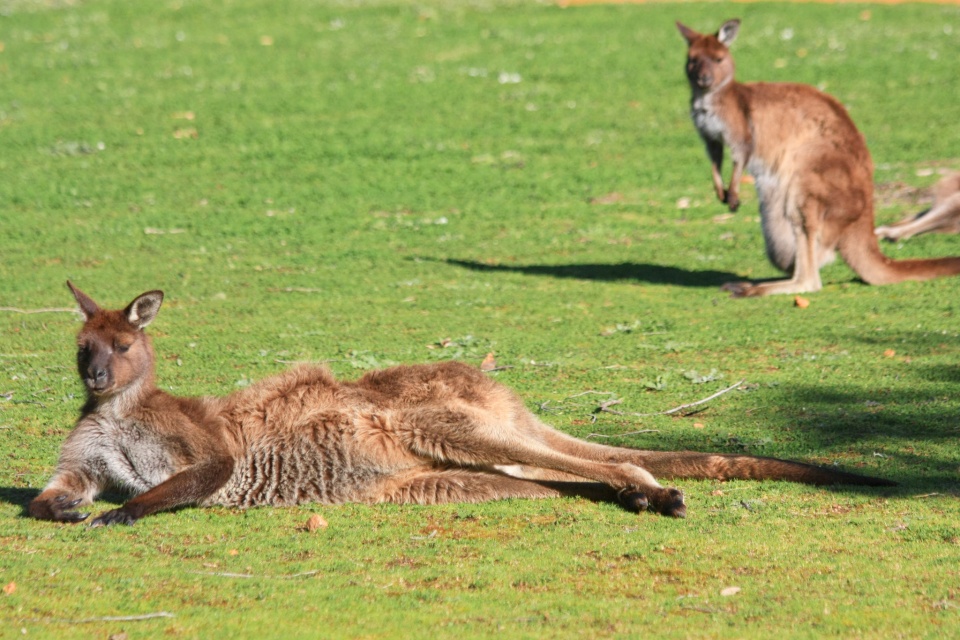 My year-long RTW has taken me to Australia for a few weeks from east coast to south-central coast to the west coast. So far during the short time on Kangaroo Island in the state of South Australia, we’ve seen a lot of New Zealand fur-seals around Kingscote Jetty and Admirals Arch. But curiosity naturally kicks in: where are the kangaroos? As my friends from Adelaide have naturally anticipated this question, we make our way onto the Hanson Bay Wildlife Sanctuary. While it’s best I don’t get too close and touch these (cute yet wild) creatures, there’s fencing to keep the bipeds from doing something stupid. I approach quietly to within metres of the marsupials, a safe respectful distance to small koalas dozing in trees and to big kangaroos reclining on the ground.

Devastating bushfires in the 2020 Australian summer (December 2019-March 2020) wiped out a significant fraction of flora and fauna on Kangaroo Island. For many plant and animal species, recovery will require years to decades.