I’m looking for a “thousand-year history” in the city of Worms located in southwest Germany. This has nothing to do helminthology or nematology, as the town’s name is derived from “Warmaisa”, the former Jewish name of the city. This is about an important part of Jewish-German history and peaceful coexistence of the Judeo-Christian communities within Europe. The town’s fame and reputation is also partly derived from Martin Luther; I’ve already visited the site where Luther was on trial to answer charges of heresy, as well as the world’s largest Reformation monument.

This part of the Rhein river area is considered the “cradle of European Jewry”, known also as “little Jerusalem on the Rhine.” In medieval times, flourishing Jewish communities in the cathedral cities of Speyer, Worms, and Mainz facilitated the creation of a common Jewish league with the name ShUM (SchUM), spelled out by the first letters of the Hebrew names for the three cities. As emphasis on the influence of Jewish heritage in Europe and the ongoing process of preservation and education, the Holy Sand cemetery is one of four constituents in the newly inscribed UNESCO World Heritage Site (2021).

On a breezy late-autumn afternoon, light fades quick, casting solemn shadows on this ground. In the town’s old Jewish cemetery, I’m the only person present, and I’ve placed a small stone on top of a number of gravestones. I’m surrounded by apparitions over an millennium’s age and by the remaining physical traces in various shapes, stones, and size.

END_OF_DOCUMENT_TOKEN_TO_BE_REPLACED 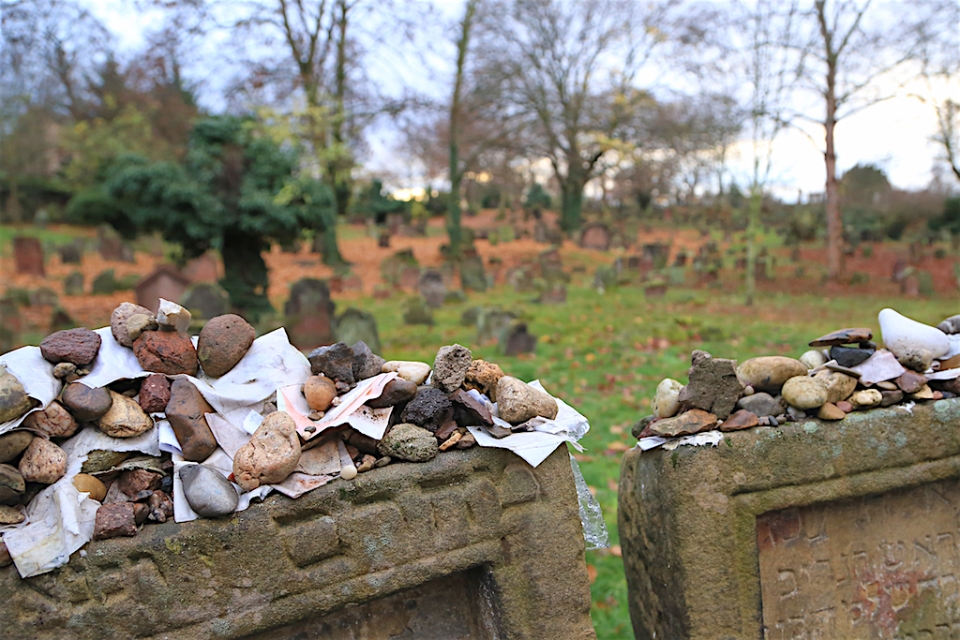 From Worms to Rothenburg, and back to Worms.

Located near the entrance to Worms’ old Jewish cemetery are gravestones of two important figures in medieval Jewish-German history. The cemetery is also called “Holy Sand”1, and is one of many places of interest in the medieval ShUM league of Jewish cities. The gravestones for Rabbi Meir ben Baruch (centre) and Alexander ben Salomo (right) are shown in the picture below.