For Australia and New Zealand, it is Gallipoli, known in modern Turkish history as the battle of Çanakkale.

On 25 April 1915, Australian and New Zealand (ANZAC) troops stormed the Turkish Gallipoli peninsula in support of the British Empire’s efforts to secure the high ground over the narrow Dardanelles strait and approach from the eastern Mediterranean into the Sea of Marmara and beyond to the Black Sea. The Turks repelled the advance and the British retreated from the region eight months later after suffering great losses. In total on all sides, there were up to 400-thousand casualties.

Mustafa Kemal was the 34-year-old commander of the Turkish 19th Division at Gallipoli in April 1915, a brilliant young officer whose courage and strategic brilliance was credited with stopping the ANZAC forces. With huge numbers of casualties on both sides Churchill’s great plan was defeated, and the Turkish victory over the British, Australian and New Zealanders at Çanakkale, as the Turks called the battle, helped to forge a sense of Turkish national identity with their numbers lost, as the losses equally did for Australia and New Zealand.

Almost 20 years later Kemal, then called by the name Atatürk and president of a Turkish Republic that had removed the crushing power of religious authorities, adopted the Latin alphabet and introduced a universal civil law (that same year, 1934 they would grant women full equality), issued a tribute to the ANZAC soldiers who had lost their lives in that ferocious battle. He wrote to the people of Australia with these words:

“Those heroes that shed their blood and lost their lives; – You are now living in the soil of a friendly country, – therefore rest in peace. There is no difference between the Johnnies and the Mehmets to us where they lie side by side here in this country of ours. You, the mothers, who sent their sons from faraway countries – wipe away your tears; your sons are now lying in our bosom, – and are in peace. After having lost their lives on this land they have become our sons as well.”

Years later in 1950, the Turkish Brigade would fight alongside the Australians, New Zealanders and British in the Korean War, with almost 3,000 Turkish soldiers killed in the fight against Communism, and good relations would culminate, in 1985, with the Turkish government giving the name Anzac Cove to the place where the Allied troops landed in April 1915. In return the Australians built a Kemal Atatürk Memorial in ANZAC Parade in the centre of Canberra, where passers-by can read the Turkish leader’s words.

In Canberra, opposite the main entrance to the Australia War Memorial at the southwest corner of Fairbairn Avenue and ANZAC Parade is the Atatürk Memorial Garden, dedicated to the historical battle and to the present-day friendly ties which bind these nations.

Dedicated in 1985, the primary memorial wall is in the shape of a crescent, inspired by the crsecent symbol in the Turkish flag. At the centre of the crescent are a bronze bust of Atatürk with the inscription of his words (see above) and a time capsule containing soil from Gallipoli. Five pillars representing the star in the Turkish flag were added in 2007. Kemal Atatürk who fought against the invading ANZACs at Gallipoli would later become leader to an open secular modern Turkey.

•   2015 marks the the 100th anniversary of ANZAC troops landing at what is now called ANZAC Cove on the Gallipoli peninsula.
•   Atatürk Memorial (Monument Australia): open to the public free of charge, across the street from the Australian War Memorial.
•   Atatürk memorial in Wellington, New Zealand
•   “Poppies for Gallipoli”: opinion piece by James Ruggia for Travel Pulse
•   “Stanley Bruce and Mustafa Ataturk were foes in battle, allies in peace”, by Troy Bramston on The Australian 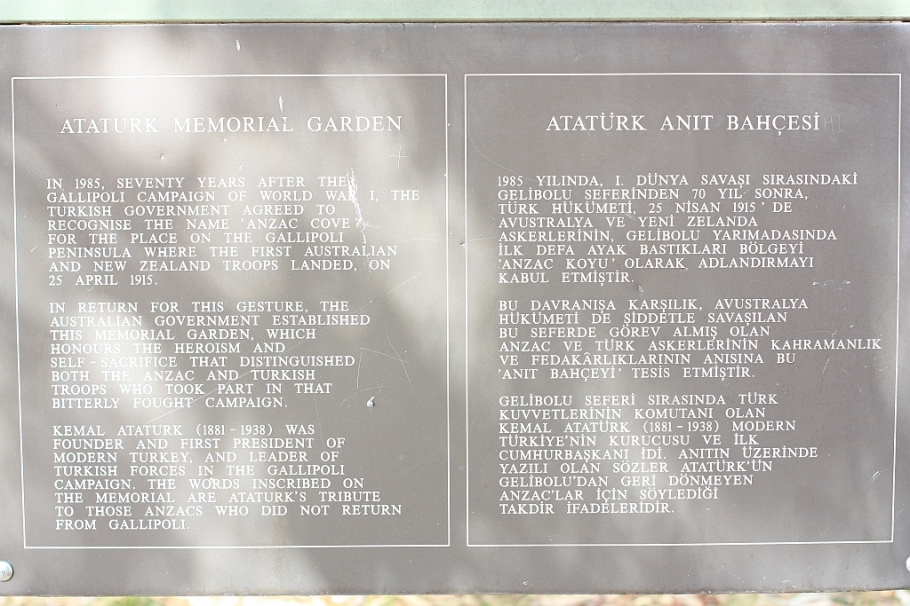 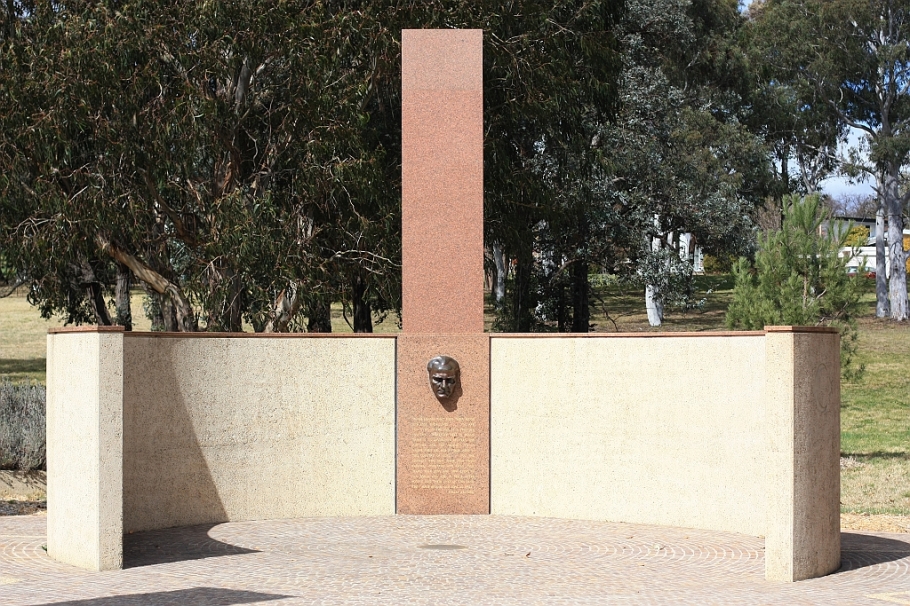 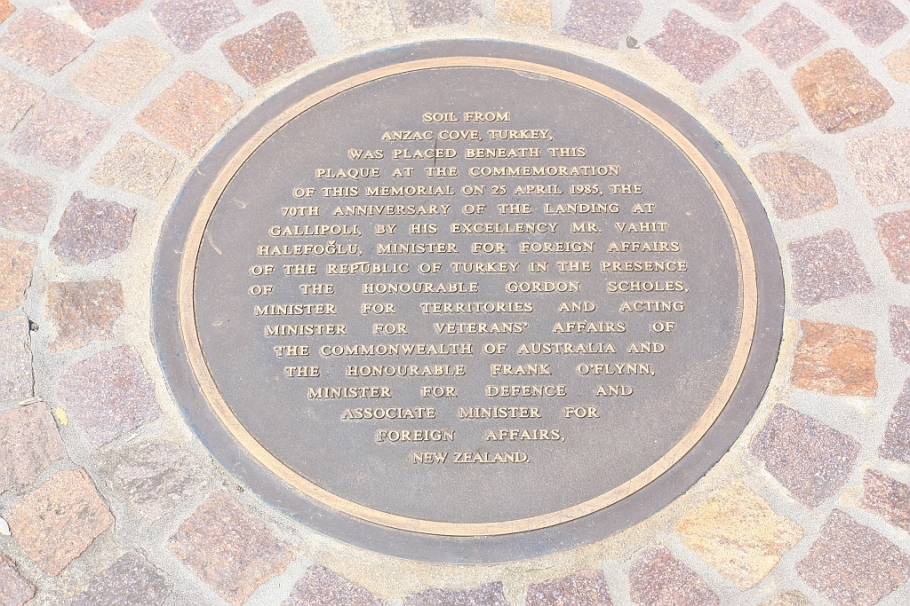 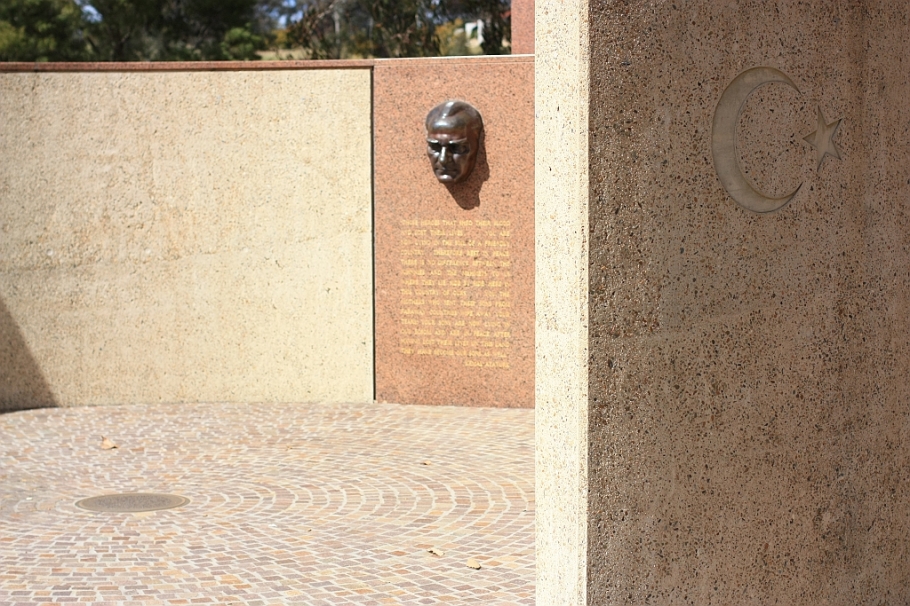 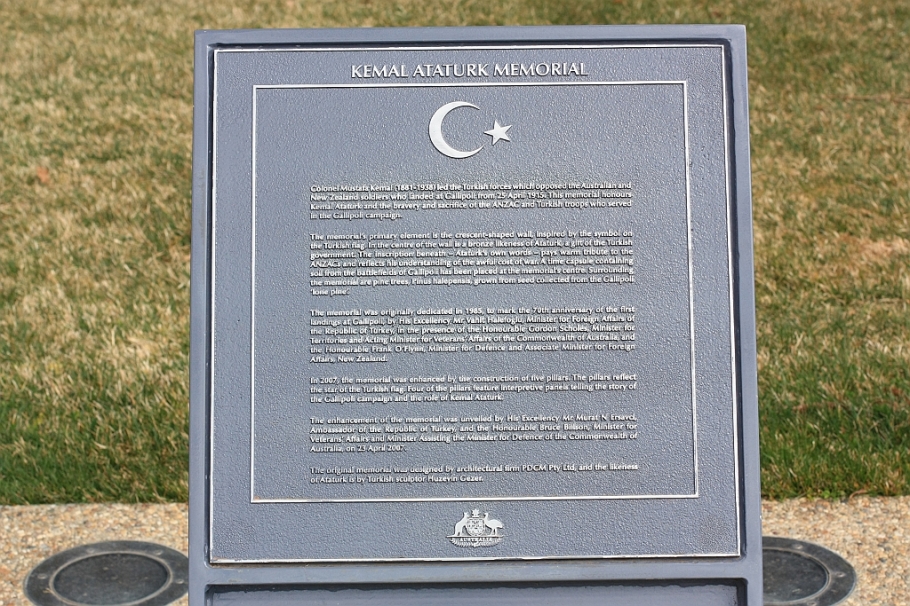 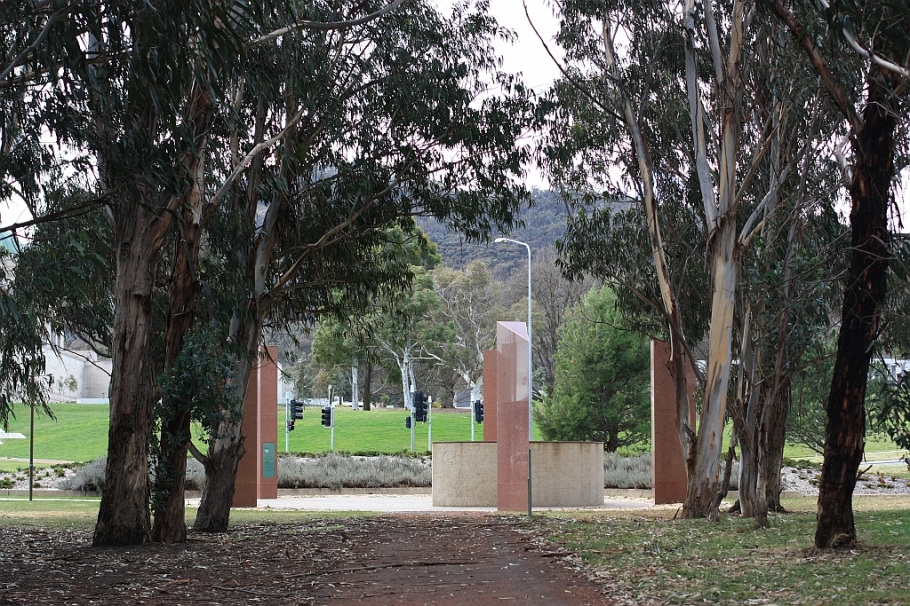 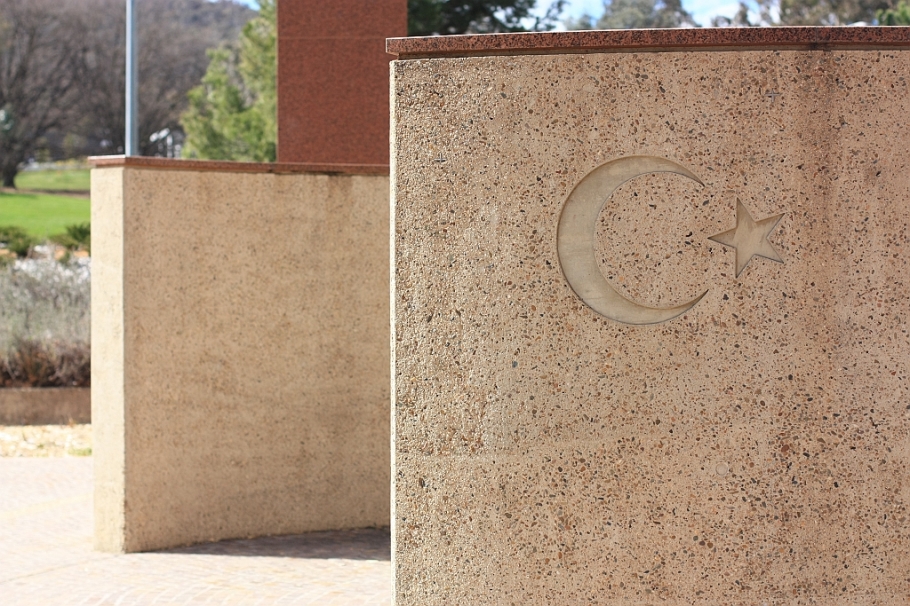 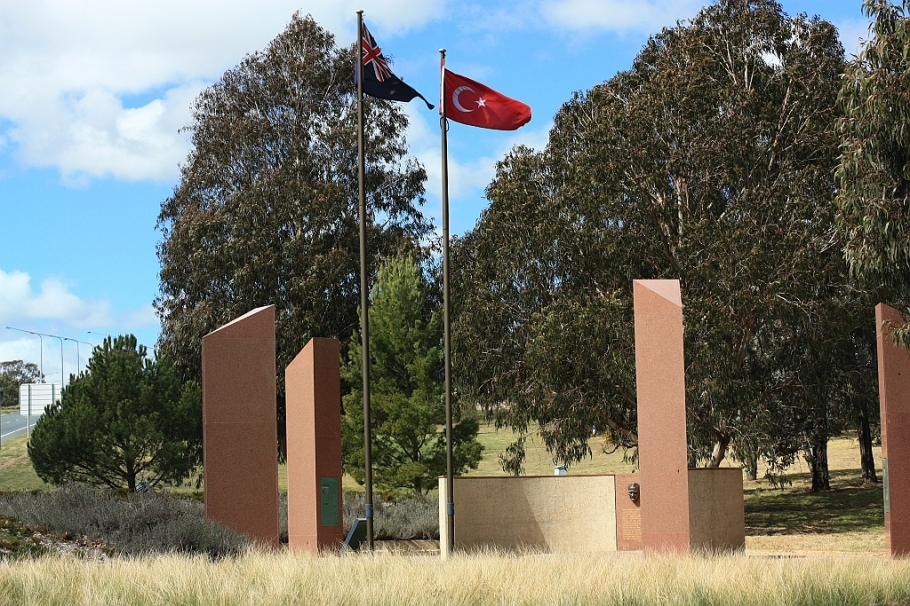 I made the photos above on 6 September 2012 as part of my year-long RTW. This post appears on Fotoeins Fotopress at fotoeins.com as http://wp.me/p1BIdT-4ID.