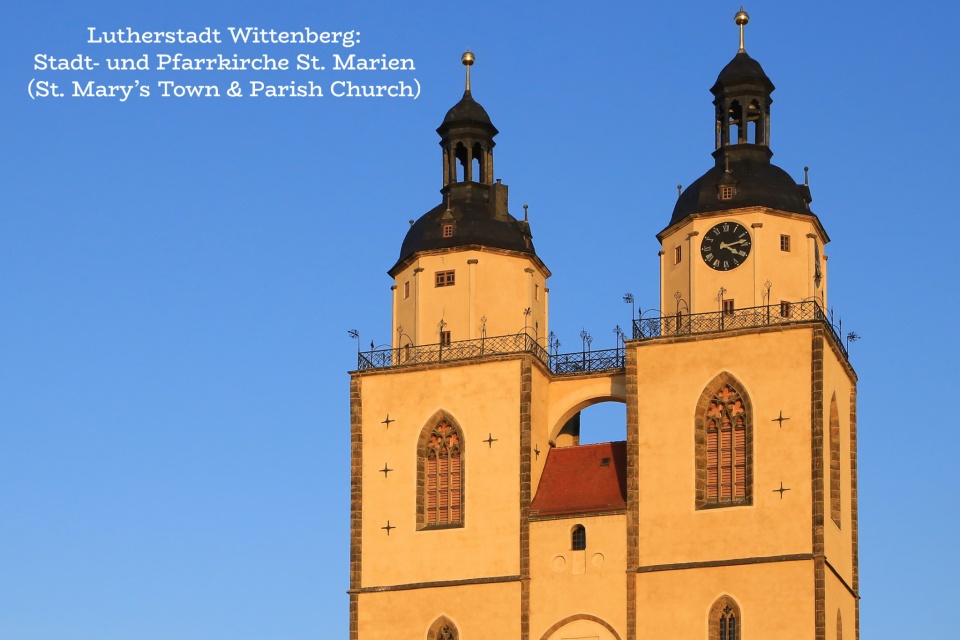 The Stadtkirche Sankt Marien (St. Mary’s Town and Parish Church) is the oldest building in Wittenberg, and is one of four sites in town as part of the town’sasx inscription as UNESCO World Heritage Site since 1996. Not only is this the location where Luther preached, the church also contains important relics by the Cranachs highlighting the young Reformation movement. The Cranach and Luther families were close, as well as contemporary colleagues.

The east chancel (near the main altar) was part of the original St. Mary’s chapel built around 1280. By the early 15th-century, the chapel was incorporated into a triple-naved structure with two towers in the late-Gothic style at the west end of the new church; the Gothic tops were removed and replaced by octagonal shapes by the mid-16th century. The original pulpit from which Luther delivered his sermons has survived the centuries, and is now located in Wittenberg’s Luther House (Lutherhaus).