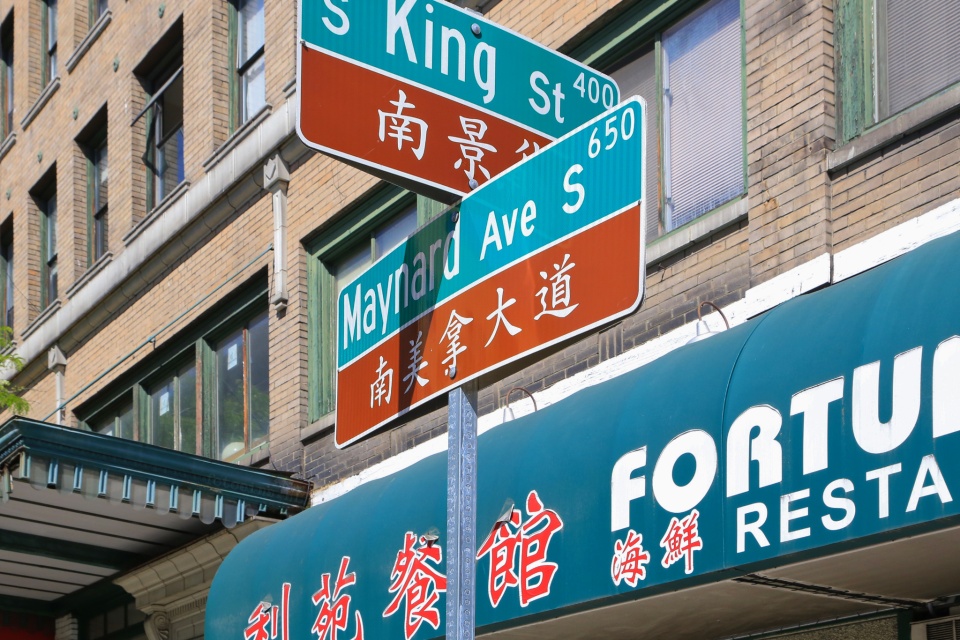 I’ve been fascinated by the origins and appearance of words and characters since I learned how to write in both Chinese and English languages. Thanks to a variety of websites (particularly one about Berlin), my eye has recently been tuned to typography.

In the picture, the combination of Chinese characters have little meaning. But where transliteration to Cantonese is concerned, each Chinese character is an individual “vocalization” representing a syllable in English. South King Street becomes “南景街” which is pronounced “naam4 ging2 gaai1” and in literal terms is “south – view/situation – street”. Maynard Avenue South becomes “南美拿大道” which is pronounced “naam4 mei5 naa4 daai6 dou6” and in literal terms is “south – good/pretty – take/use/capture – big – road”. (See the note below* for more.)

* Arriving primarily from Guangdong province in southern China, people began building Chinatown settlements in North America in the 19th-century; most of the new immigrants spoke Cantonese. With my own intermediate proficiency in Cantonese, I’ve used CantoDict for the transliterations above. The numbers associated with Anglicized pronunciation of Chinese words correspond to six tones in the Cantonese dialect. A summary of the six Cantonese tones is provided in this video. 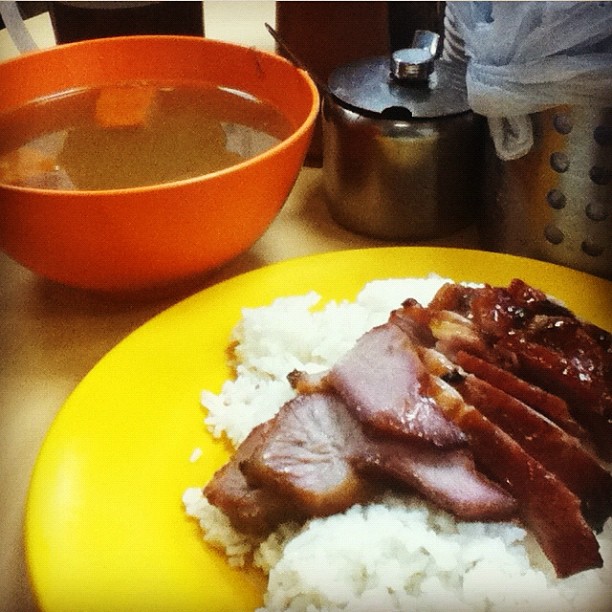 After sitting dormant in my head for years, my Cantonese has come out to play, and has been put to good use.

I can say a few words and phrases to make myself understood, but I’m not proficient enough to carry a long conversation. But I know enough to cuss if I need to, like everyone else.

It’s now halfway into my stay in Hong Kong, and I’m finding my comprehension of verbal Cantonese is steadily improving by the day. I can listen to Cantonese in conversation and I can get the gist of what’s being said. My reading and writing comprehension, however, need life support.

The important part is where my handling of Cantonese becomes particularly handy: the search for and the precise naming of food.

Here are three places in Hong Kong where I’ve adequately communicated my desire for food that “feels-like-home”: