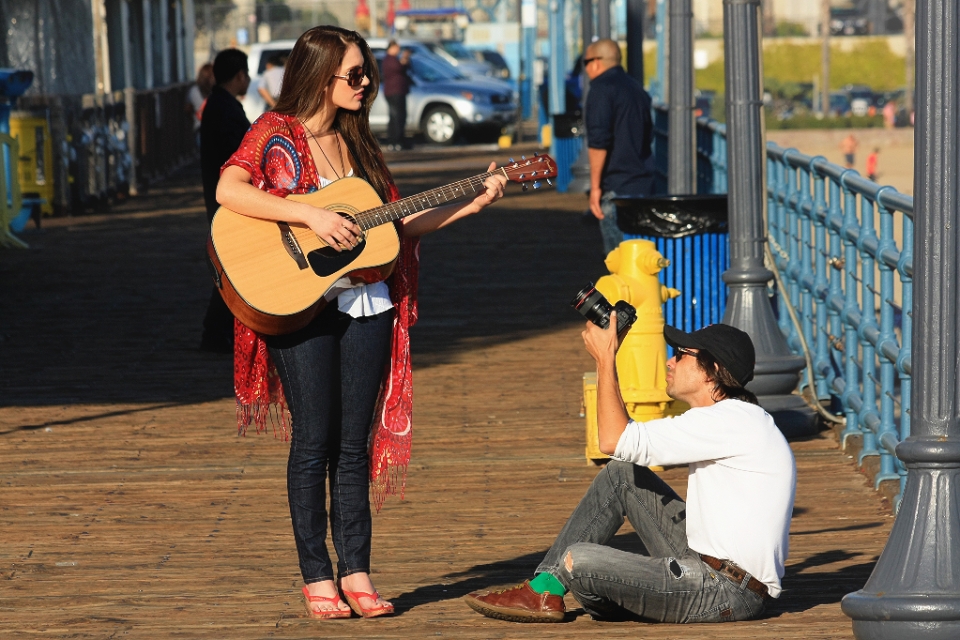 Is her name Monica? And if so, is her voice a holy aural delight?

I guess I’ll never know, as I photographed musician and videographer from a distance, and I didn’t summon the nerve to introduce myself and ask about the video. They could’ve been working a PR or marketing angle for the singer-songwriter. Or they might’ve been visitors like me. At the Santa Monica Pier in greater Los Angeles, there are sights and sounds, vibrant colours and excited people. My need to know in most cases gets me into trouble, but I can live with the mystery about these two. 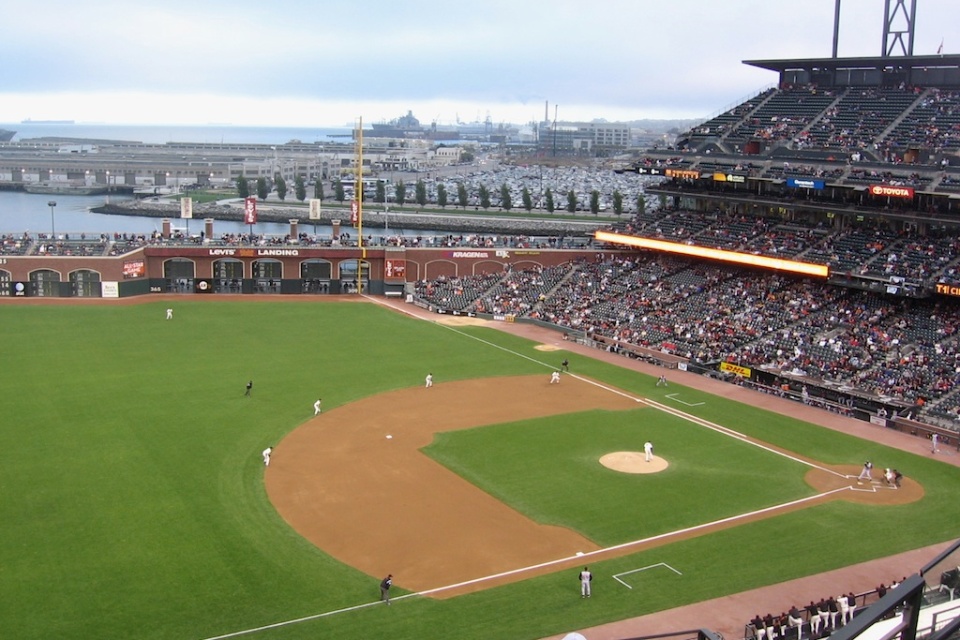 In March 2012, I visited Ocean Beach in San Francisco, Caifornia. What’s left of the Sutro Baths invite people to walk in, through, and around the ruins. A benefit to visiting, even on a very windy day, is the proximity to the water, the Pacific Ocean.

Standing a few metres away from the water, I saw a woman standing alone in front of the surf. Although it was windy and some surf was reaching the ruins, the woman stood still for minutes, looking out into the ocean.

Briefly, I feared she was contemplating a jump into the ocean. But my fears were unfounded, as she eventually walked away and back up the slope towards the parking lot.

Whatever she was thinking, I hope she found what she was looking.

I made this photo at Ocean Beach in San Francisco on 18 March 2012. This post appears on Fotoeins Fotopress at fotoeins.com.

In greater Los Angeles, the Santa Monica Pier is a well-described attraction and visited by many. As a boy watching tv-show exteriors and locations from southern California, I’ve always wanted to visit Santa Monica and its Pier. Yes, the Pier is a tourist trap, but I cannot resist either beach or the ocean.

I was staying with friends living in Santa Monica, and on a warm sunny February afternoon, I walked to the Pier in 20 minutes, and spent a number of hours finding the apparent end to highway US-66, admiring the 1909 Santa Monica Pier and the beach, and communing with the Pacific.

The western terminus to US route 66 was for a time at the intersection of Olympic Boulevard and Lincoln Boulevard in Santa Monica, but a more “natural and commercially viable” extension west to the ocean leads to Santa Monica Pier. The latter terminus is more “myth and legend”, partly because an expansive view of beach and the Pacific are more attractive than an ordinary urban intersection#.

I suppose it’s patently obvious but it’s worth repeating: you cannot drive a car onto the end of the Santa Monica Pier. Visitors must park elsewhere, and get their feet walking (or smaller portable wheels rolling) onto the pier proper. And at the end of the pier, one might lean on the wood railing and stare into the waters of the Pacific, and think about where and how far their journey has gone or yet to go: if it’s to mark the start of a Route 66 road trip, if it marks the end of a Route 66 drive which began halfway across the country in Chicago, or if it marks the first phase of a year-long around-the-world trip.

END_OF_DOCUMENT_TOKEN_TO_BE_REPLACED

A walk along the promenade along Venice Beach promises the following: