Our family couldn’t afford the purchase of (or the space for) miniature railway sets. Christmas was a special time and with my nose pressed against shop windows, I’d dream of the world of the railroad set.

Hamburg’s Miniature Wonderland is big on wonder, has plenty of extensive miniature sets, and does not skimp on discoveries for people of all ages. Very little on the outside tells anybody passing by that there’s another world inside. Many aren’t fooled nor are they turned away. Miniature Wonderland was voted the most popular of 100 attractions in Germany in 2016, after 40-thousand international visitors were polled by the German National Tourist Board.

Built from 1883 to 1927, Hamburg’s Speicherstadt or Warehouse District was an important place in an increasingly busy port for the storage of dry goods from around the world. The Miniature Wonderland museum opened in the building called Block D on 16 August 2001. The historical Speicherstadt was inscribed as UNESCO World Heritage Site in 2015. 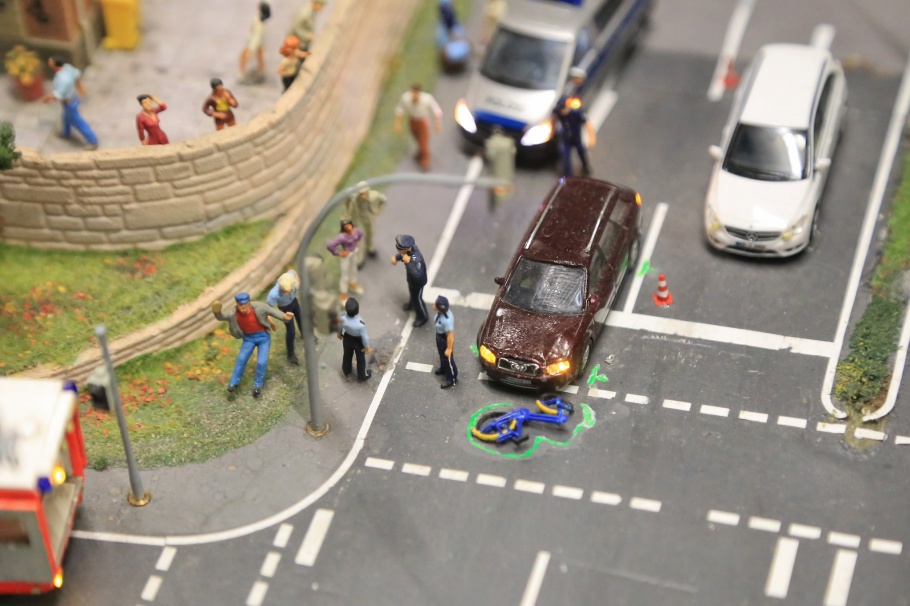 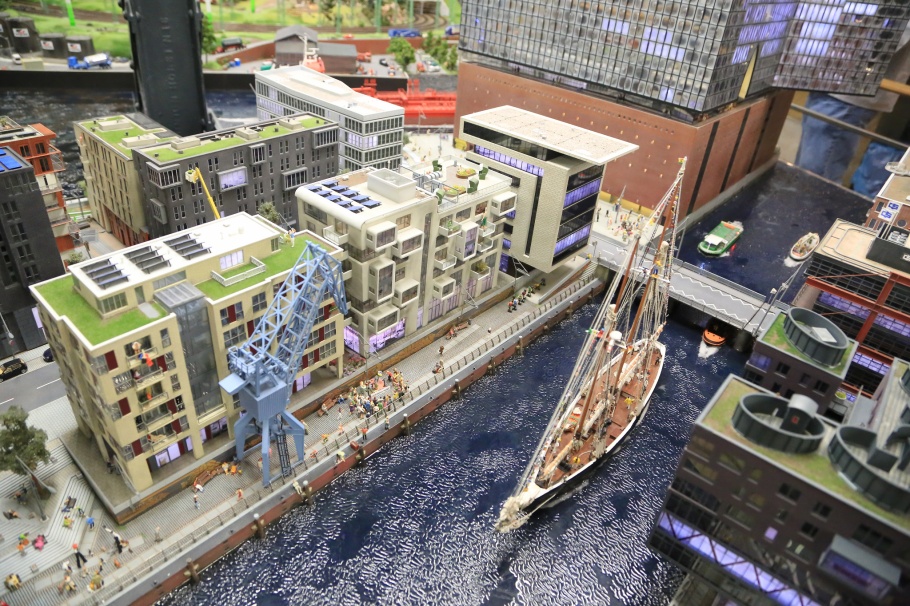 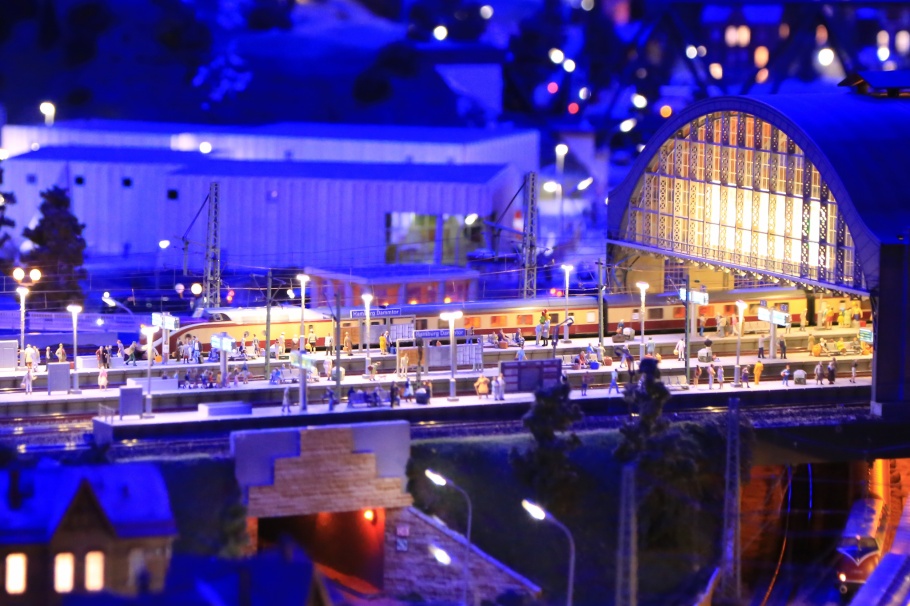 Night traffic next to the Hauptbahnhof (central station). 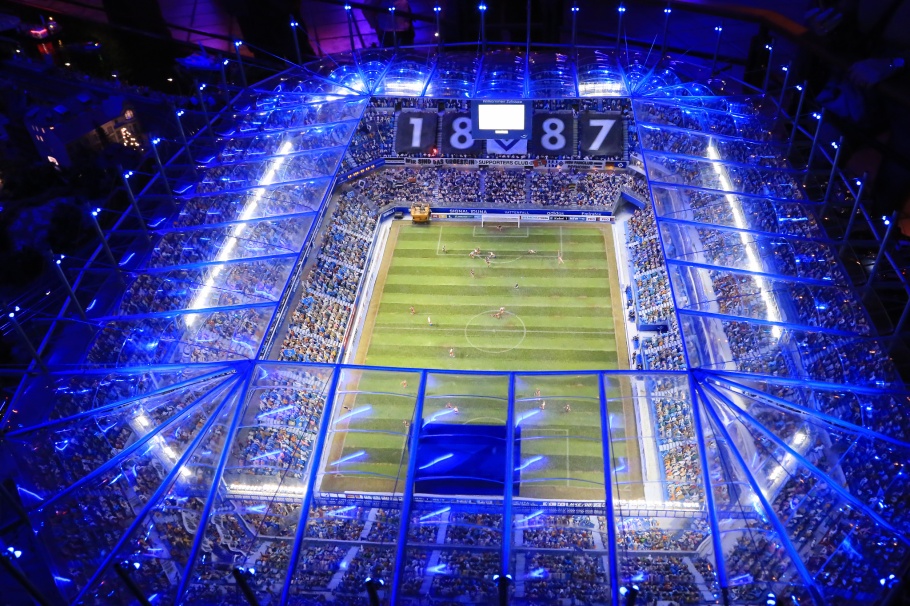 A night match at the Volksparkstadion, with Hamburger SV hosting FC St. Pauli. 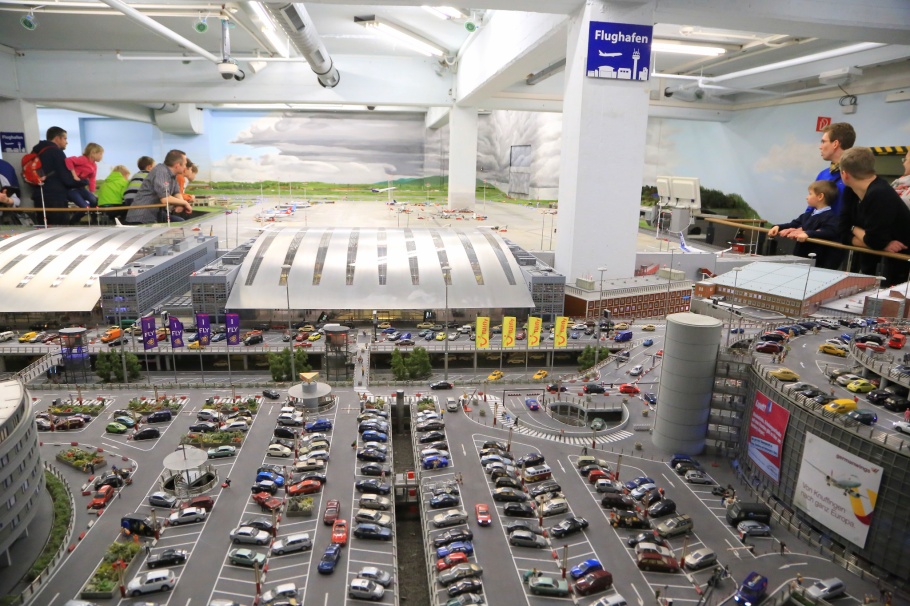 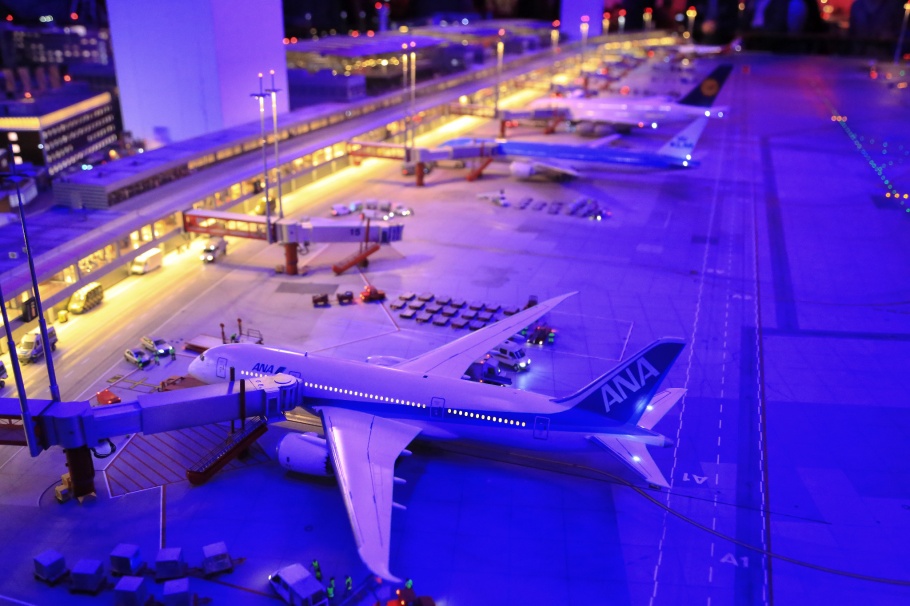 Early-evening at the airport.

Visitors tower over a cavernous mountain valley in Switzerland.

Visitors check out the model set for Belloszona.

Rail- and road-bridge, North Sea crossing between Denmark and Norway.

Cargo train pulls into the Norwegian port city of Bergvik.

Rail- and vehicular-traffic pass in front of a weather station in northern Sweden.

Greyhound bus passes hikers and horseriders in the desert of the American Southwest.

Flooding into the west, East Berliners form a narrow queue at the open border between the two Berlins and two Germanys (from east/bottom to west/top). 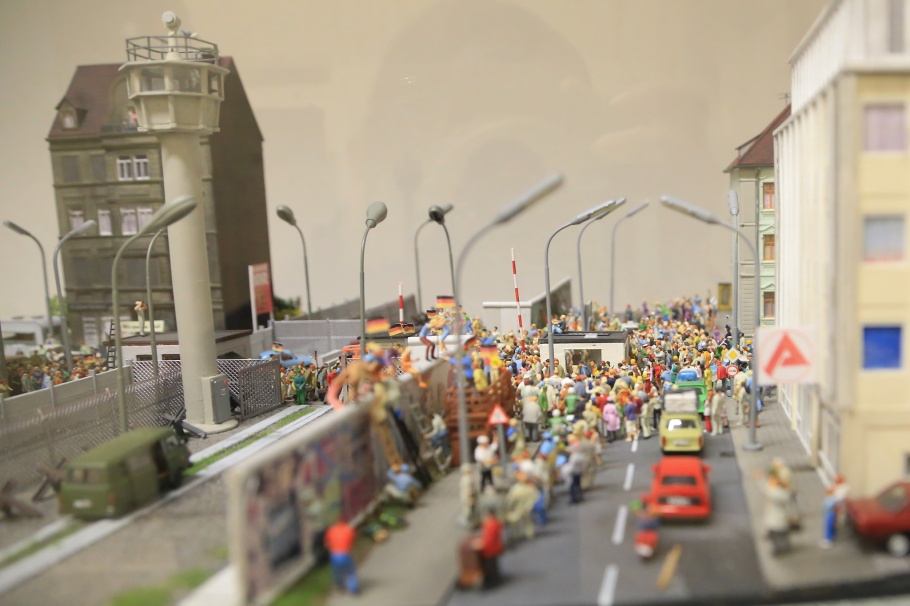 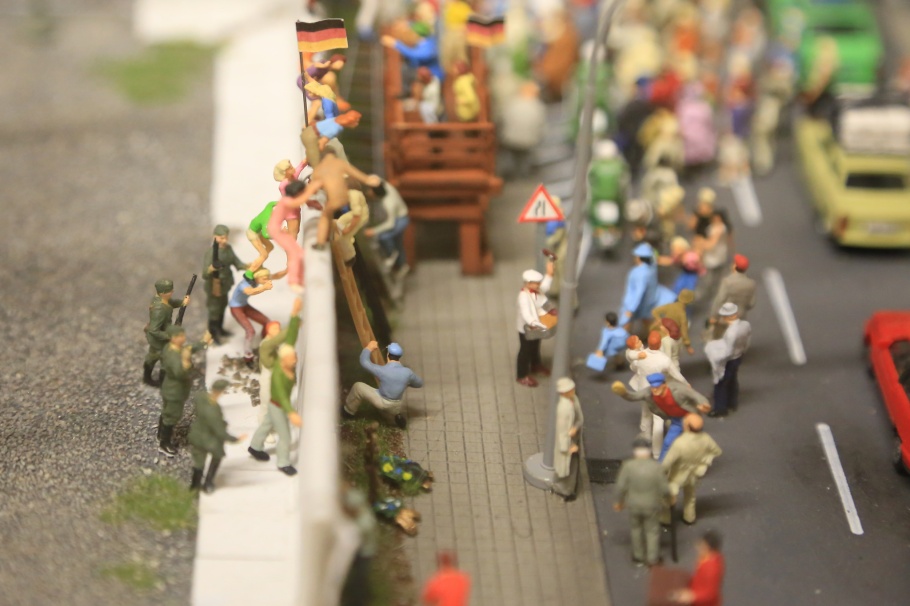 East German border guards supervise as their citizens climb over the wall into the West, where grilled sausage awaits.

Miniatur Wunderland (or MiWuLa) can be reached with HVV public transport: U-Bahn U3 to station “Baumwall”, or bus route 6 to stop “Auf dem Sande (Speicherstadt)”.

I made all photos and video above on 5 December 2015 with a Canon EOS6D mark1. This post appears on Fotoeins Fotografie at fotoeins DOT com as http://wp.me/p1BIdT-8k9.