As one of over ten buildings, residences, and properties making up what is called “Classic Weimar”, the Duchess Anna Amalia Library (Herzogin Anna Amalia Bibliothek) has been a UNESCO World Heritage Site since 1998.

To consolidate her love of books into a larger holding space, Duchess Anna Amalia commissioned in 1761 the State Architect to rebuild and convert the Renaissance-style French (Green) Castle into a library, which opened in 1766. Becoming one of the most important libraries in the country, the collections included some of the finest written and produced in German literature, art and culture, history, and architecture. Johann Wolfgang von Goethe himself was Library Director between 1797 and 1832.

An electrical short from aging damaged wiring sparked a fire on 2 September 2004; the fire held on for over two days before the final hotspot was put out. Over 100 thousand books were damaged or destroyed by fire, water, and smoke. The fire was the largest to strike a German library in post-war history. Subsequent donations and volunteers poured into Weimar from throughout Germany and Europe to help with rescue and preservation efforts. After conclusion of extensive restoration work to the building, the interior Rococo Hall, and to thousands of rescued books, the library was reopened on 24 October 2007, the birthday of the library’s namesake (Anna Amalia born 24 October 1739).

Dear guests, entry into the Rococo Hall of the Duchess Anna Amalia Library is limited to about 250 visitors each day in order to protect the active memorial site. As interest far exceeds capacity, an advance reservation or booking is recommended. Provisional daily sales of about 50 tickets for individual visitors are available daily at 9am in person at the library with a maximum of 4 tickets per person. The ticket counter/cash desk is open Tuesdays to Sundays 9am to 230pm.

(any mistakes from translation are mine.)

This is the place. 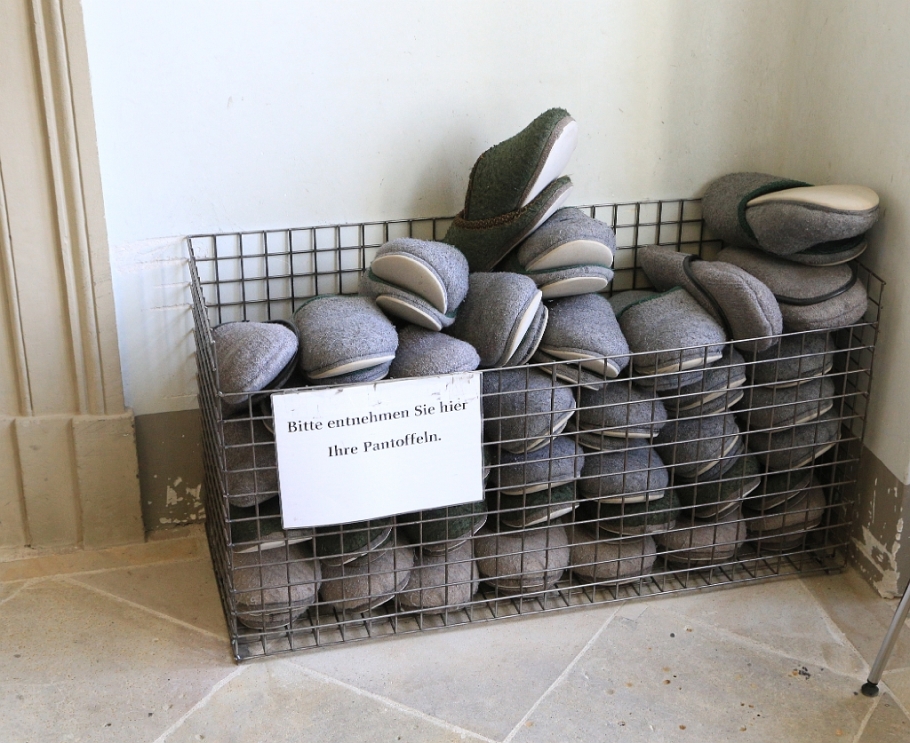 Everyone wears slippers (Pantoffeln) inside … 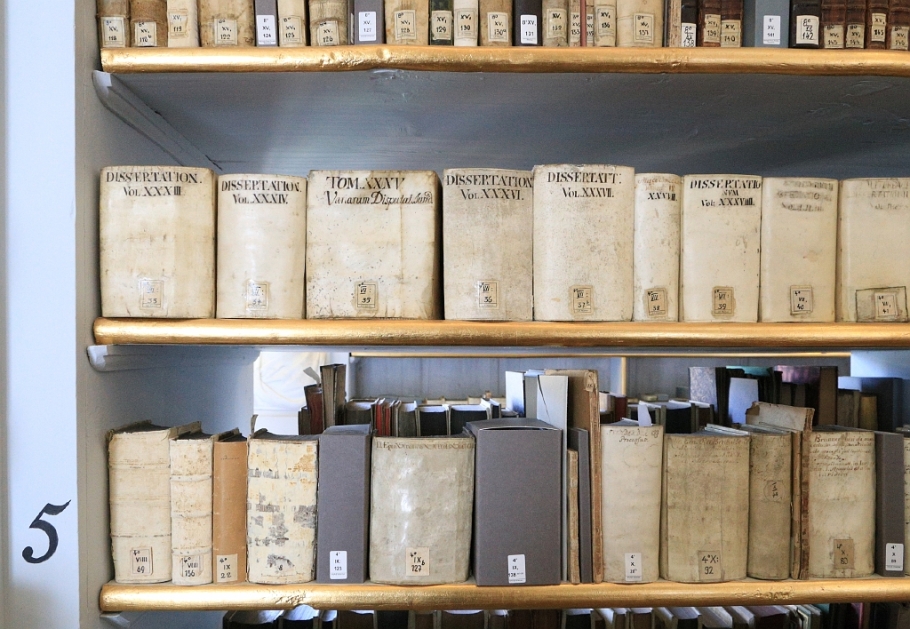 Rococo Hall, away from entrance. 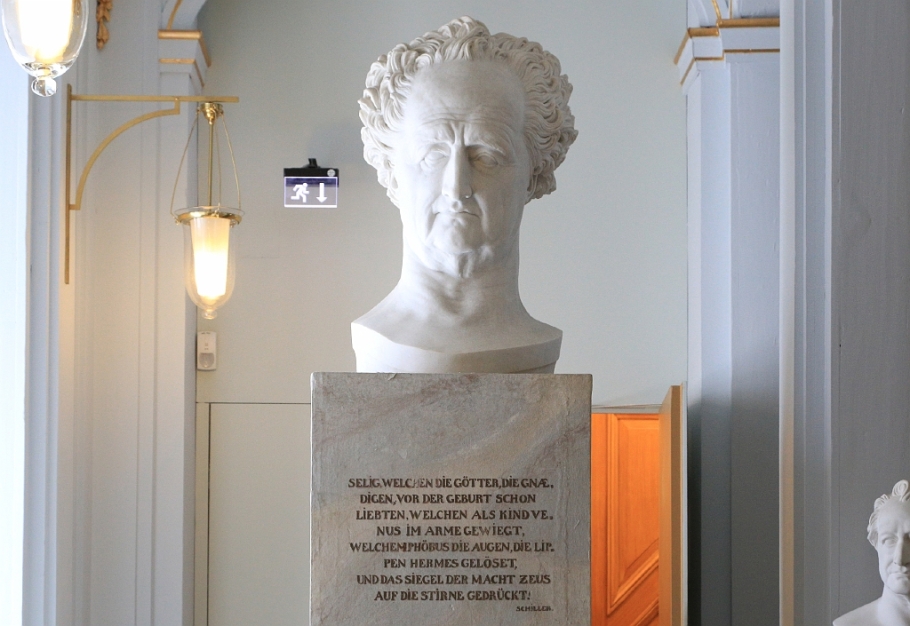 The Duchess Anna Amalia Library in Weimar is open Tuesdays to Sundays between 9am and 230pm and general admission is €8. Please check the website for updates; advance reservations may be recommended. The library is located in the compact inner town which is easily navigable on foot. With public transport, buses 1, 4, 5, 6, and 8 stop at Wielandplatz, minutes on foot from the Anna Amalia Library, the Goethe-Nationalmuseum, Schillers Wohnhaus, Markt, and Theaterplatz.

Students and researchers at the Hochschule für Angewandte Wissenschaft und Kunst (University of Applied Sciences and Arts) in Hildesheim continue to play an active and significant role in the conservation and restoration of library books, particularly after the Weimar fire.

I’m very grateful to Weimar Tourism, Thüringen Tourismus, Germany National Tourism Board for access to places and activities in the city; and to Dorint Hotel am Goethepark for a comfortable and welcoming stay. I made the photos on 29 April 2015. This post appears on Fotoeins Fotopress at fotoeins.com as http://wp.me/p1BIdT-6Ni.