In the past, I’ve often felt guilty for taking photographs at a cemetery, as if the act of opening and closing the camera’s shutter somehow “exposes and steals” the essence of people who are laid to rest. Only in the last few years have I overcome these feelings, as I now see cemeteries as beautiful places to visit and to witness frozen snapshots to individual lives over time. On this late-autumn afternoon, I stood in the middle of the garden, transported to a different place and a different time, surrounded by tranquility and living memories.

Große Hamburger Straße (or Greater Hamburg Street) was the key central road in what was once the Spandauer Vorstadt, which was the suburb or town at the foot of the former Berlin city gates. The road allowed for trade and movement from Berlin in the direction towards the nearby town of Spandau.

According to berlin.de, the area developed around the Hackesche Market and Courtyards:

Historically, development of the Höfe went hand in hand with the growth of Berlin as a thriving urban centre. The expansion started around 1700 from an outer suburb known as Spandauer Vorstadt, located outside the Spandau City gate which already had its own church, the Sophienkirche as early as 1712. Friedrich Wilhelm I built a new city wall here and the former suburb became a new urban district belonging to Berlin. Today’s Hackescher Markt takes its name from the market built here by a Spandau city officer, Count von Hacke.

The influx of Jewish migrants and the exiled French Huguenots gave the district the cosmopolitan diversity which it never lost. The first synagogue was built in this area and the first Jewish cemetery established on the Grosse Hamburger Strasse. Another name for the area, the Scheunenviertel (barn district) is associated today with up and coming art galleries and the more bohemian side of Berlin. The largest synagogue in Germany was built in nearby Oranienburger Strasse in 1866.

In use from 1672 to 1827, this is Berlin’s oldest cemetery for the Jewish community. Buried here is Moses Mendelssohn (1729-1786), philosopher, a founding father of the Jewish Enlightenment, and grandfather to the great composer Felix Mendelssohn. During the last stages of fighting in the Second World War, 2425 dead were buried here in 16 mass graves. With no clear boundaries separating those buried in the past from those buried during the war, the new memorial garden was constructed and restored in 2007-08 with all of the buried left undisturbed as they were.

The present location was also the site of the first nursing home in 1844 for the Jewish community in Berlin. The Gestapo transformed the home in 1942 to a collection and staging point for prisoners, and ordered the destruction of the entire site in 1943. 55000 Berlin Jews from infants to the elderly were deported and murdered in the concentration camps at Auschwitz and Theresienstadt. 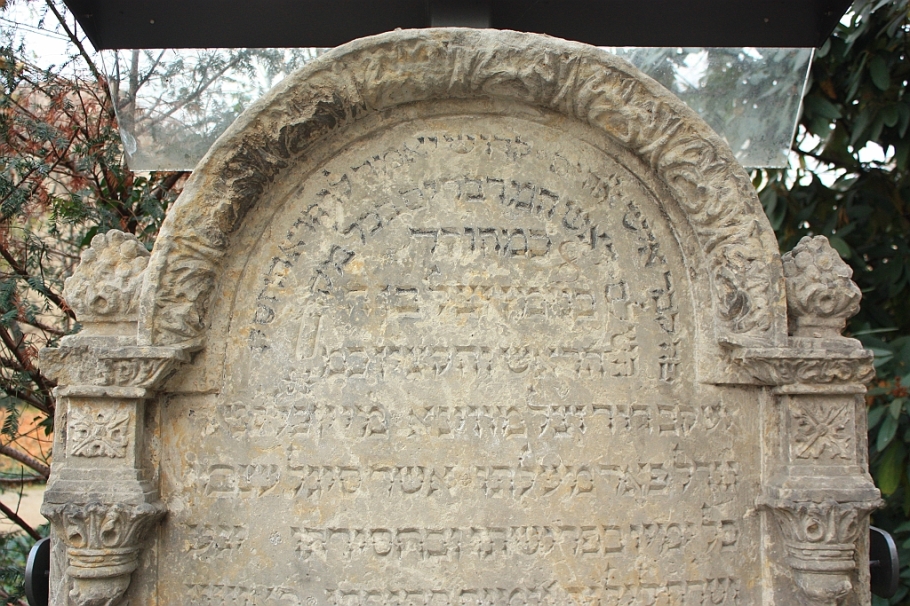 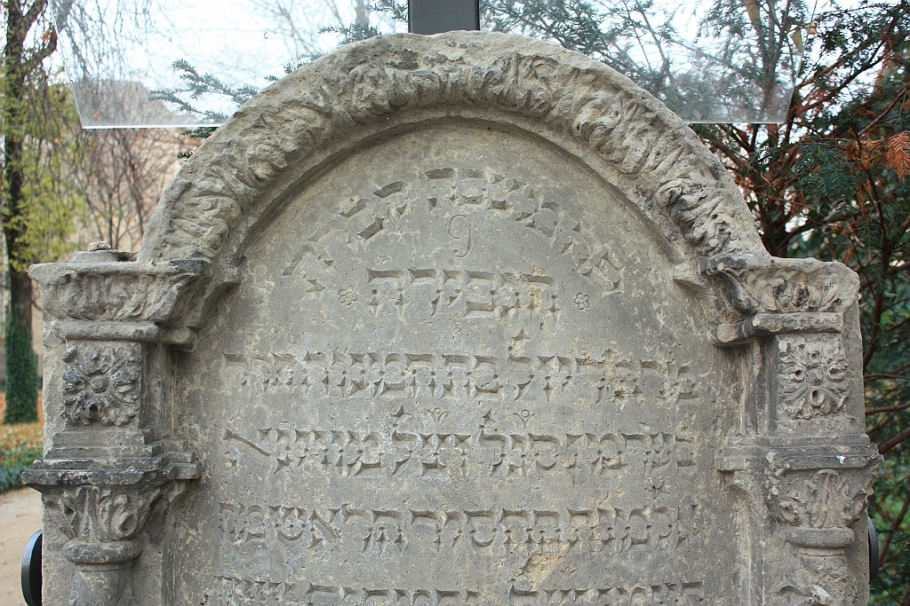 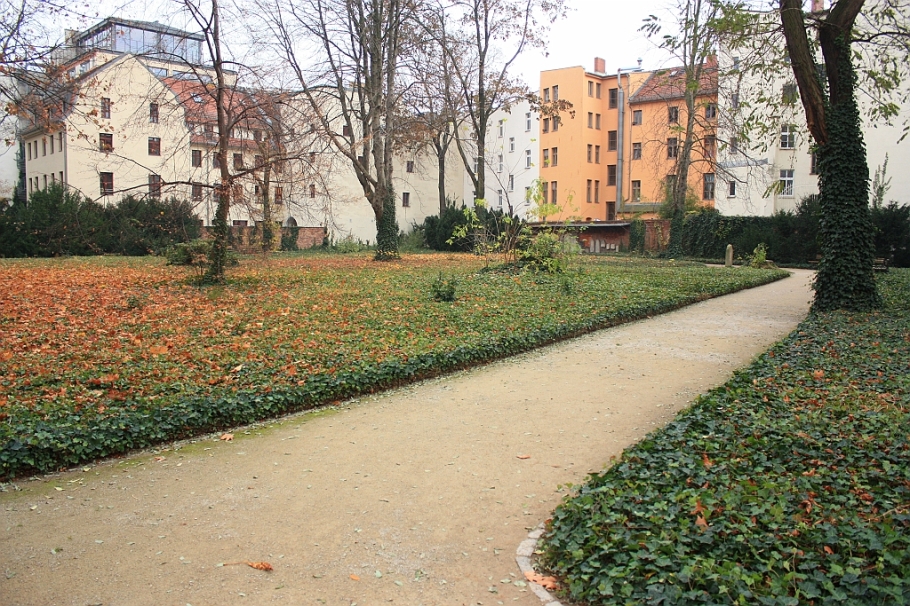 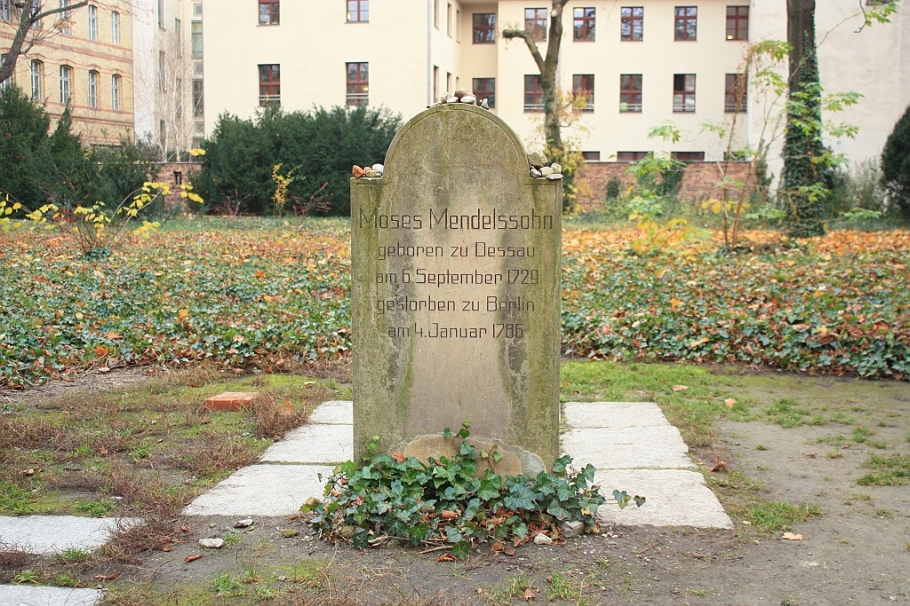 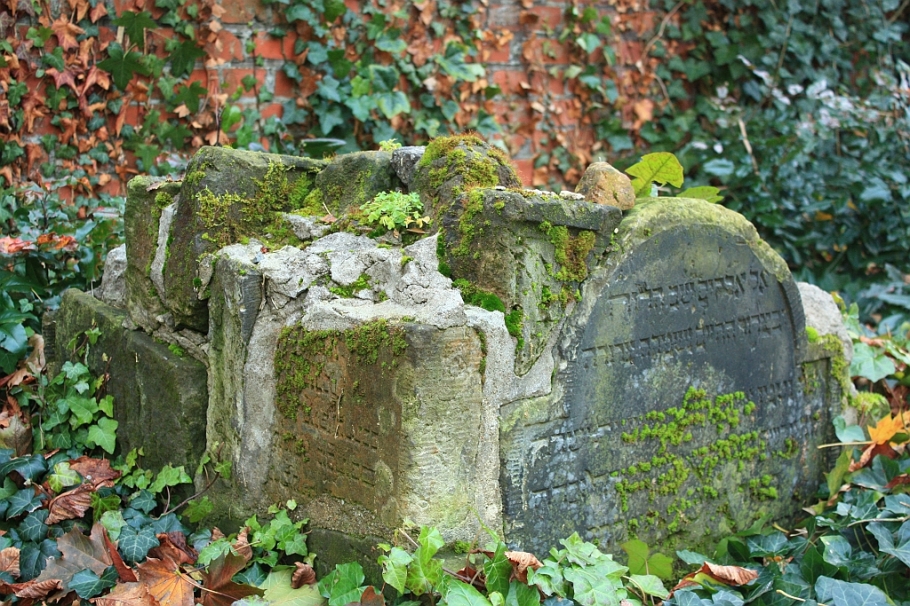 In memory of the oldest Jewish cemetery in Berlin

Wrongs to be righted 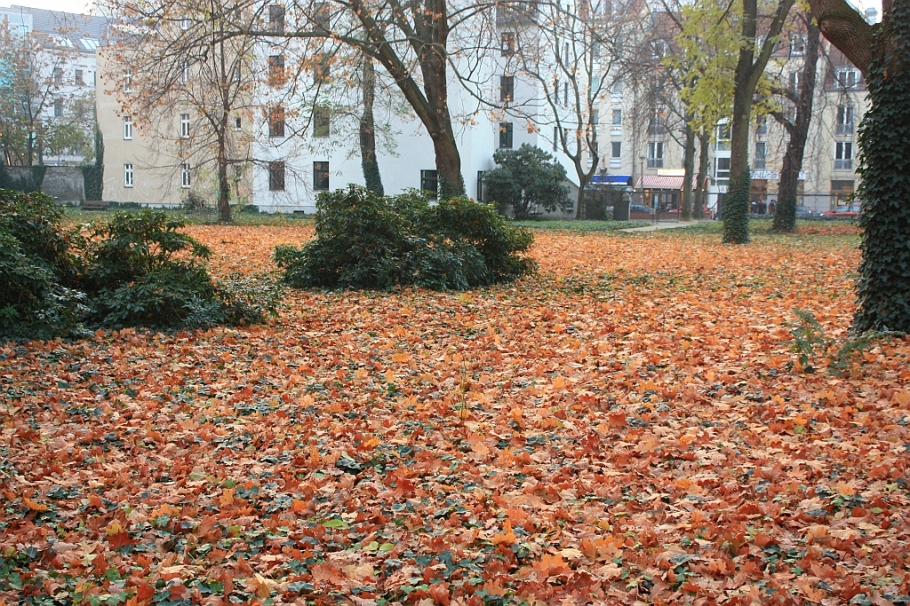 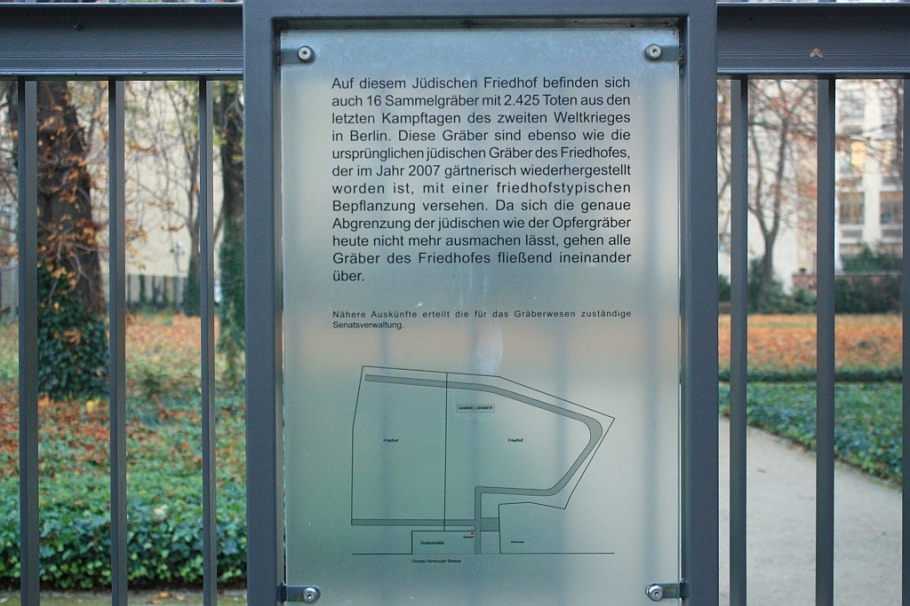 Graves on top of graves 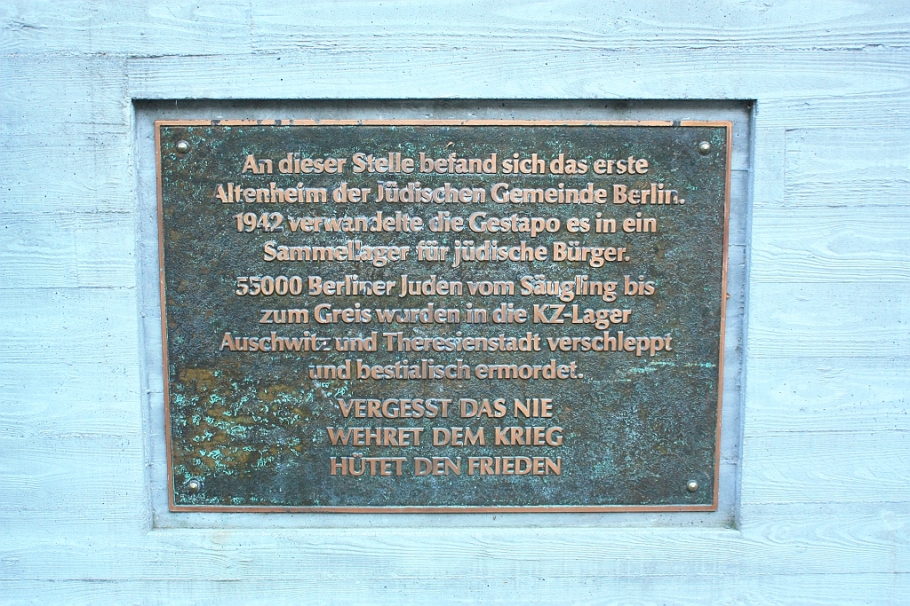 Once a home to seniors, then a place for staging and deporting

Visitors can reach the Old Jewish Cemetery with the MetroTram (M1, M4, M5) to Monbijouplatz; Strassenbahn 12 to Monbijouplatz; S-Bahn (S3, S5, S7, S9) to Hackescher Markt; S-Bahn (S1, S2, S25, S26) to Oranienburger Strasse; or the U-Bahn (U8) to Weinmeisterstrasse. After disembarking the train or tram at any of these stations, it’s a short walk to the cemetery which is located next to the Sophienkirche church.

In Berlin-Mitte at Spandauer Strasse 68 (near Karl-Liebknecht-Strasse) a memorial plaque marks the location of the house where Moses Mendelssohn and his family lived; see also articles in German Berliner Morgenpost (3 May 2015) and Süddeutsche Zeitung (16 June 2016).

I also wrote about the “Shalechet” (Fallen Leaves) sculpture installation at the Jewish Museum Berlin.

I made the photos above on 21 November 2012 with a Canon EOS450D/Rebel XSi. This post appears on Fotoeins Fotografie at fotoeins DOT com as http://wp.me/p1BIdT-2MX.