The guns are silent.

In Australia and New Zealand, ANZAC Day is a national day of remembrance to mark the 1915 landing at dawn of ANZAC troops at Gallipoli peninsula in Turkey in World War 1 (WW1). The Australia and New Zealand Army Corps (ANZACs) saw their first WW1 military action in Gallipoli as part of an Allied expeditionary force whose aim was to free passage for allied shipping through the Dardanelles, a narrow strait connecting the Aegean Sea with the Sea of Marmara, and onwards to Constantinople (now Istanbul). Instead, months of heavy fighting became a stalemate with major losses on both sides.

The importance of this date for both countries has ensured that ANZAC Day takes place annually on the 25th of April. In the present, ANZAC Day is a day to remember Australians and New Zealanders who have represented and served their countries in combat and peacekeeping efforts around the world.

Most veterans from the two great world wars of the 20th-century are gone, and soon, they’ll all fade away; the last surviving Australian participant at Gallipoli died in 2002. If ANZAC day has become an excuse for consumption and frivolity, the historical context for present-day commemoration is in danger of becoming lost. Michael Brissenden of the Australian Broadcasting Corporation wrote:

… It’s clear now that Anzac Day has grown to become our most important commemorative day. But is that in itself enough? Should it also spark more of a national conversation? And shouldn’t we at least try and invest the day with what historians like Clare Wright call “historical authenticity”? Along with the mass patriotic sentiment, the huge crowds and even the football grudge matches the day now inspires, some are still searching for more.

The guns are silent on ANZAC Day.

The photographs below reflect a small cross-section of people and their memories. By pure chance, I’m glad to have met and chatted with Australian World War 2 war-veteran Ken Curran, a member of the Order of Australia.

I made all of the photos below on ANZAC Day (25 April) 2013 in the Sydney CBD. This post appears on Fotoeins Fotografie at fotoeins.com as http://wp.me/p1BIdT-3gp. 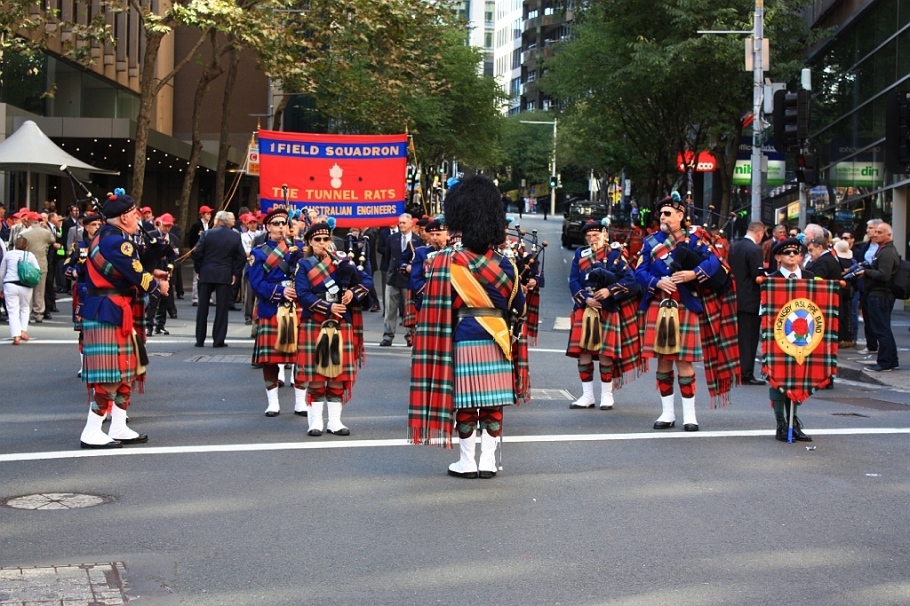 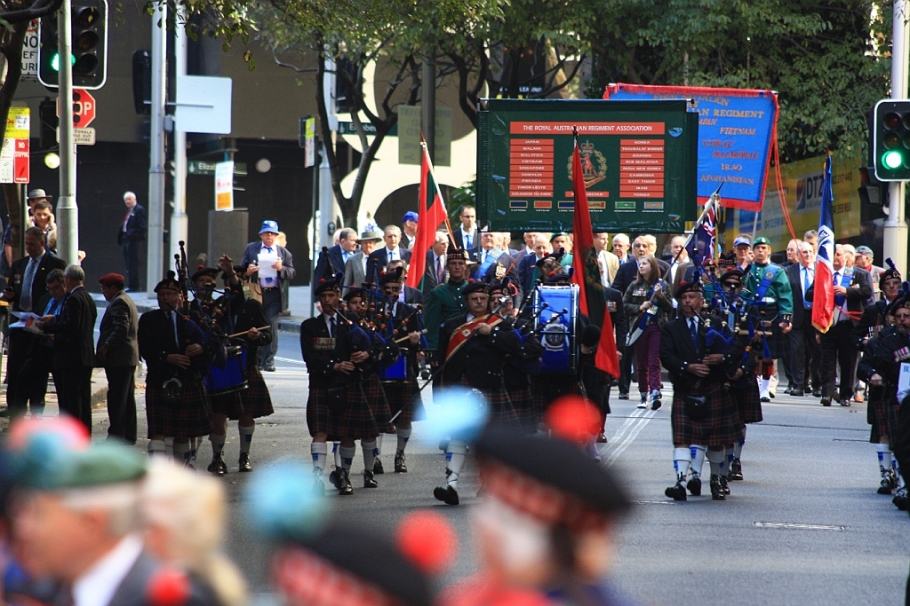 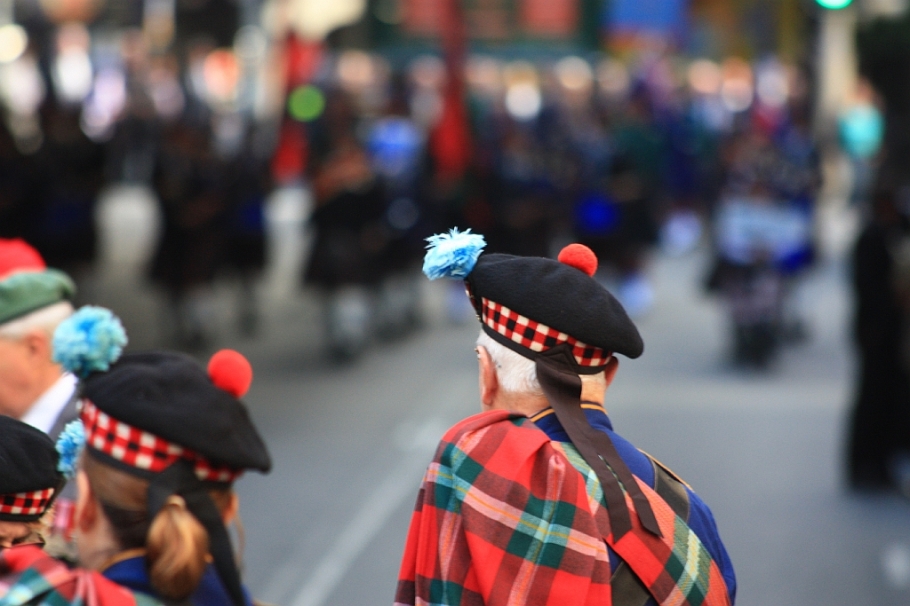 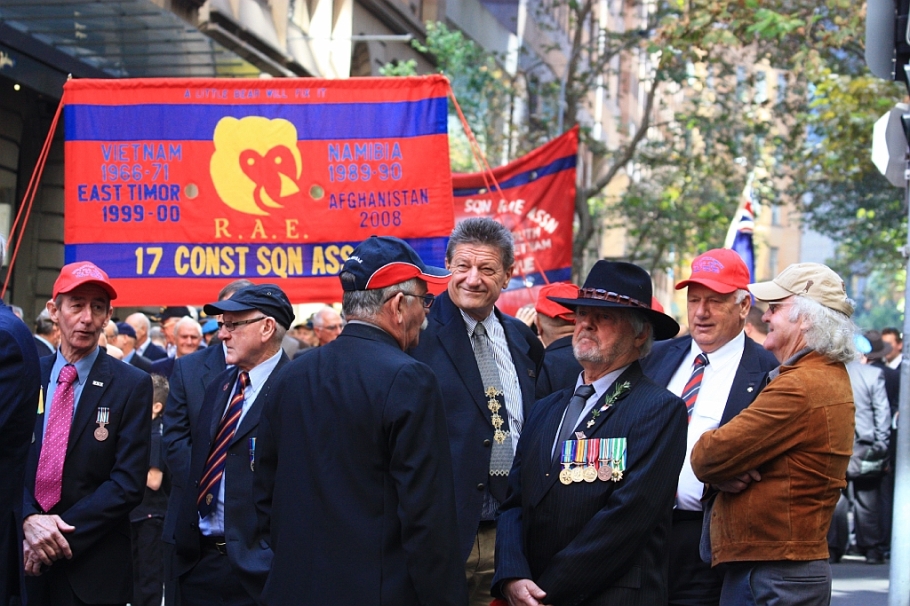 A chat with mates 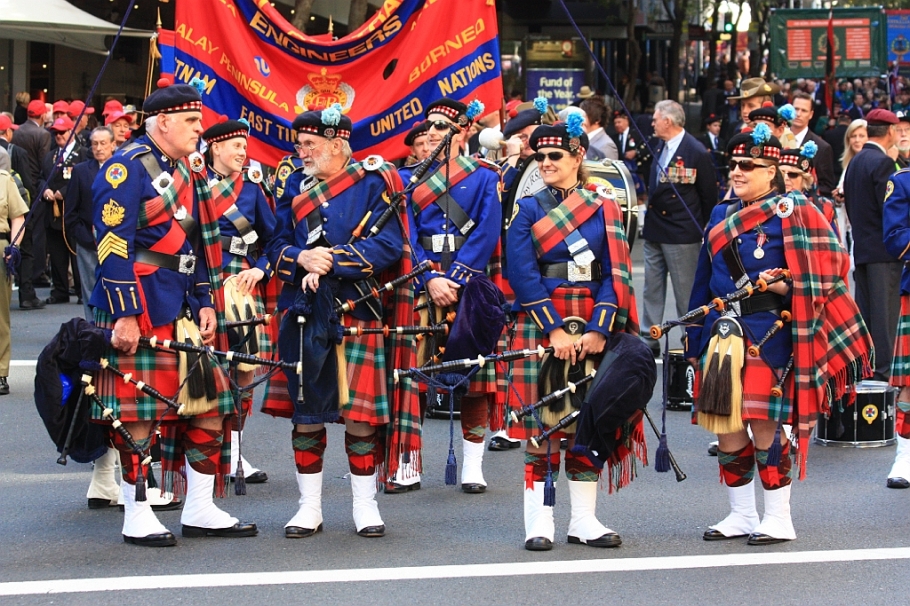 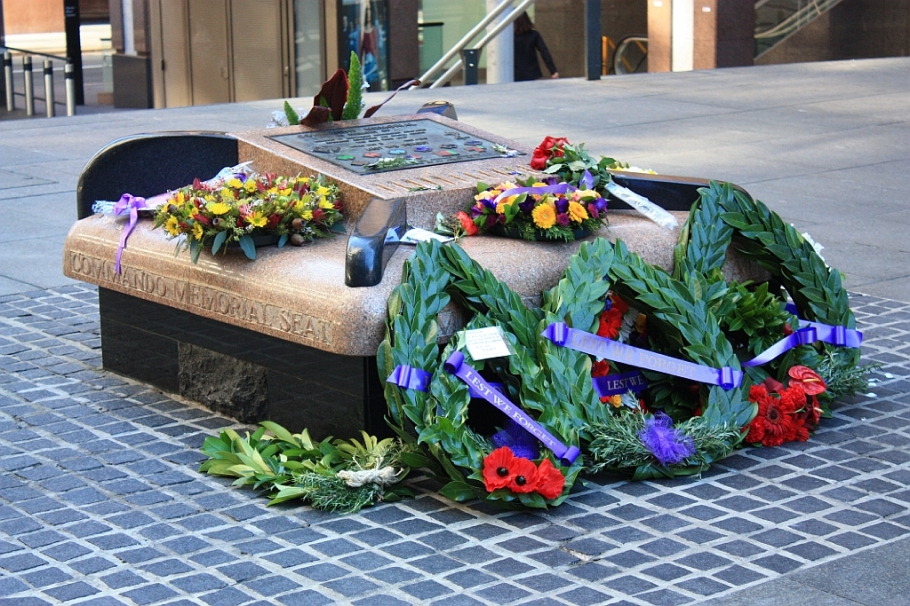 Salutes at the Cenotaph 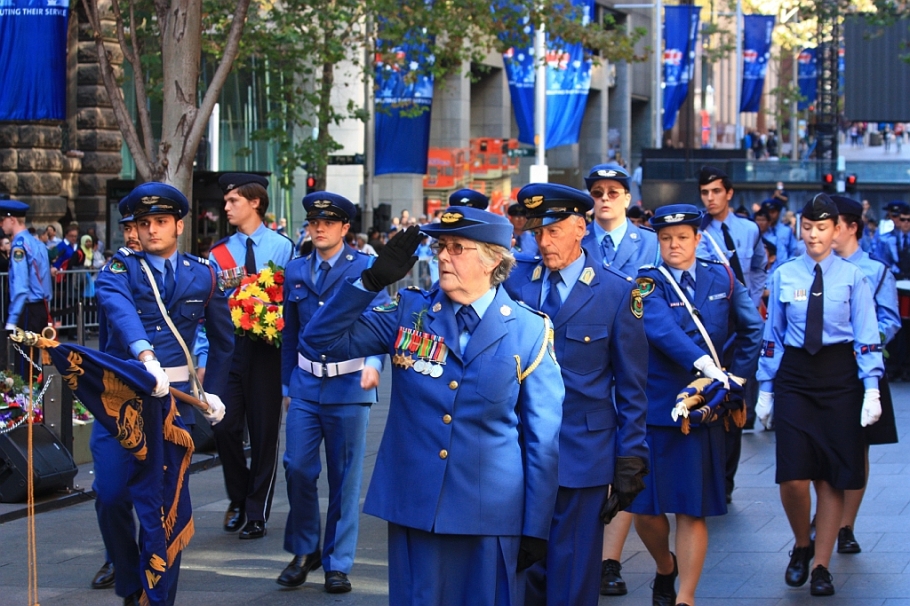 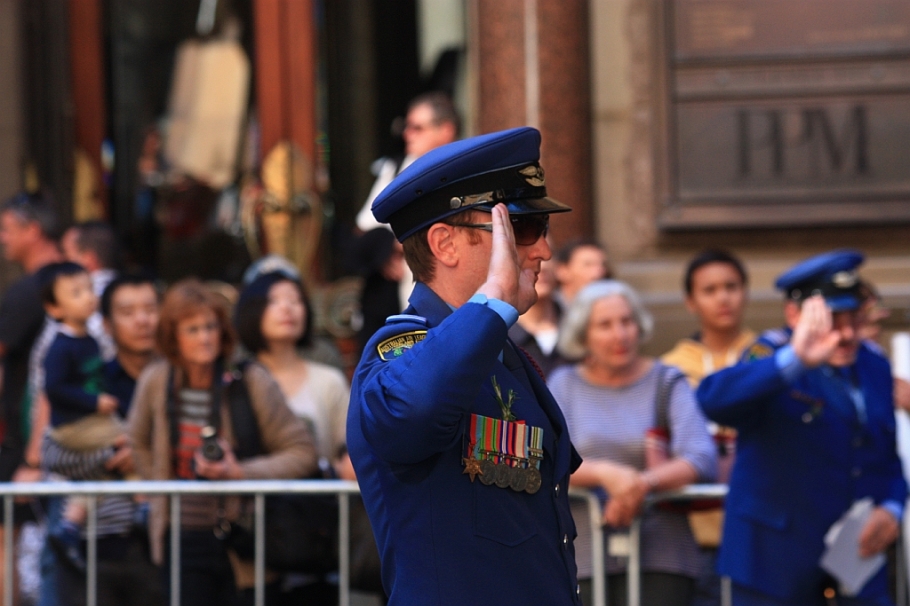 Young lads in the league 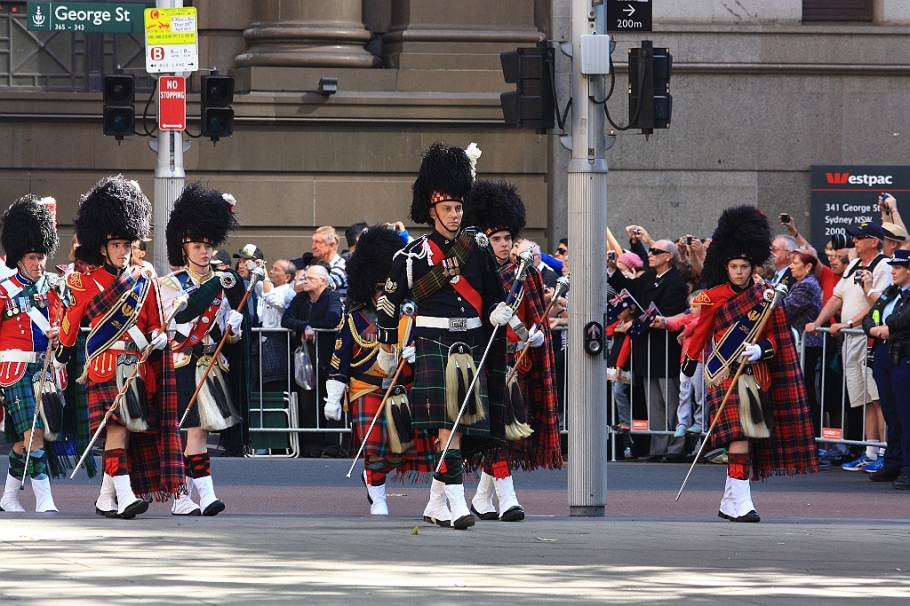 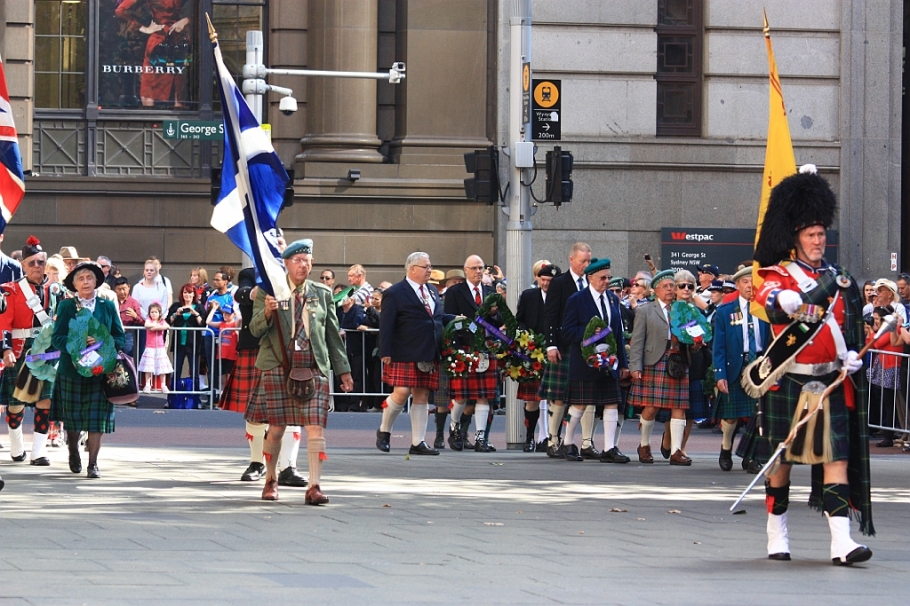 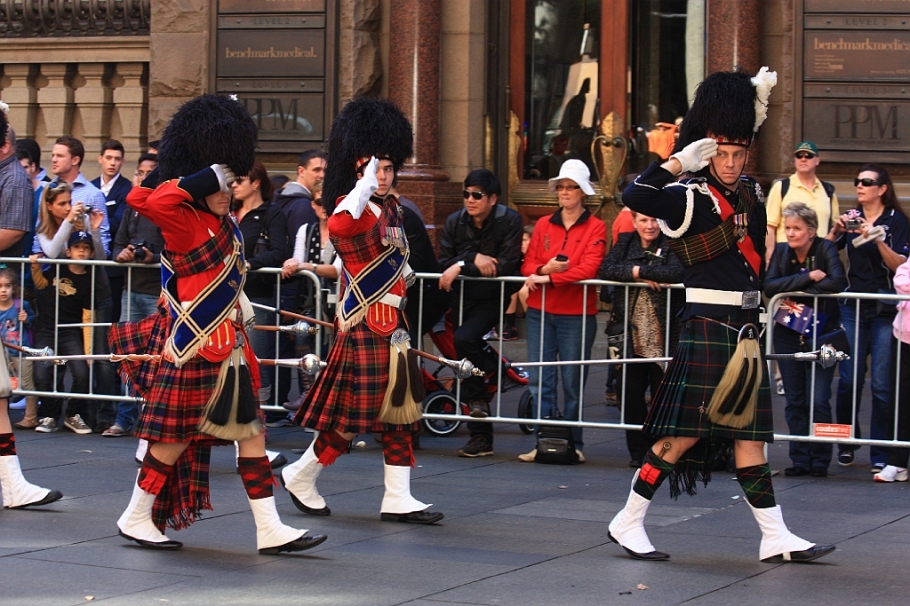 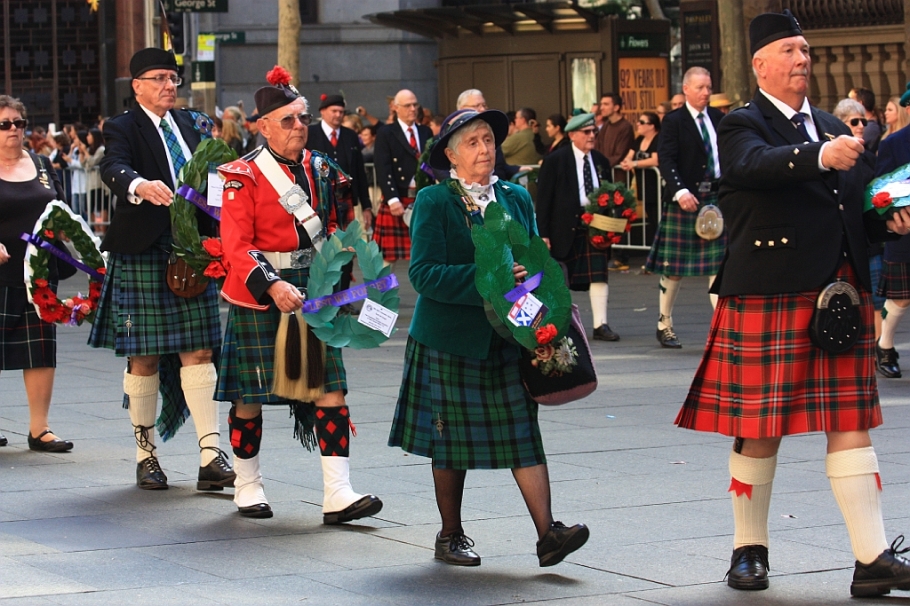 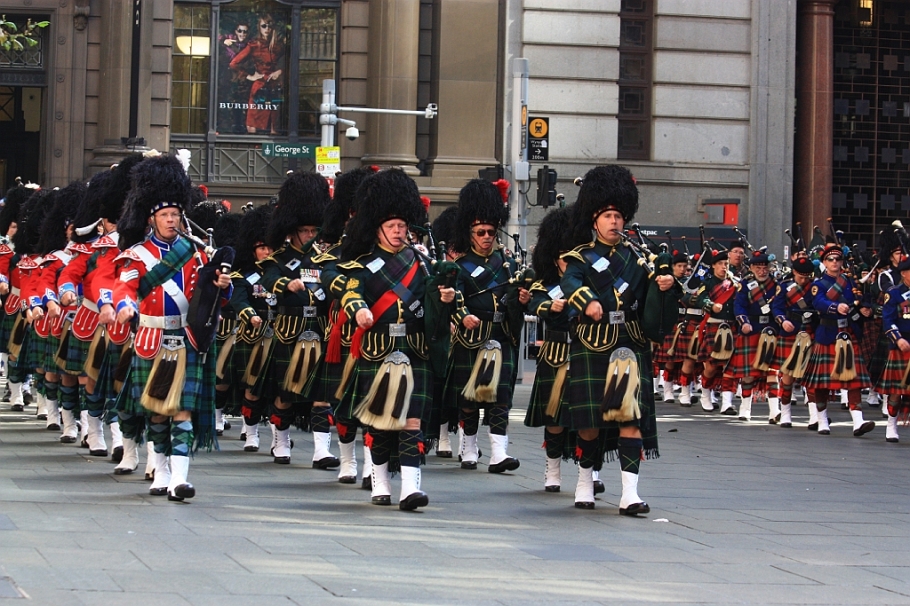 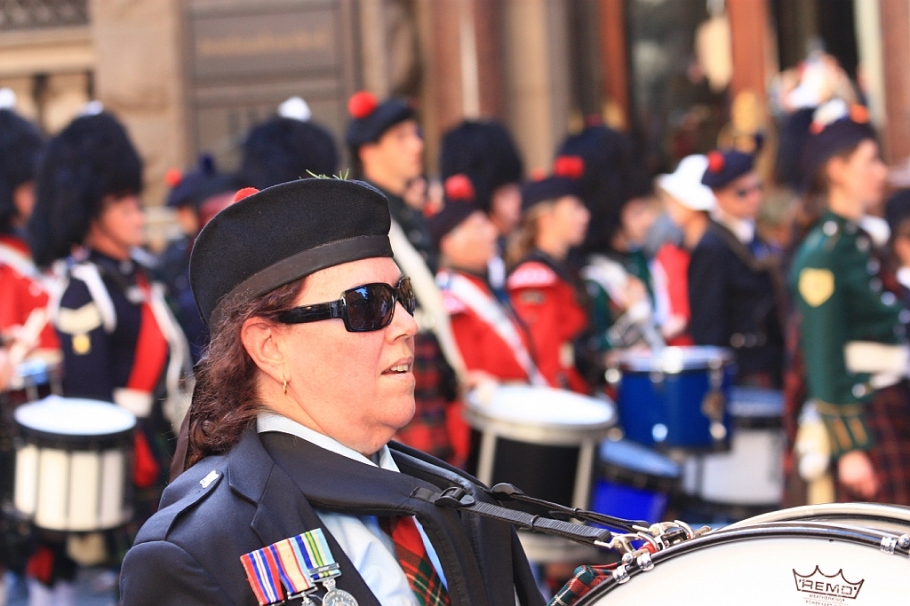 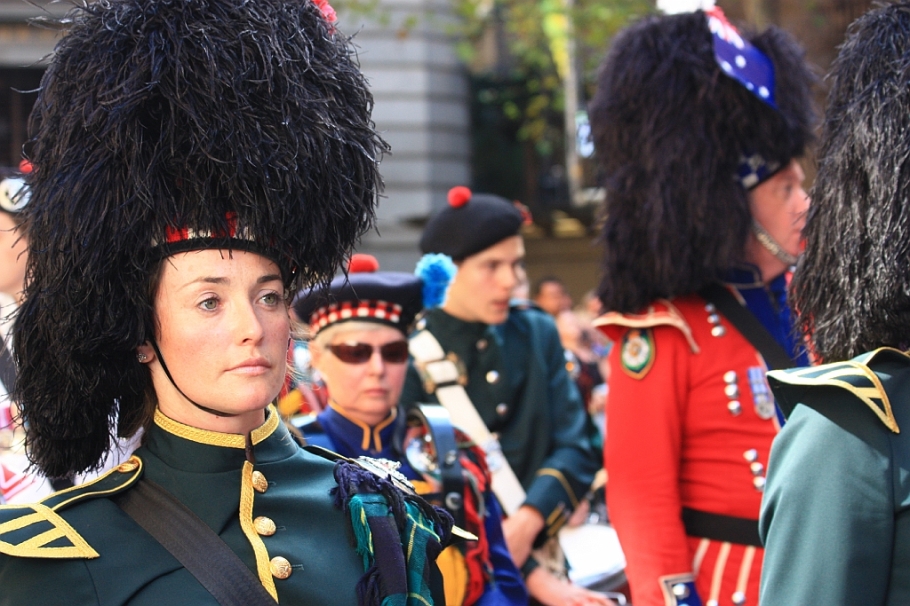 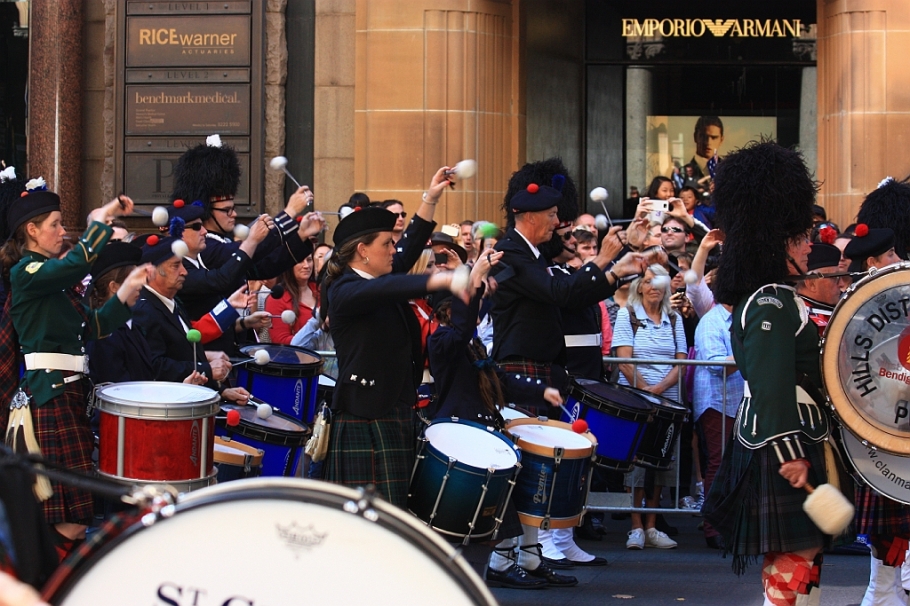 Flowers and wreathes at the Cenotaph 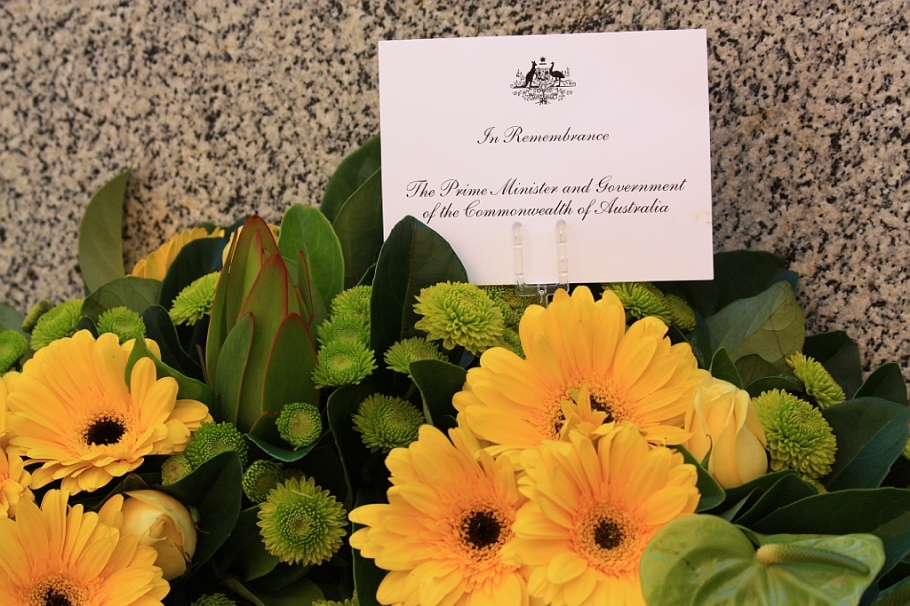 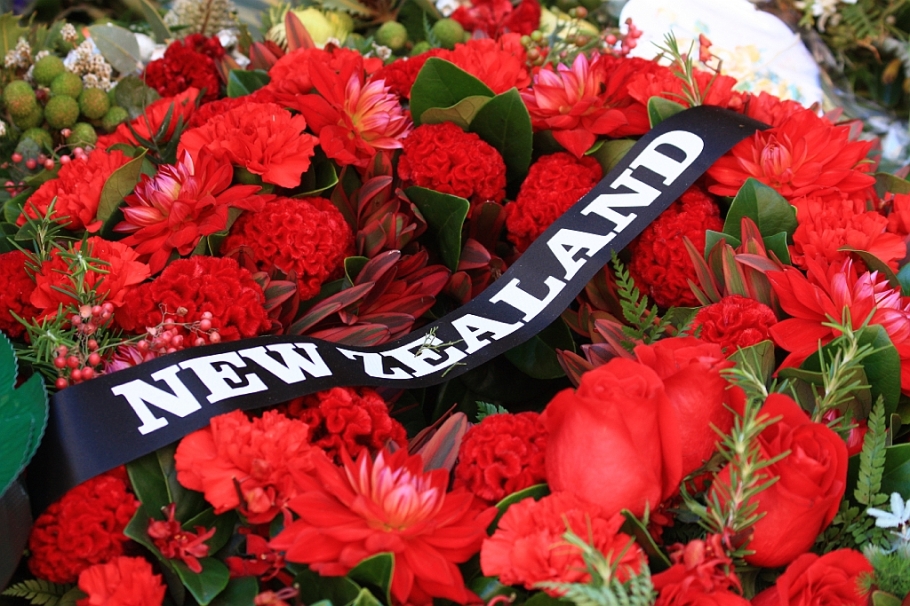 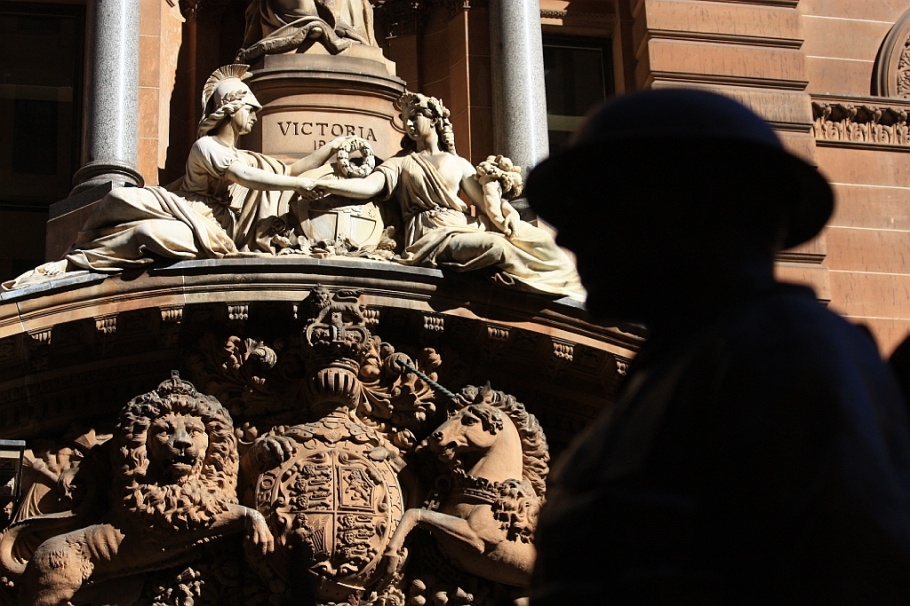 “Lest We Forget”: Cenotaph at Martin Place

“Saluting Their Service”, from the City of Sydney