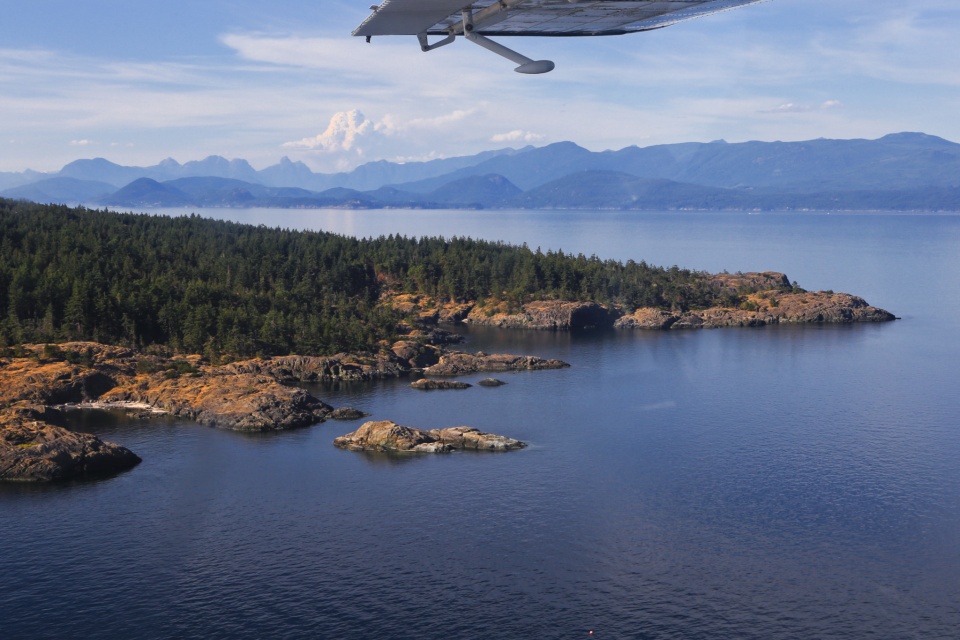 For the opening weekend of the Comox Valley BC Shellfish & Seafood Festival (2015), we flew Harbour Air between Vancouver on the British Columbia mainland and Comox on Vancouver Island. In the present image from the return flight to Vancouver, the plane flies over the waters of Georgia Strait, passing the southern tip of Texada Island (port side) with the mainland’s Sunshine Coast in the background.

•   Early-morning Harbour Air seaplane (HA141), from Vancouver harbour to Comox harbour for BC Shellfish & Seafood Festival.
•   Flying over Strait of Georgia (Salish Sea), facing north to and passing Sechelt (at centre) at 740am; the waters of Sechelt Inlet beyond.
•   This part of the British Columbia mainland and coastline is also called the Sunshine Coast.