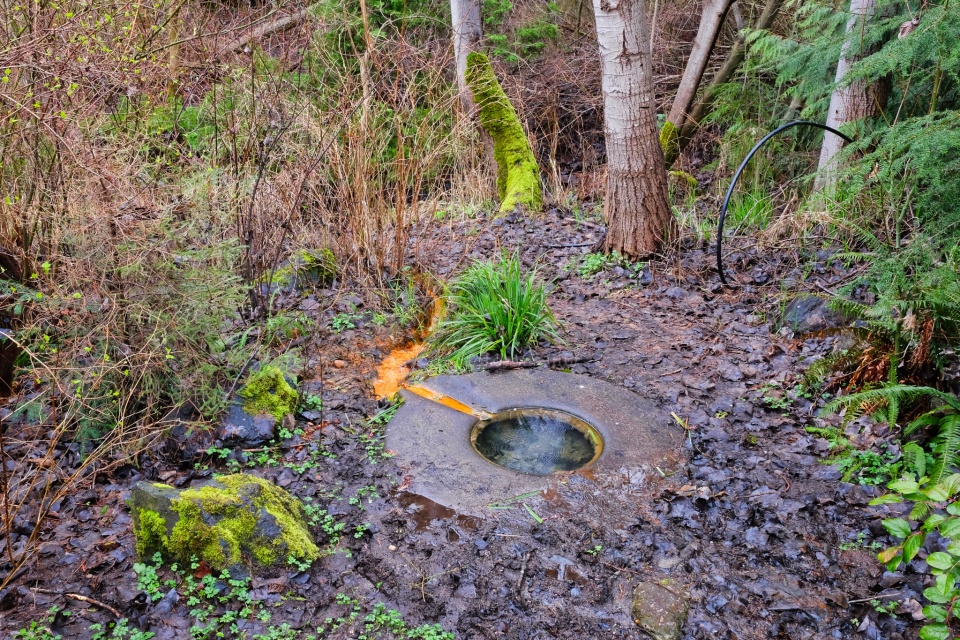 This is “líqtəd”, known today as Licton Springs. This place is Seattle’s first native landmark.⁣⁣

⁣⁣In a corner of Licton Springs Park, a couple of wood bridges cross over small creeks. Despite encroachment by urbanization over many decades and the pressure of being squeezed between Aurora Avenue and the Interstate-5 freeway, the water flow has essentially continued from the time before white/European colonization. Four springs and their emergent creeks flowed south into what is now called Green Lake. One of these springs, the “iron spring”, remains visible; the outflow merging downstream with a larger creek and iron-oxide mud staining the ground red. A cement ring collar provides some protection around the spring, a visible attempt to preserving this historic location. As a sacred site with medicinal and cultural use, the Duwamish people camped and built sweat lodges near these springs; they bathed in the mineral-rich waters and used the brightly coloured mud to make paint.

⁣⁣On 16 October 2019, the city of Seattle’s Landmarks Preservation Board approved the designation of the Duwamish site and Licton Springs Park as an official historic landmark of the city.

Licton Springs bears one of Seattle’s few modern place-names derived directly from Whulshootseed, the southern Seattle-area dialect of Lushootseed in the group of Coast Salish indigenous languages. People came here to the springs to collect clay, which was baked and mixed with tallow to create red paint. The area was one of the properties owned by David Denny (re. from the Denny group who landed at Alki in 1851); the area was once a health spa which eventually became a residential suburb accessible by streetcar. The rust-red springs are still visible today in Licton Springs Park.⁣⁣ 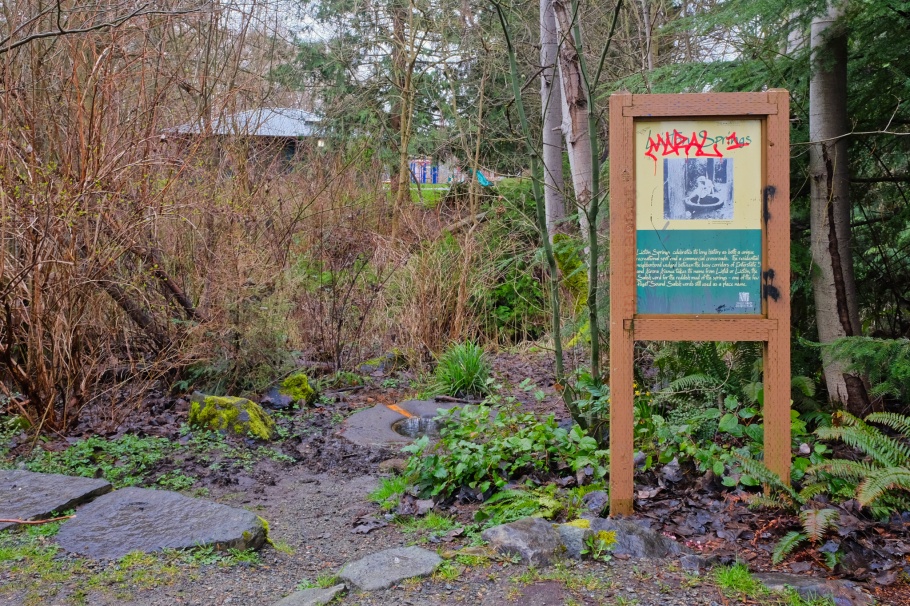 Licton Springs Park: the iron spring appears on the ground at lower-centre. In the background are restrooms and the park’s playground.

I acknowledge my visit to the traditional land of the first people of Seattle, the Duwamish (Dxʷdəwʔabš) People past and present, and honour with gratitude the land itself and the Duwamish Tribe (src). I made the photos above on 7 March 2020 with a Fujifilm X70 fixed-lens prime. This post appears on Fotoeins Fotografie at fotoeins DOT com as https://wp.me/p1BIdT-h9T.