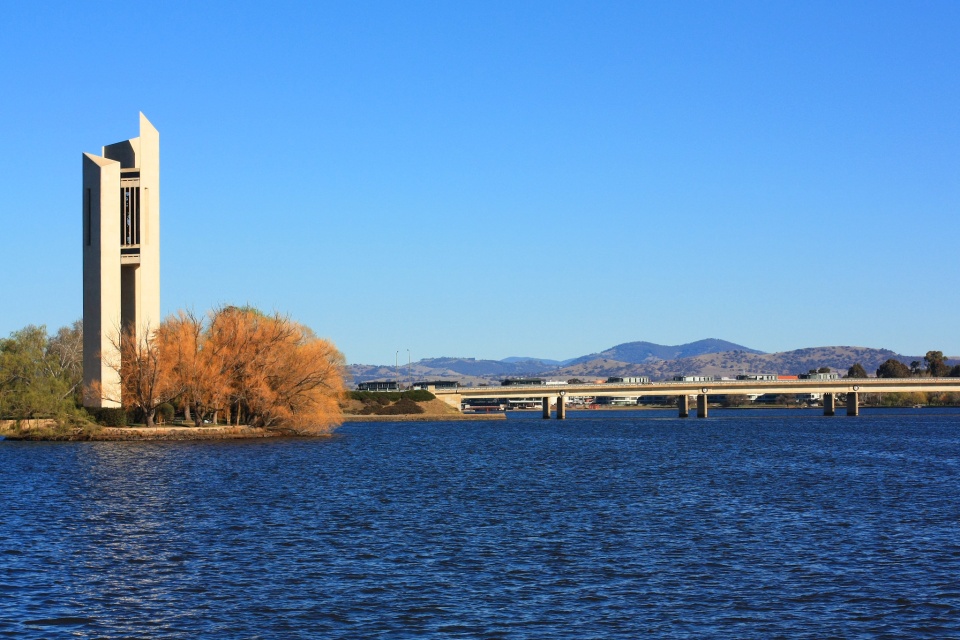 The National Carillon glows in warm afternoon light and anchors the scene at the eastern end of Lake Burley Griffin. The Carillon was Great Britain’s gift to Australia on the capital’s 50th birthday in 1963.

On a gentle lake cruise on a clear late-winter day, I get to see how beautiful Canberra is, even if the Australian capital city is a careful construction in the outback southwest from Sydney. Canberra is often criticized as “boring,” but that’s lazy thinking. Any criticism won’t matter to my friends who are employed at nearby Mount Stromlo Observatory and who are raising a young family. Like Chile’s La Serena where we first met, what the two places have in common is an environment for both astronomy and family.