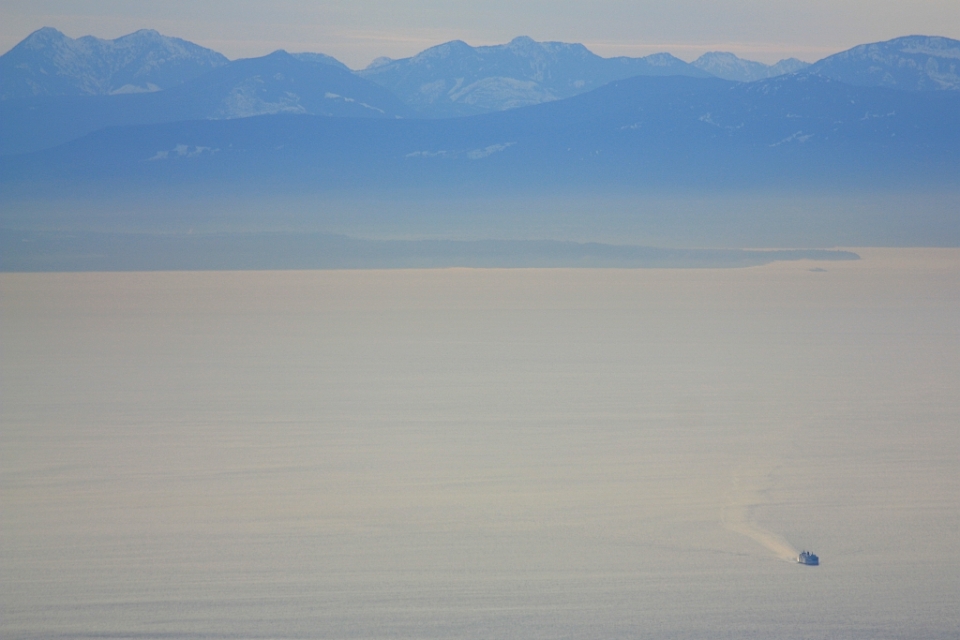 From the perch up on Grouse Mountain, afternoon winter sun illuminates the waters of Georgia Strait as a BC Ferries’ ship from Nanaimo on Vancouver Island is on approach to the mainland terminal at Horseshoe Bay. 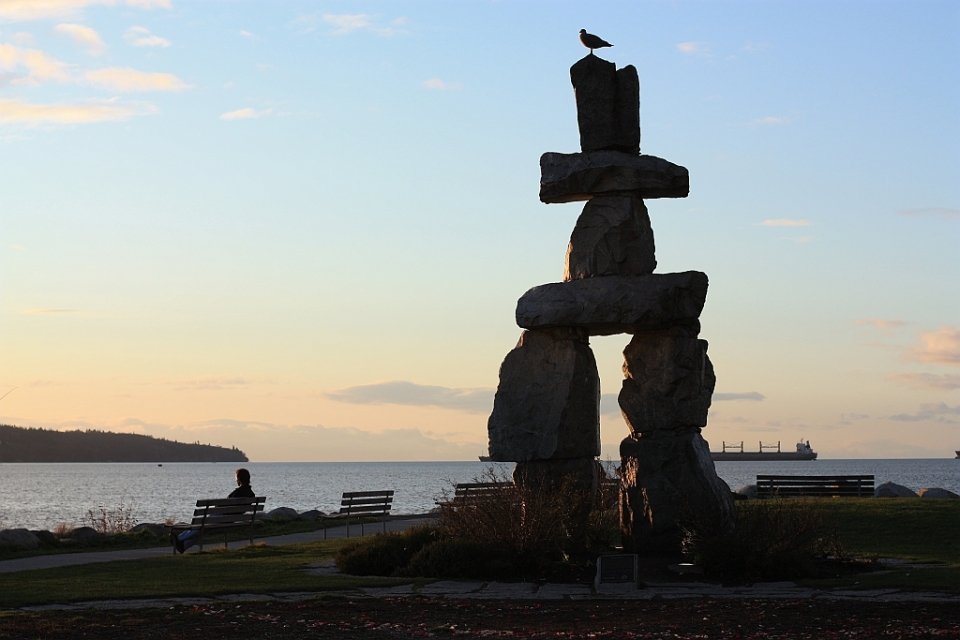 I was born and raised in the city of Vancouver, British Columbia, Canada. I left Vancouver in 1994, and for the next 17 years, I hadn’t spent more than one to two weeks in any subsequent visit.

I returned to Vancouver on 2012 January 4 after leaving job, career, and country of residence behind. In the six following weeks, I discovered new aspects to my hometown, and rediscovered “old” things I hadn’t encountered in over 20 years.

With this gallery, I’m showing parts to Vancouver which make the city beautiful and compelling. Anyone can find these gems for themselves at no charge, apart from the cost of public transit, because, really, why are you driving around town? Another gallery showing Vancouver at night will be posted very soon.

Here is some more photo goodness from Vancouver:

I made the photos above on January 2011, January 2012, and February 2012. This post is published on Fotoeins Fotopress at fotoeins.com.

All of the peaks on Vancouver’s North Shore have a frosting of snow on their respective peaks. Most residents refer to the North Shore mountains which go up to about 5000 feet as the “local hills”.

However, my knees are wobbly, and my ankles are crap. I don’t ski nor do I snowboard. What that means is I cast envious glances at those who do. But instead of envy, why not capture them in action?

It’s really beautiful at the summit of Grouse Mountain.

From downtown Vancouver, it’s 15 to 20 minutes drive to the base of Grouse Mountain. Alternatively, there is public transport: with the 247 bus directly from downtown Vancouver; across Burrard Inlet on the Seabus to Lonsdale Quay, followed by the 236 bus; or with the 232 bus from the eastern side of North Vancouver. There’s an aerial tramway or Skyride service between the mountain’s base and the top.