Only 35 kilometres (22 miles) from the New Mexico-Arizona border, Gallup was once an important railway depot town big on coal transports, but now is a stop for weary drivers on today’s I-40 interstate highway. Gallup is also considered an unofficial capital of the Navajo Nation in New Mexico and gateway into Indian country.

In various visible ways, the town honours the Navajo Code Talkers who were from the Gallup area and served in the Pacific Theater of the Second World War. In the plaza in front of the county courthouse is a veterans’ memorial and walkway with column markers to the Spanish-American War, World War 2, Korean War, Vietnam War, Persian Gulf. One column highlights and honours members of the Navajo Nation who served as Code Talkers in the Pacific Theatre of World War 2.

If it were not for the Navajos, the Marines would never have taken Iwo Jima.

I made all pictures on 12 Oct 2018 with a Fujifilm X70 fixed-lens prime. This post appears on Fotoeins Fotografie at fotoeins DOT com as https://wp.me/p1BIdT-izT. 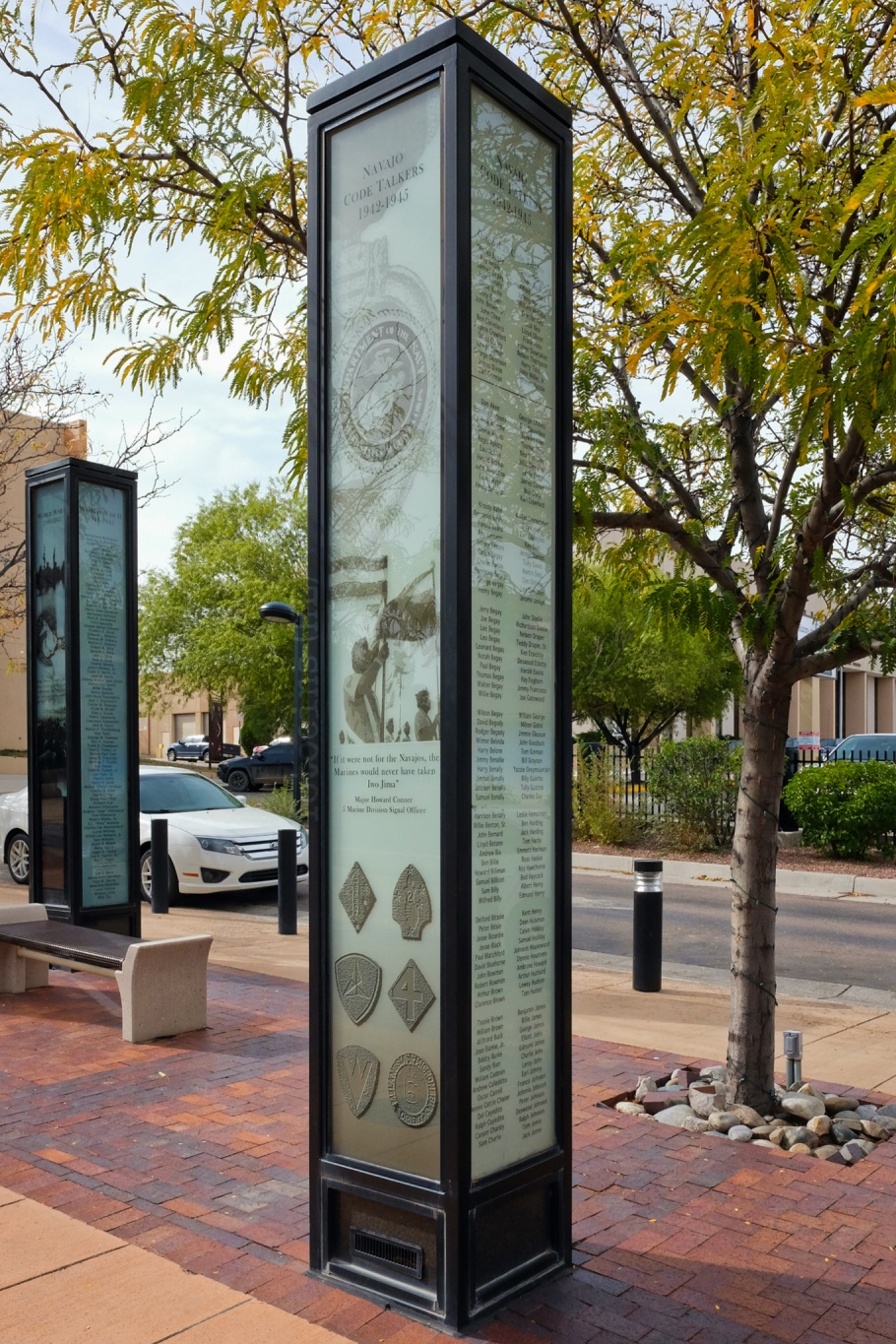