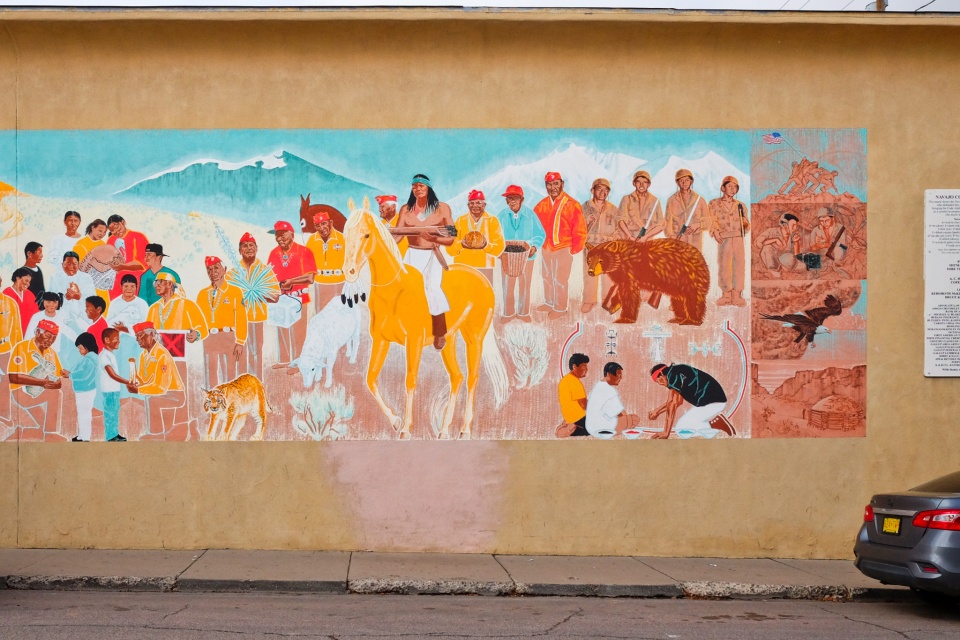 We stopped in Gallup, New Mexico, for a few hours on our 1-day drive from Santa Fe west to Flagstaff. Only 35 kilometres (22 miles) from the New Mexico-Arizona border, Gallup is considered an unofficial capital of the Navajo Nation in New Mexico and gateway into Indian country. Formerly a busy railway depot town big on coal transports, Gallup is now a stop for weary drivers on today’s I-40 interstate highway.

The town honours the Navajo Code Talkers who served in the Second World War. The 2001 wall mural along South 2nd Street by Be Sargent commemorates the Navajo Code Talkers who were recruited by the U.S. Marine Corps for service in the Pacific Theater during World War 2. Their own Navajo code was never broken during the war. The mural shows the men as they were young and later as aged, as well as various animals familiar to the area.