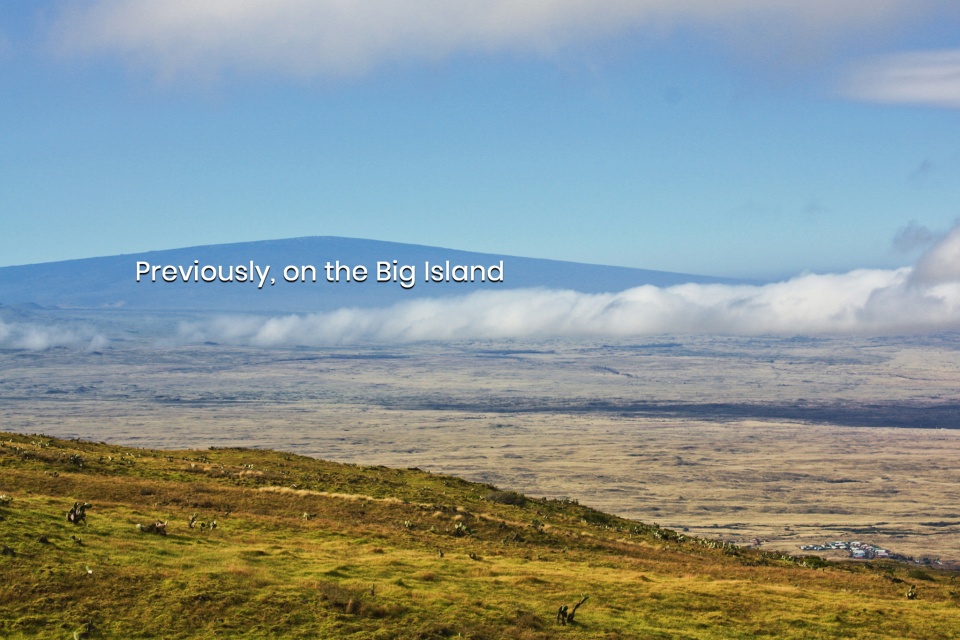 I’ve already described memorable return visits to Berlin and Prague, and I wanted to end the trio of “previous” posts with something a little more wild and natural, located in the middle of the Pacific Ocean.

In a previous life, my first visit to Hawaii and the Big Island occurred in 1999 after I had successfully applied for observing and research nights on the CFHT telescope near the Mauna Kea summit. Between 2006 and 2011, I worked at Gemini Observatory South in Chile, and I travelled occasionally to the Big Island for research meetings and consultations with colleagues at the offices of Gemini North. My last visit occurred in early-2012 at the outset of my year-long around the world journey.

The yearning to hop back across the great western pond is deeply imbedded with many memories; the following 10 images is as good a place to start.

Around the Big Island 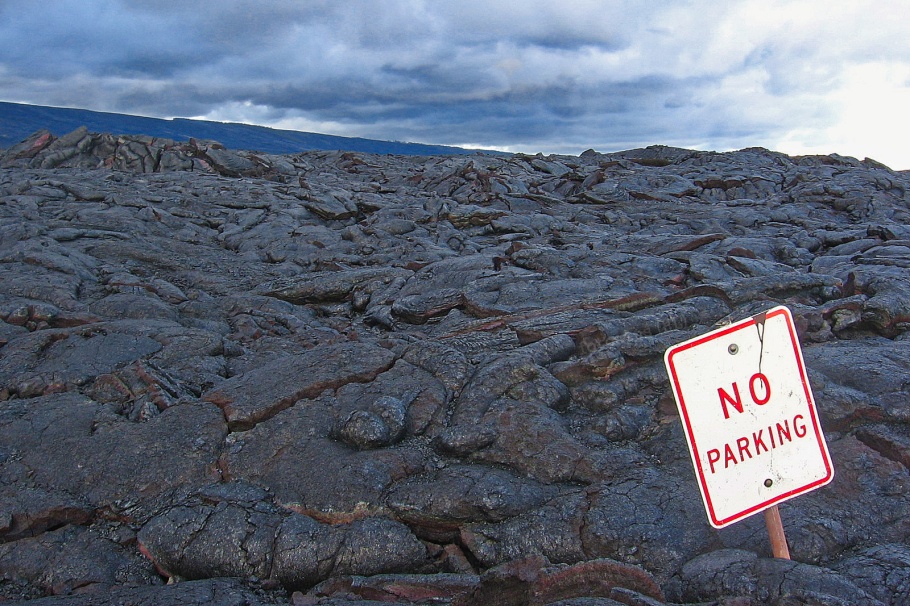 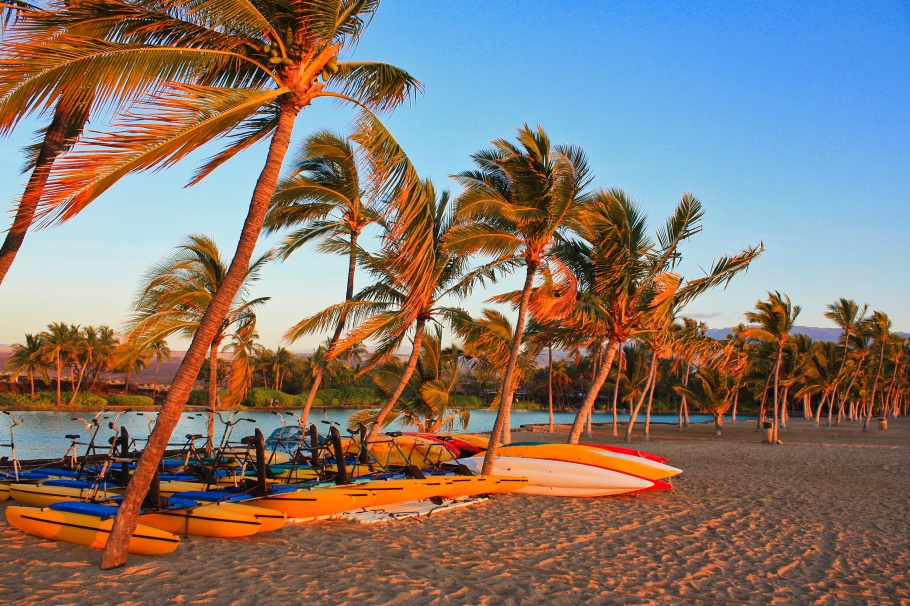 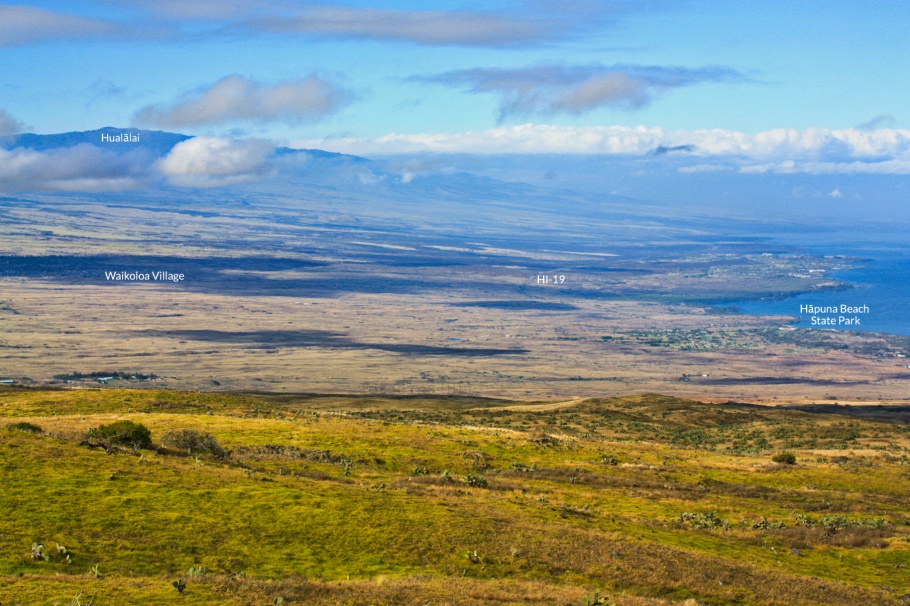 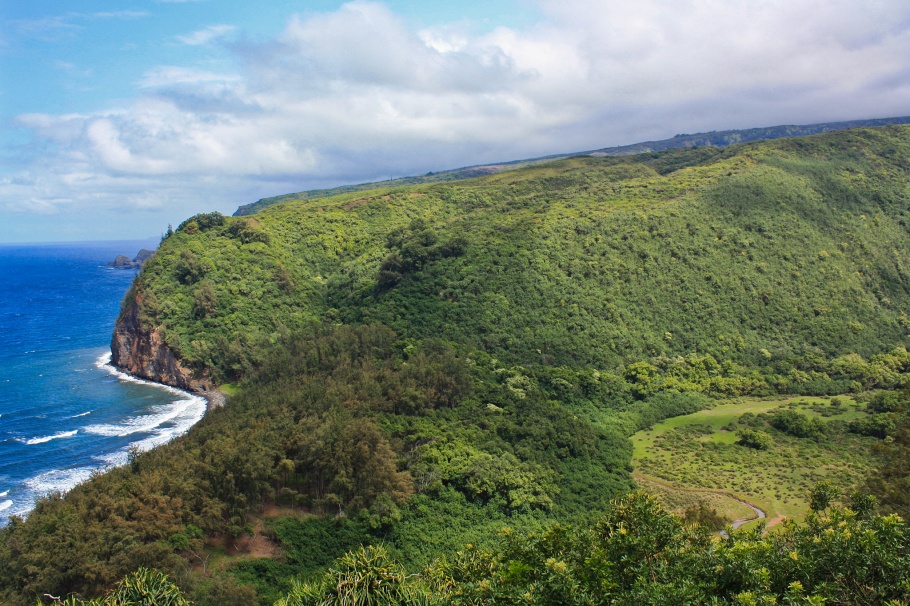 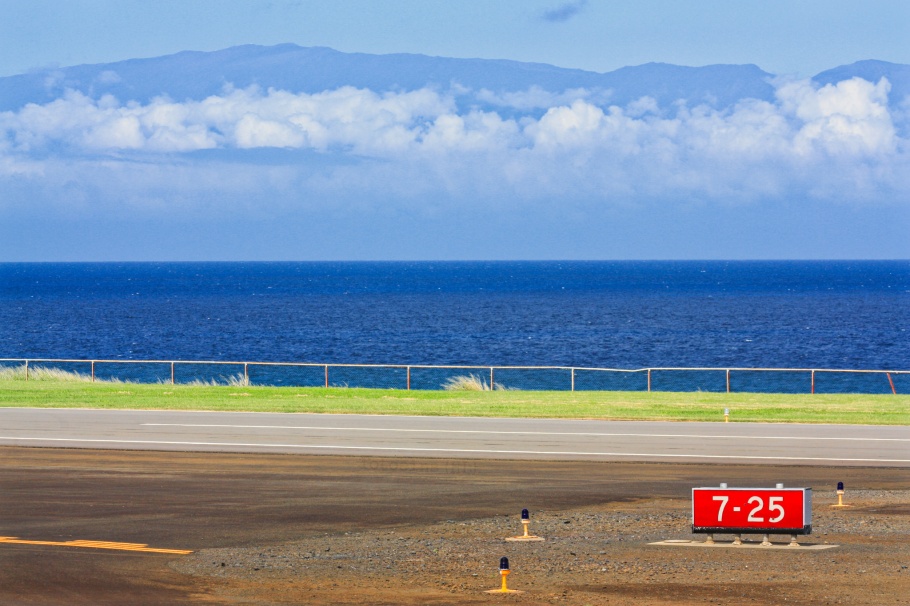 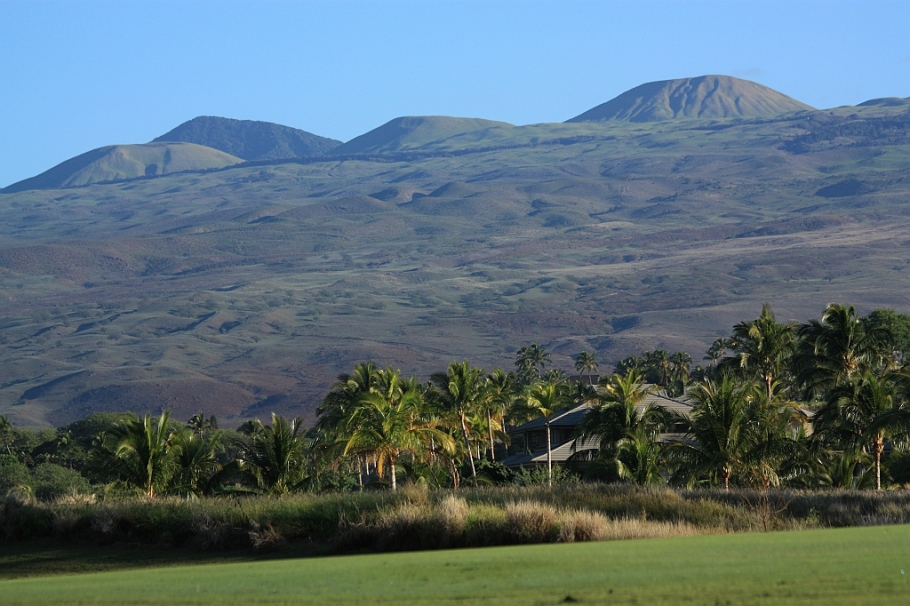 Facing north to cinder cones on the flank of extinct volcano Kohala, as viewed from the 13th-hole of the Mauna Kea Golf Course. From left to right respectively are the cones Pu’u Honu, Pu’u Pili, Pu’u Iki, and Pu’u Lapalapa. The green line running from left to right below the cones is state highway 250, known commonly as Kohala Mountain Road. Photo on 8 Dec 2009 (450D). 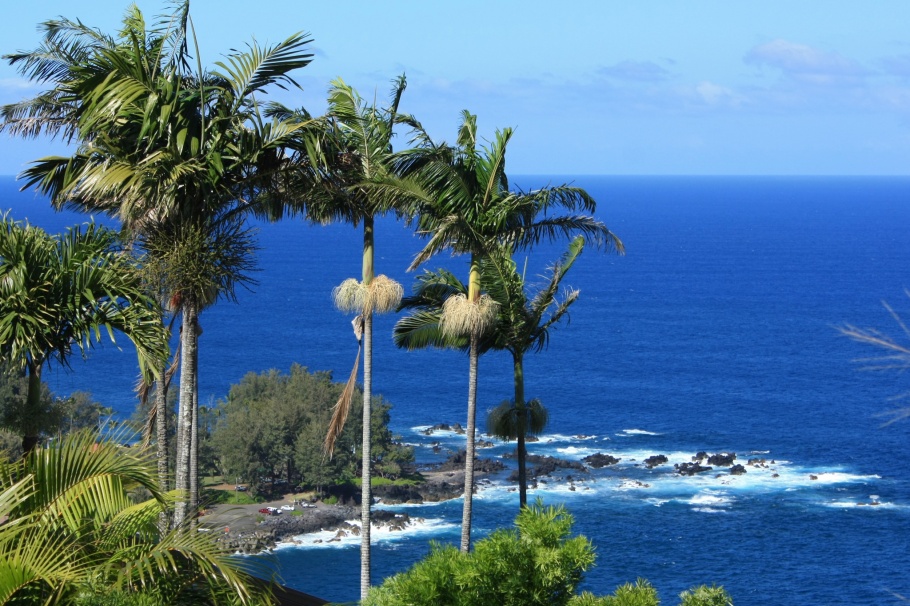 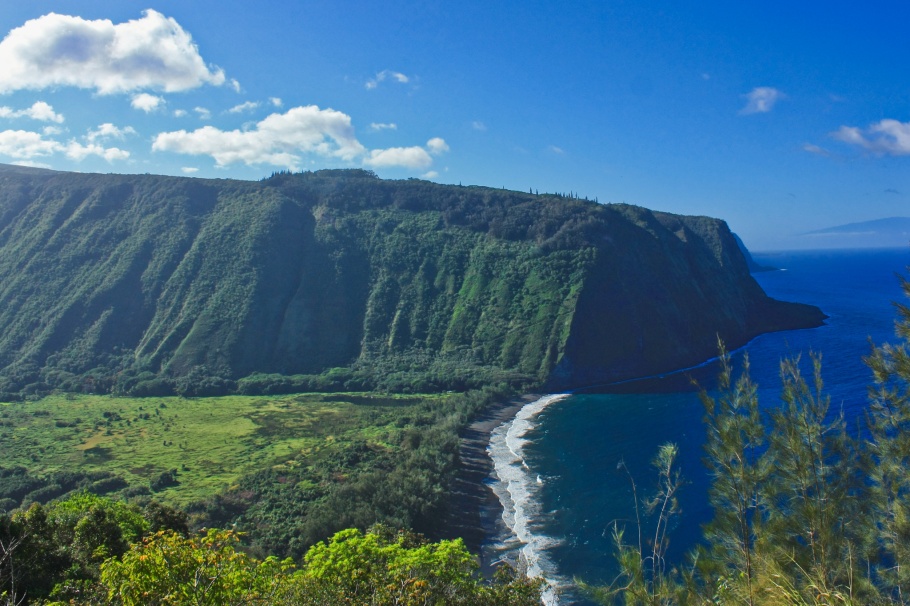 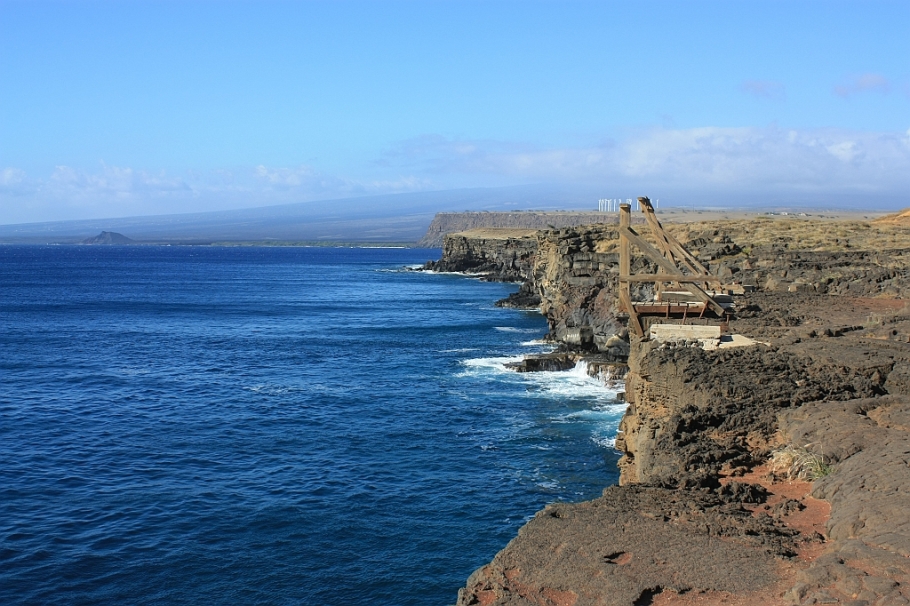 Ship hoist near Ka Lae (South Point), with the white turbines of the Pakini Nui wind farm (5 km) and the shallow rise of dormant Hualālai volcano in the background (85 km). Photo on 22 Jan 2012 (450D). 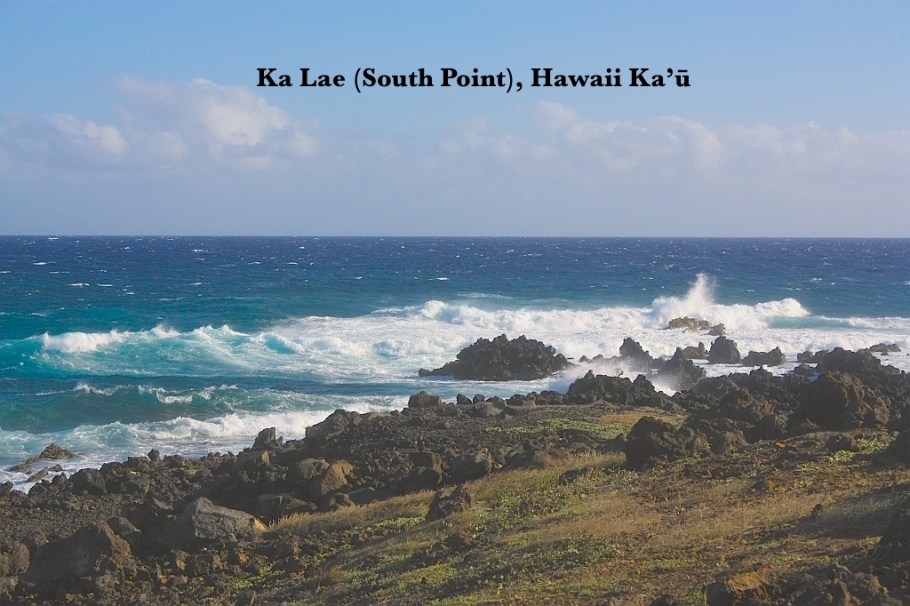 Ka’u is one of the least-populated and remote regions on the Big Island. Here, Ka Lae is the southern most point in Hawaii and the US, and it’s where the first Polynesians likely arrived to unpopulated Hawaii between 400 and 500 AD/CE. – 22 Jan 2012 (450D).

I made all photos above from 2007 to 2012 with Canon cameras: PowerShot A510 (A510) and EOS450D/Rebel XSi (450D). Alle Fotoaufnahmen sind mit Wasserzeichen versehen worden. Acknowledgements go to Journeys with Johnbo for LAPC no.92 in the week of 11-17 Apr 2020. This post appears on Fotoeins Fotografie at fotoeins DOT com as https://wp.me/p1BIdT-hmj.

16 Responses to “Previously, on the Big Island”