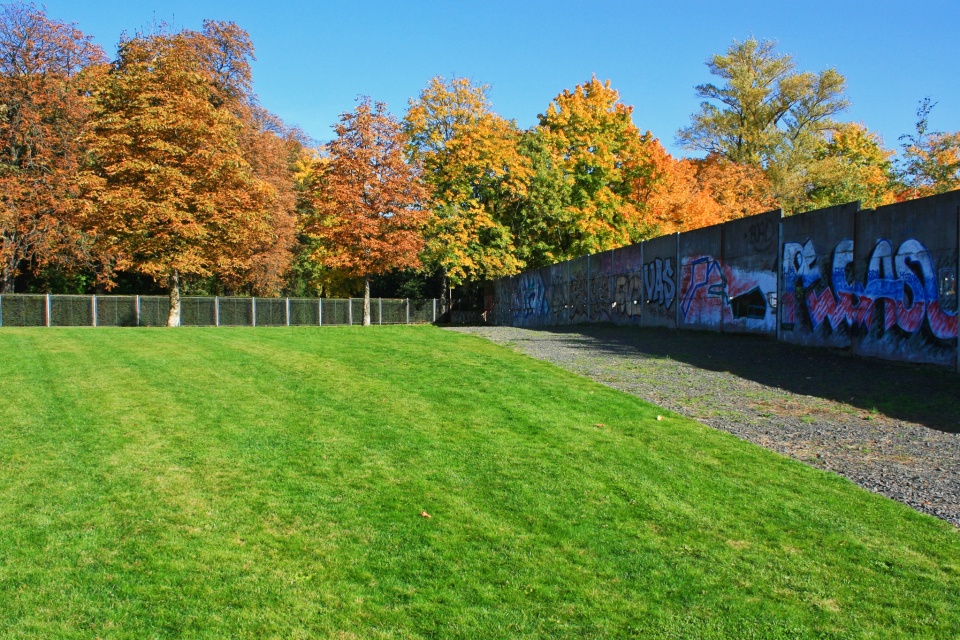 November 2019 marks the 30th anniversary of the fall of the Berlin- and inner-German wall.

This green space at the Berlin Wall Memorial looks harmless through a present-day perspective, but this so-called “security wall” was meant to prevent people from leaving. Not only was there a wall at the boundary between East Berlin and West Berlin, there was a 2nd inner wall on the East Berlin side, because East Berlin and East German authorities really meant to keep their citizens contained. I’m standing in what would’ve been the “Grenzstreifen” (border strip) or “Todesstreifen” (death strip).

The first map section from berlin.de shows my location and image perspective with a black asterisk and black arrow, respectively, with additional parts labeled: Vorderlandmauer (boundary or outer wall) which was often but not always coincident with the “politische Grenze” (political border) between West and East Berlin, Grenzstreifen (border control zone), and Hinterlandmauer (hinterland or inner wall). West Berlin is to the left of the red line, and East Berlin is to the right of the blue line. The second map section below is clickable via Google Maps.