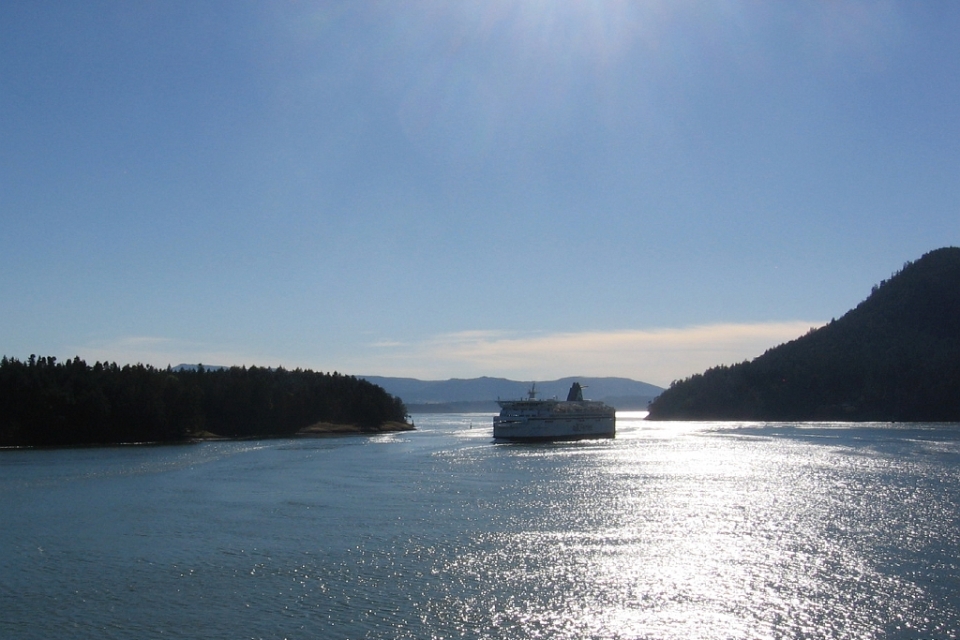 The picture above is of Active Pass where two BC Ferries’ ships navigate not only the narrow channel in the Gulf Islands of British Columbia, but also must pass each other as they traverse the route on the Salish Sea between Tsawwassen on the mainland and Swartz Bay on Vancouver Island.

I made the photo on 25 July 2007 with a Canon A510 Powershot. This post appears on Fotoeins Fotografie at fotoeins.com as http://wp.me/p1BIdT-7YU.