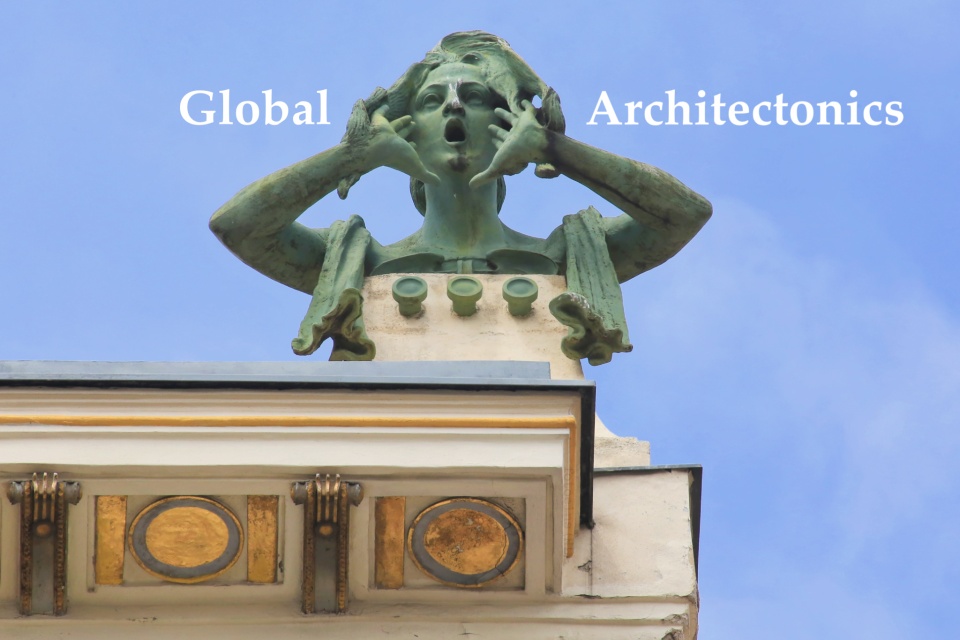 Architectonics is a noun which represents “the scientific study of the art and practice of design and construction of buildings.” And by analogy with (plate-) tectonics, key figures and their subsequent creations have shaped architectural ideas and trends around the world. In the following locations, I’ve chosen specific buildings or structures over generic cityscapes.

Iraqi-British architect Zaha Hadid created “the shell and shadow” design for the Hungerburgbahn mountain cable-car stations which began operation in 2017. The roofs of the stations resemble slow-moving tongues of ice and snow.

Architect Adolf Loos designed and constructed the building called the Loos House (Looshaus, 1909-1911) across from the imperial Hofburg. Known as “the house without eyebrows”, the building design with marble-clad exterior walls and lack of ornamentation around the exterior windows openly rejected past use of flowery decorative elements, shocked the public, and enraged Austrian emperor Franz Josef.

With the core of Simon Fraser University (SFU) campus built in 18 months, a central building by Arthur Erickson is the Academic Quadrangle which stands out proudly in simple geometric form, mirrored nicely in the adjacent Reflecting Pond. 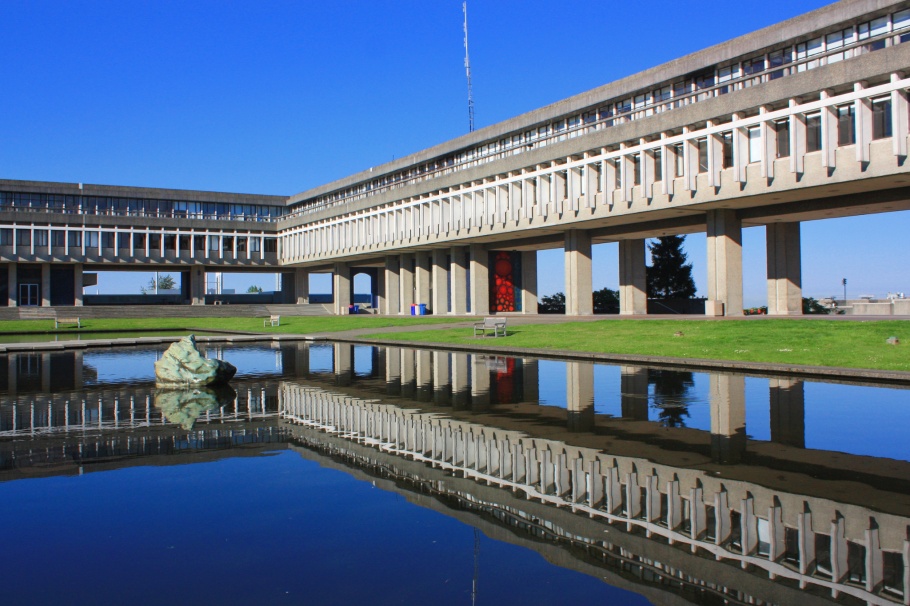 For its smooth graceful form next to the Vltava River, the Dancing House (also known as “Fred and Ginger”) was unveiled in 1996 and considered a poor controversial fit with the Neo-Baroque, Neo-Gothic and Art Nouveau surroundings. The building is now a popular landmark with criticism effectively silenced or ignored.

The Fagus factory produced shoe lasts or moulds made originally with beech wood. Designed by Walter Gropius, the factory’s 1911 office building with its steel and glass construction is considered the first structure built in the “modernist” style. The building and site are inscribed as UNESCO World Heritage Site for its historical significance to architecture. 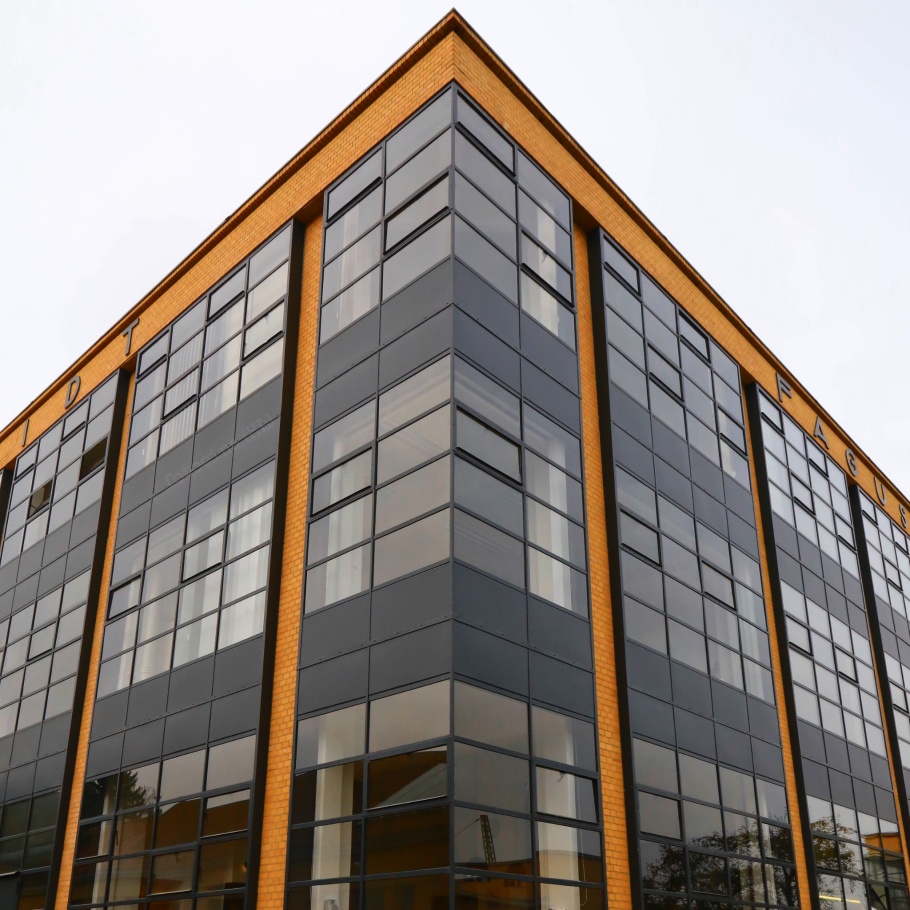 After moving from Weimar to Dessau, a new headquarters building for the Bauhaus school was built with its clean straight lines in steel and glass. Walter Gropius designed the building with construction completed in 1926. The building is inscribed as UNESCO World Heritage Site. Bauhaus celebrates its 100th anniversary in 2019. 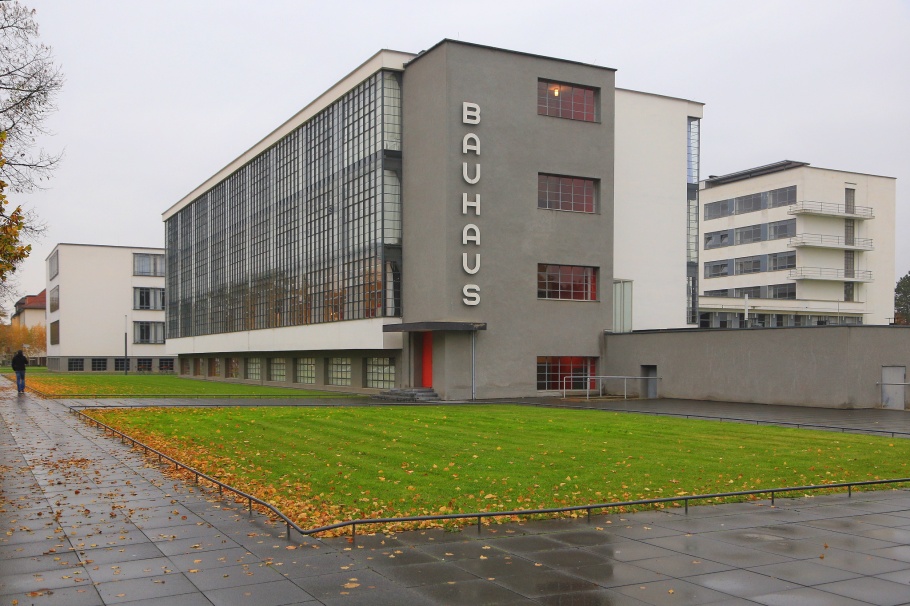 In Hamburg’s Kontorhausviertel (Office District), the Chilehaus and the Sprinkenhof are examples of brick office structures representative of world trade and construction in the late 19th- and early 20th-century. Both Kontorhausviertel and the Speicherstadt (Warehouse District) have been inscribed by UNESCO as World Heritage Site since 2015.

Completed in 2005, artist Friedensreic Hundertwasser’s Green Citadel is a pink curvy work of whimsy. He famously declared straight lines as “godless”, and called this final work “an oasis for humanity and nature in a sea of rational houses” before his death in 2000.

A place of remembrance “Erinnerungsort Olympia-Attentat München 1972” was inaugurated in 2017 in Munich’s Olympic Park, complete with information panels and a video display of news footage about the kidnapping and killing of Israeli athletes at the 1972 Summer Olympic Games.

Once belonging to the blacksmith George Gerlach, the Gerlachschmide is a triangular steepled half-timbered house reconstructed in the post-war period after destruction in the Second World War. The tower corresponds to the 14th-century Röder Gate at the city’s medieval wall.

The New Zealand parliament is situated in the capital city of Wellington. The “Kaiwhakatere The Navigator” sculpture sits in front of the 1979 building for the Prime Minister and Cabinet Ministers. For its shape, the building of the Executive Wing is known affectionately as “The Beehive.” 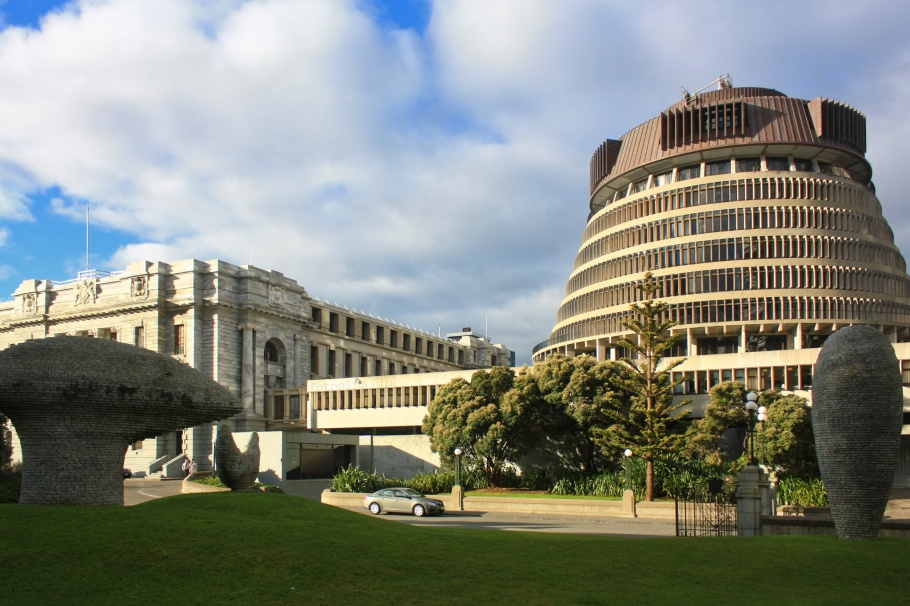 Desert View Watchtower was designed and built by American architect Mary Colter for the Fred Harvey Company in 1932 as a viewpoint and rest area for visitors. She wanted the tower to acknowledge other similar towers in the American Southwest. The foundation connected the building with the cliffs, the colour and texture of the exterior rocks matched the terrain.

Open to Amazon staff in 2018, these spheres are located at Amazon’s urban campus in downtown Seattle. Three intersecting glass and steel half-spheres contain a botanic garden to include exotic plants, waterfalls, and treehouses, and workspaces to encourage creativity and develop collaboration among employees. 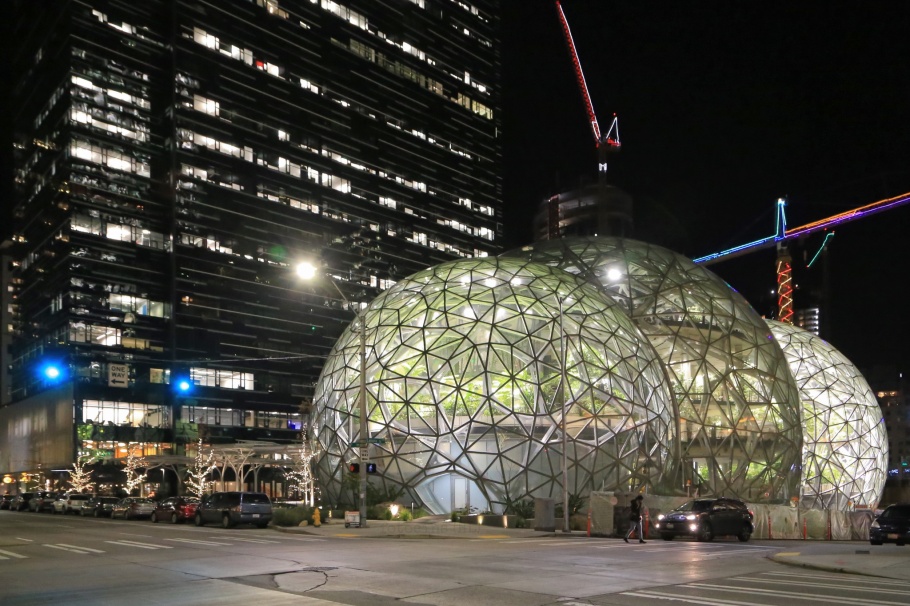 I made all pictures above between 2012 and 2018 with the following: Canon EOS 450D (450D), Canon EOS 6D (6D1), and Fujifilm X70 (X70); alle Fotoaufnahmen sind mit Wasserzeichen versehen worden. This post appears on Fotoeins Fotografie at fotoeins DOT com as https://wp.me/p1BIdT-dqQ.