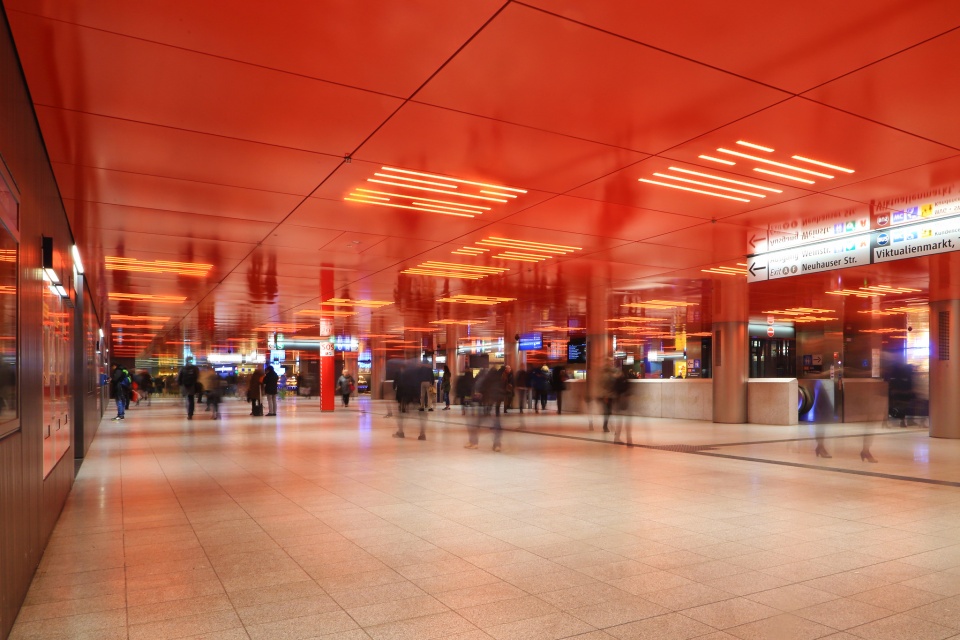 430pm in any large city generally means the afternoon rush is in full-swing. The centre of Munich is unofficially marked by the transport junction at Marienplatz for both U- and S-Bahn trains. When I come up to the underground concourse, a steady flow of people are streaming through, up, and down. That sparks an idea. Ideally, I’d like to have a neutral-density filter to cut down the light by at least a factor of two, but I have the camera stopped down enough that even a long-exposure isn’t completely burning the highlights, although hindsight tells me I could’ve turned the ISO further down. I think my experiment worked relatively well; standing around with a tripod would be far too conspicuous.

2 Responses to “Fotoeins Friday: Ghosts in the commute (Munich)”