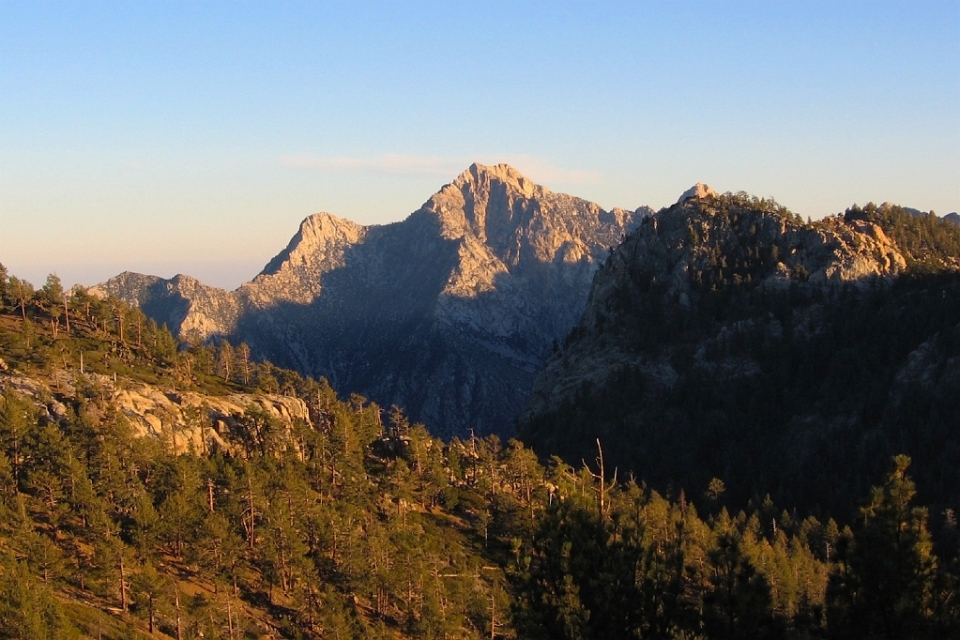 (Top of the Baja in México.)

It’s over a decade of past in the making …

I’m standing on the grounds of México’s Observatorio Astronómico Nacional (National Astronomical Observatory) in the Parque Nacional de Sierra San Pedro Mártir on the Baja California peninsula. The observatory stands on a mountain peak 2800 metres (9200 feet) in elevation. It’s my second visit to the observatory: all astronomical observatories have similar features and amenities, but every observatory has a distinct environment with a unique view.

The peak at centre is Picacho del Diablo which at 3100 metres (10200 feet) is the highest feature on the peninsula. The faint linear feature in the background to the left is the peninsula’s eastern coastline with the Gulf of California some 80 km (50 mi) in the distance.

And as for mountain observatories, I’ve been to a few …

I made the photo above on 16 December 2005 with a Canon PowerShot A510. This post appears on Fotoeins Fotopress at fotoeins.com as http://wp.me/p1BIdT-87H.