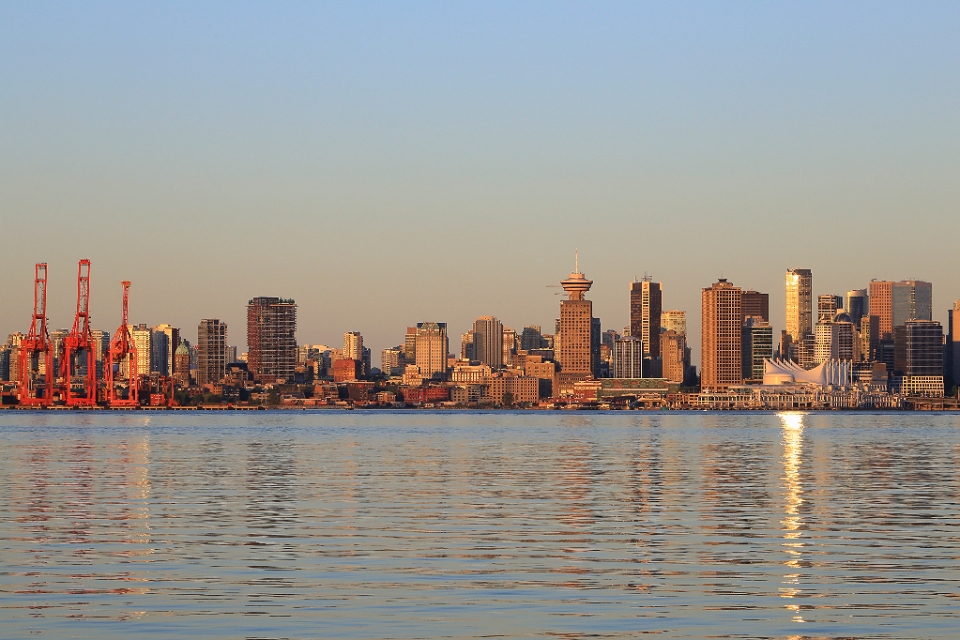 Canada celebrates its birthday annually on 1 July. Known as Canada Day, the 2016 version marks the 149th anniversary of 1867 Confederation, with the creation of the “Dominion of Canada” and four provinces of Ontario, Québec, New Brunswick, and Nova Scotia.

From 2015’s Canada Day, the photo above is first morning light on the downtown Vancouver skyline across Burrard Inlet (Salish Sea) from the Burrard Dry Dock Pier in North Vancouver. The bright vertical reflection comes from light striking the Private Residences at Hotel Georgia (at Howe and West Georgia). Both tower and reflection converge at the “white sails” of Canada Place, a focal point for Canada Day festivities in Vancouver. Prominent at the left are three red gantry cranes at Port of Metro Vancouver’s CenTerm container terminal facility.