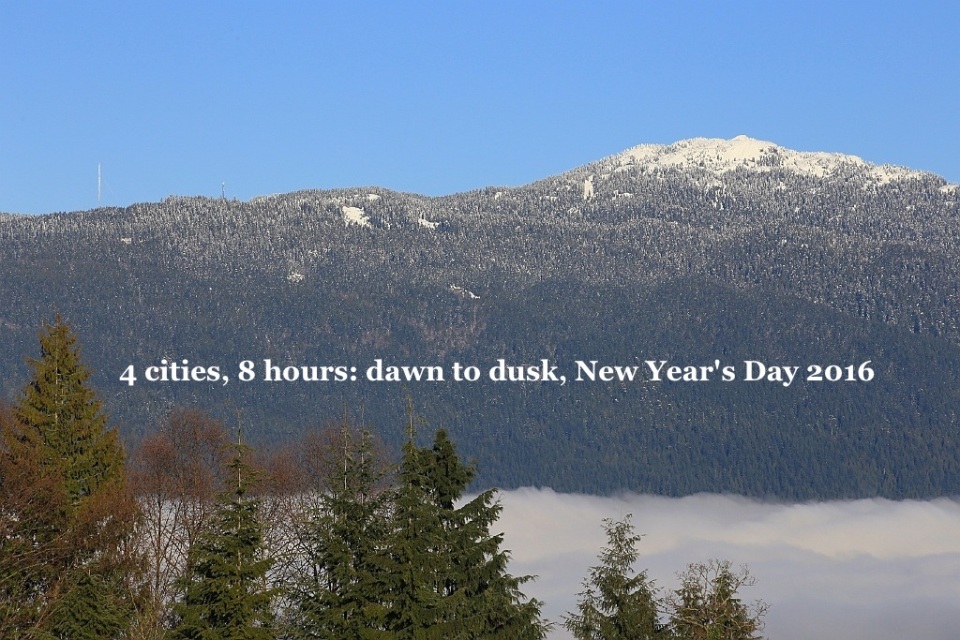 I’ve photographed the greater Vancouver area in separate 16-hour “marathons” on Canada Day (1 July) over the last few years. With the length of a winter day halved to 8 hours, I made a similar photowalk on New Year’s Day 2015. For New Year’s Day 2016, conditions began with morning fog giving way to afternoon sun and a high temperature of +2C (upper-30s F). I traveled to four locations, covering 103 kilometres with public transport; see below. 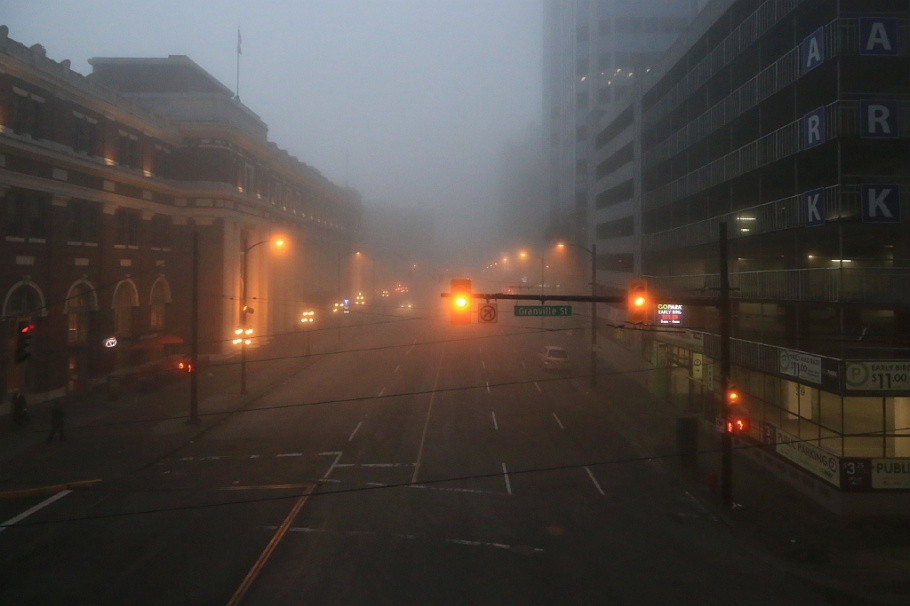 At “The Drop”, waiting for the sun to appear: Canada Place, from Vancouver Convention Centre West

The slow ascent with public transit confirmed the educated guess skies would be clear at elevation. At a height of 300 metres (1000 feet), blue skies and (a low) winter sun provided brilliant illumination at the main campus of Simon Fraser University. Some dozen people were around also to catch the spectacular view.

A steady stream of people arrived and departed from Cleveland Park near the foot of Grouse Mountain. In the early afternoon, the illumination remained firmly south to south-southwest. A slight breeze meant “almost mirror-like” conditions on Capilano Lake. Given drought-like conditions over the summer months of 2015, the water level appeared much higher than in months past.

Making every transit connection from North Vancouver, the journey to the southwest corner of Richmond lasted 2 hours and 10 minutes, just in time to catch the final rays of the day, poking through the mountains beyond on Vancouver Island. Many at the park had the same ideas and clicked away at the sunset, before escaping into the warmth of their cars. Few remained a mere thirty minutes into dusk, but the play of light and silhouettes remained high on my mind. 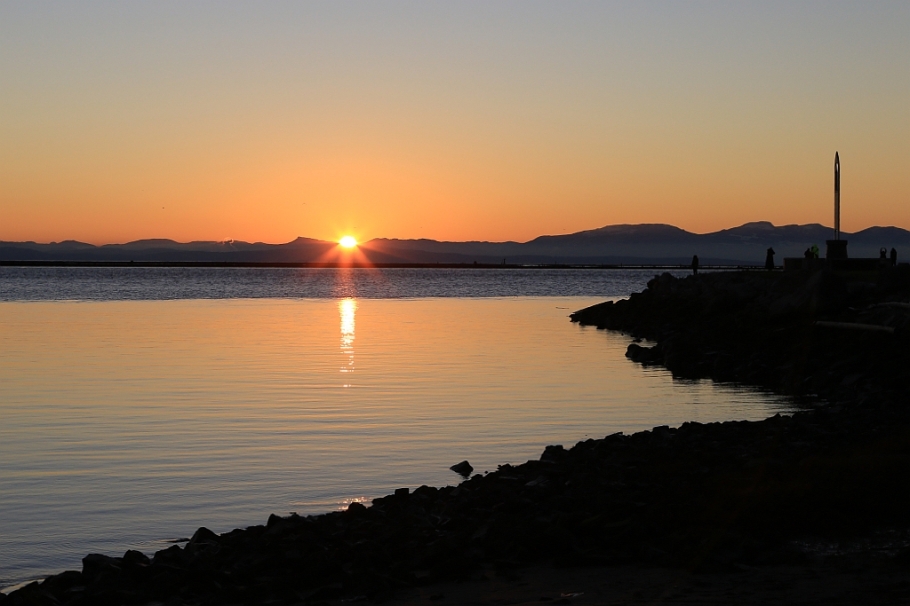 Dusk 2, where the Fraser River empties into Georgia Strait

I covered over 100 kilometres (62+ miles) using TransLink public transit with a DayPass ($9.75 CAD / $7 USD). In the map below, click on the “arrow-window” icon in the upper left corner for additional details.

I made all of the photos on New Year’s Day 2016 with a Canon EOS6D camera and the EF 24-105 f/4L zoom-lens. This post appears on Fotoeins Fotopress at fotoeins.com as http://wp.me/p1BIdT-7CE.