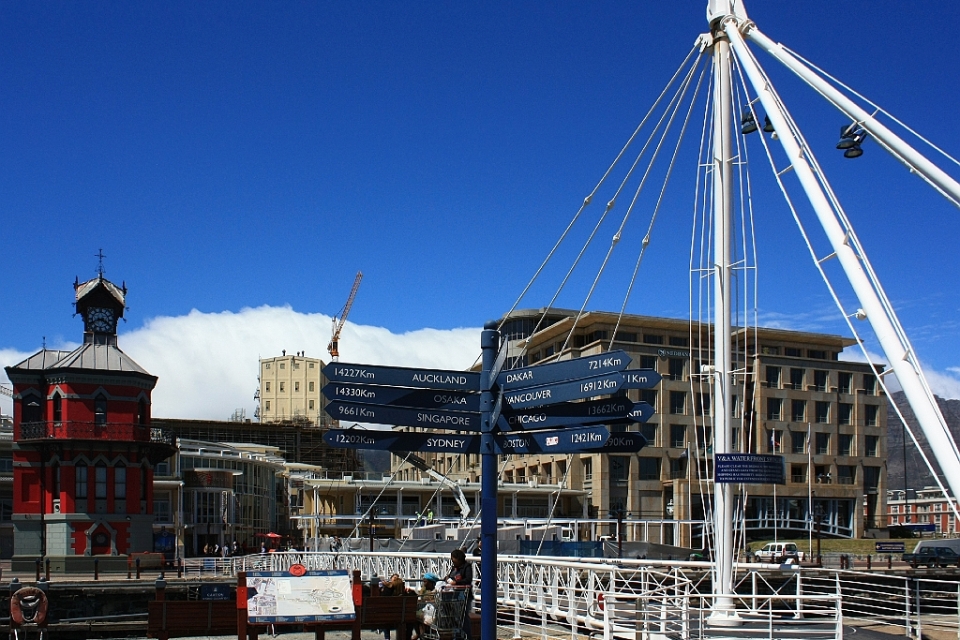 Where the Indian and Atlantic Oceans meet at the southern tip of the African continent, the winds can be fierce. The “tablecloth effect” is on full display, but despite the beautiful day in Cape Town, South Africa, no boats are out on the water due to high winds. Wandering in the Victoria and Alfred Waterfront, signposts at the Marina Swing Bridge indicate distances to destinations with which I’m familiar. As the crow flies to my birth-city of Vancouver, Canada, it’s a “mere” 16912 kilometres, 10509 miles, or 1.3 times the Earth’s diameter, which places me clear on the other side of the planet. (The antipode to Cape Town is closer to Honolulu than to Vancouver.)