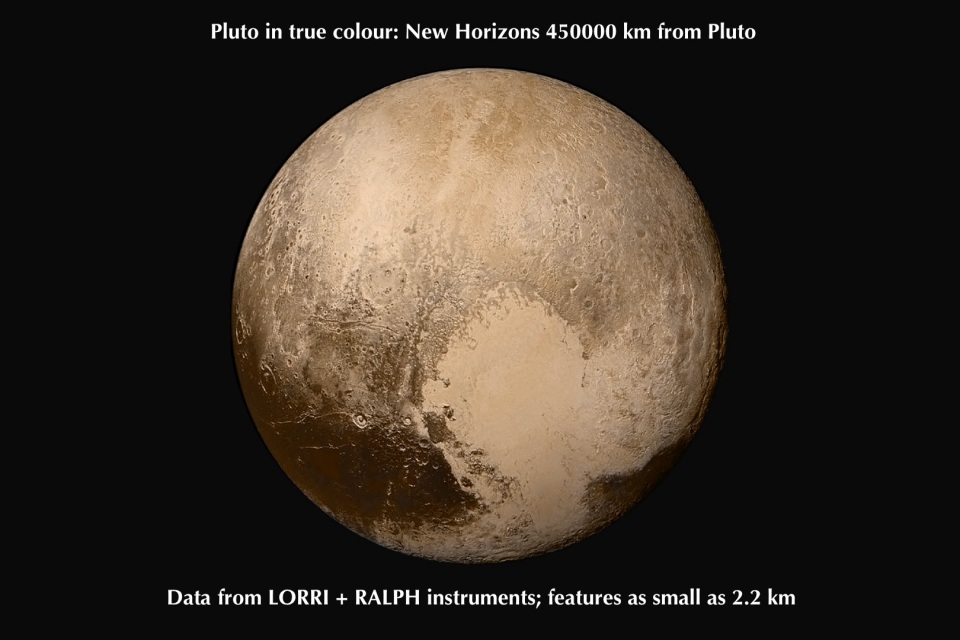 Photographs have the power to answer long-standing questions.

Pluto is one of the last objects in our Solar System to be explored. Pioneer 10 and 11 and Voyager 1 and 2 provided photographs, science, and insights about the gas giants: Jupiter, Saturn, Uranus, and Neptune. New Horizons is the latest spacecraft to encounter and fly past the outer reaches of the Solar System, and eventually wander into deep interstellar space.

Over the years we’ve had limited insights to Pluto, even though its status was switched from “planet” to “dwarf planet” by the International Astronomical Union. Images immediately before the flyby encounter hinted tantalizingly of ice and terrestrial-like surface features.

Does Pluto have more than one moon or satellite?

Pluto’s primary moon, Charon, is 1200 km across, or about one-half the size of Pluto. This satellite-to-primary size-ratio is one of the largest in the Solar System. By comparison, the Moon-to-Earth size-ratio is between one-quarter and one-third (0.27). 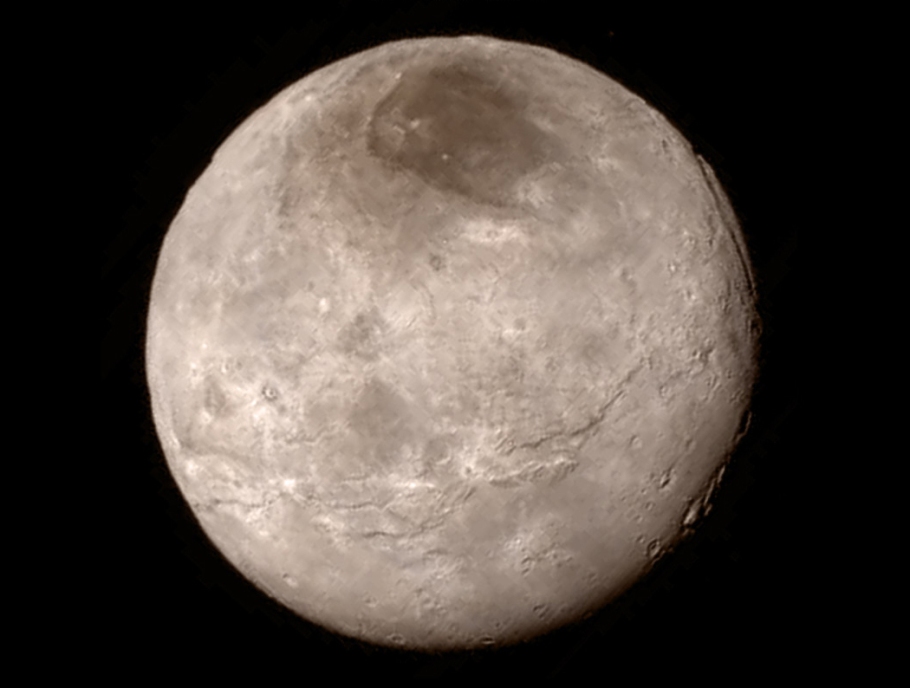 Is there evidence of (recent) geological processes on Pluto?

Frozen hydrocarbon plains in the area known as “the heart”, a.k.a. Sputnik Plain

Hillary Mountains in the heart 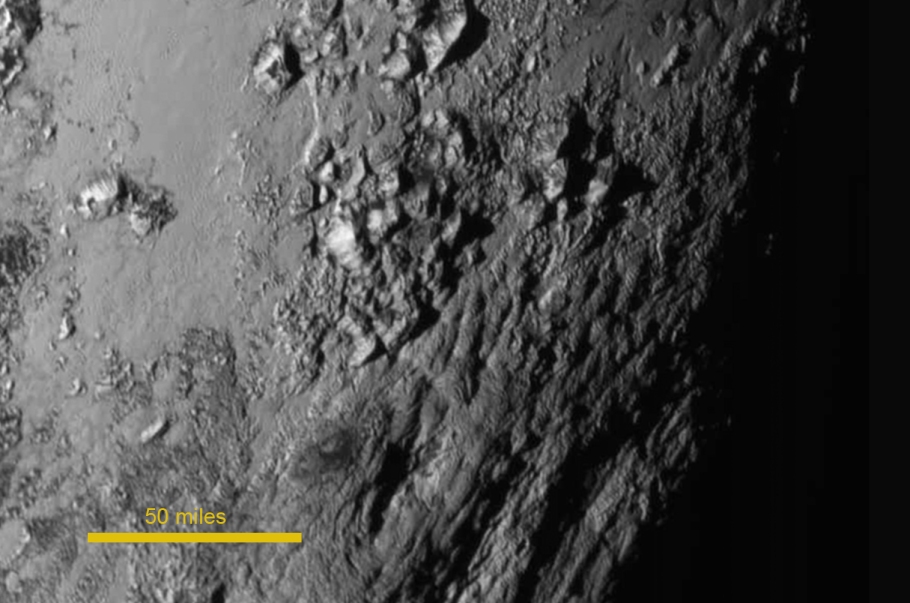 Water-ice mountains near the equator

Is there an atmosphere on Pluto?

What happens when a spacecraft flies past a (dwarf) planet and looks back into the backlit shadow? What the following shows is an answer to that question: Pluto has an atmosphere with two hydrocarbon layers between the surface and a height of 80 kilometres. If there was no atmosphere, there would be no ring of scattered light around the disk.

So, it’s remarkable how distance to an object changes the amount of detail you see on the object and the way you view that very same object. To Pluto a spacecraft was sent, specifically to “check in” and have a look at the planet and its surroundings. From a distance of 5 billion kilometres to a flyby closeup encounter of 13 thousand kilometres above the planet’s surface, Pluto’s appearance goes from a faint fuzzy blob to being able to discern surface features for the first time, with a reduction of distance by a factor of almost 400 thousand.

From blurry unresolved blob through a telescope, to resolved surface features from a spacecraft

All this appeals to my inner physicist/astronomer who’s been fascinated with the planets from a young age, and to my traveler/photographer for the pictures coming from a place at the outer reaches of the Solar System. Given bandwidth limitations imposed by onboard hardware and the amount of data recorded by New Horizons, there are months of downloads for NASA scientists and undoubtedly more surprises to come.

All images are from New Horizons; click here for the spacecraft’s present location. This post appears on Fotoeins Fotopress at fotoeins.com at http://wp.me/p1BIdT-735.

4 Responses to “Ultimate in “travel photography”: New Horizons at Pluto”