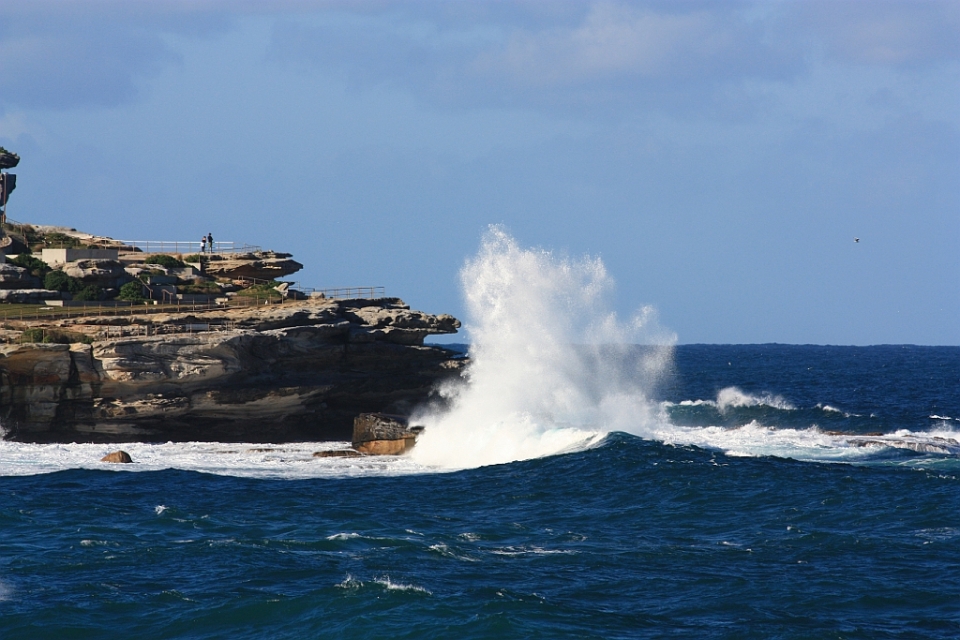 I’m at Bondi Icebergs, and my long-glass is primed across the beach to the huge waves crashing against the rocks at North Bondi’s Ben Buckler Point.

The surf forecast predicted waves up to 3- to 4-metres (10 to 13 feet) in height. Judging by where people stood at the overlook (to the left), that wave crash is about 10 metres (33 feet) high from base to peak. It’s a great example of the power of the Pacific Ocean, but it’s also a great example of “a fluid with large linear momentum striking a perpendicular surface, resulting in an almost ‘elastic’ collision”.

I still have a love of all things physics, and I do like crashy things …