500px‘s Evgeny Tchebotarev flew over from Toronto to Vancouver recently, and met local photographers on a photowalk through the city’s historical Gastown district. 70 people signed up for the photowalk, and the crowd assembled at the Gastown Steam Clock.

That’s when the skies unleashed its waterworks, ranging from a light sprinkle to a hard soak. A number of people stuck through to the wet bitter end.

I was not one of them, as I tucked into a nearby coffee shop to dry out, stocked up on caffeine, set upon a butter tart, and reviewed my “photon haul” for the day.

The following photos are evidence the afternoon was not a complete washout. 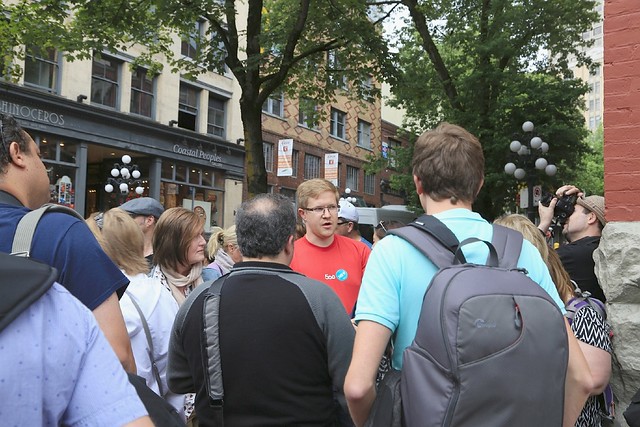 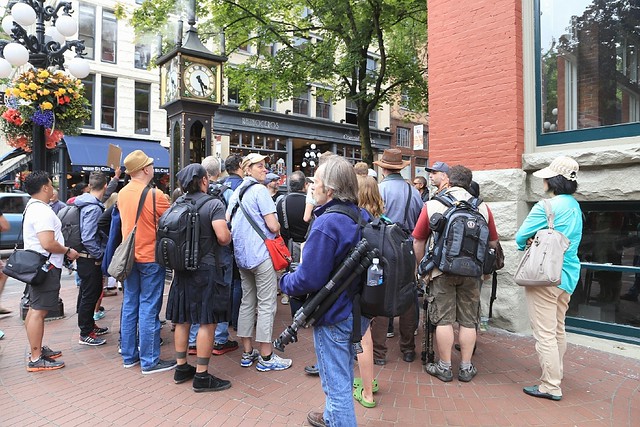 “A swarm of togs around the Steam Clock” 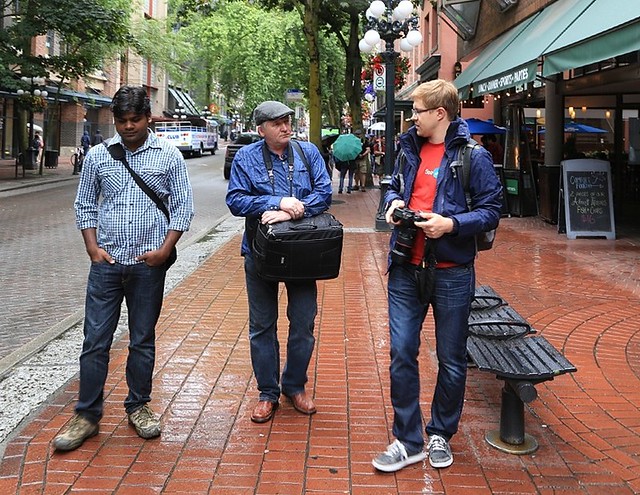 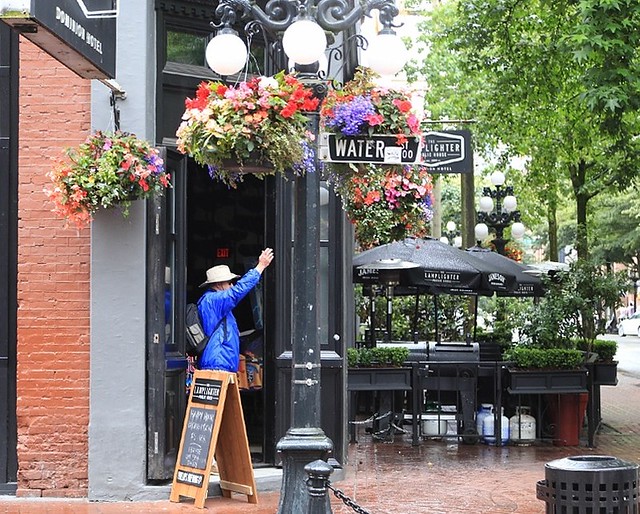 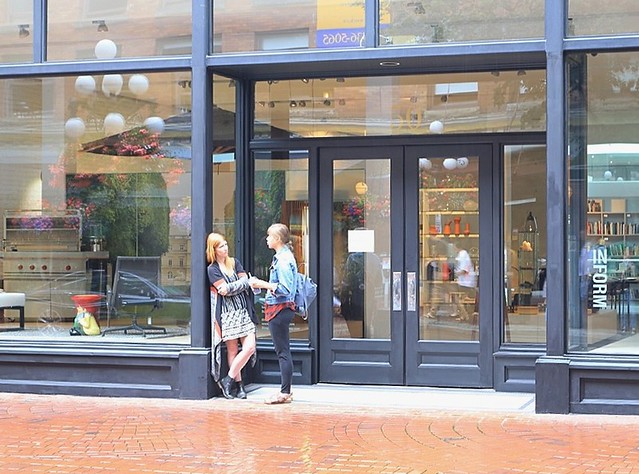 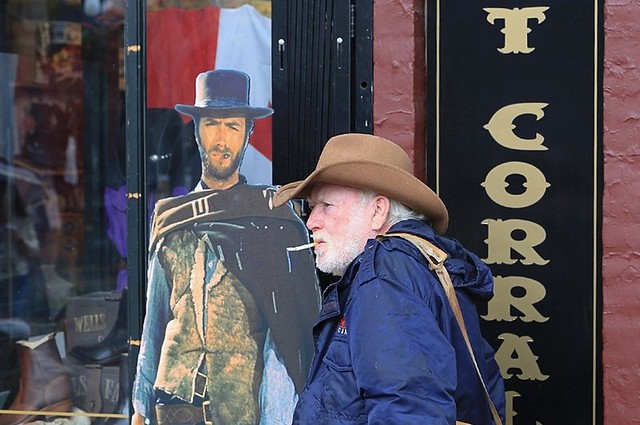 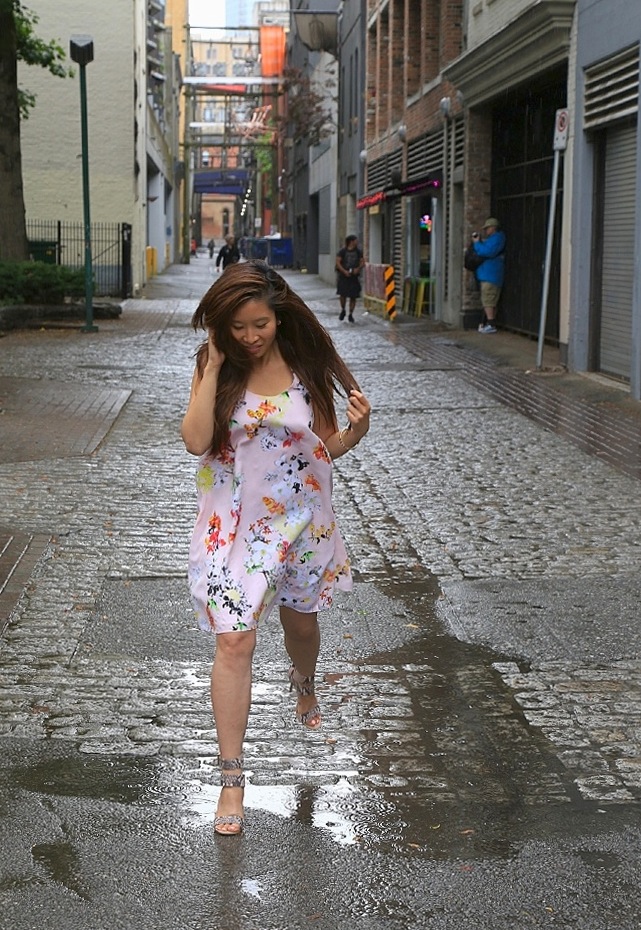 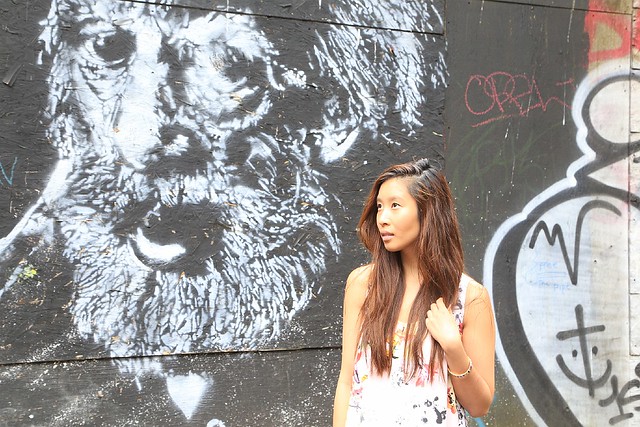 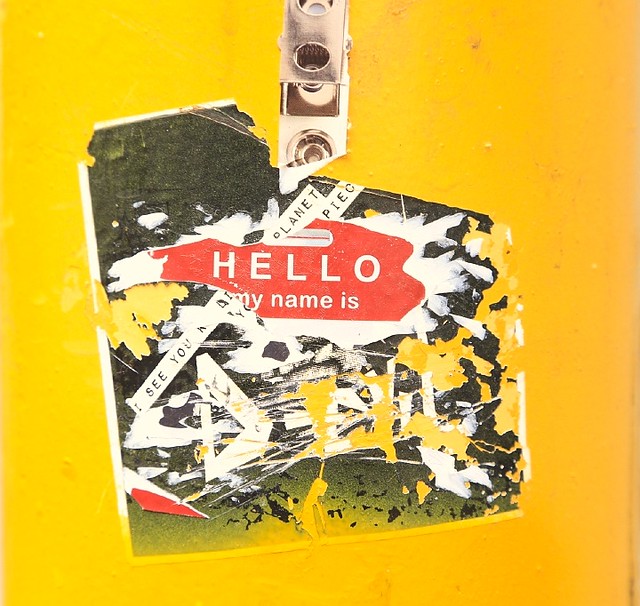 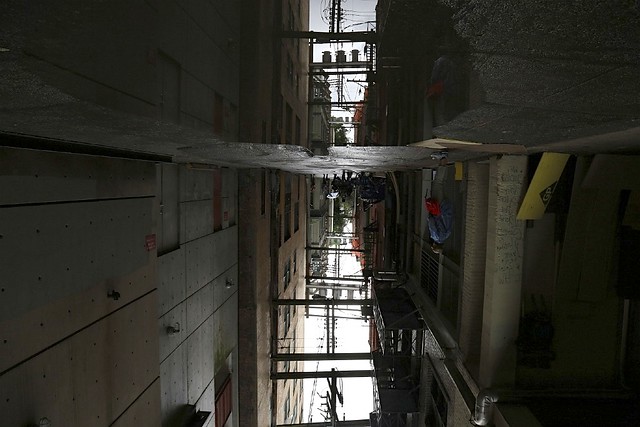 I made all photos above on 28 June 2014. This post appears on Fotoeins Fotopress at fotoeins.com.