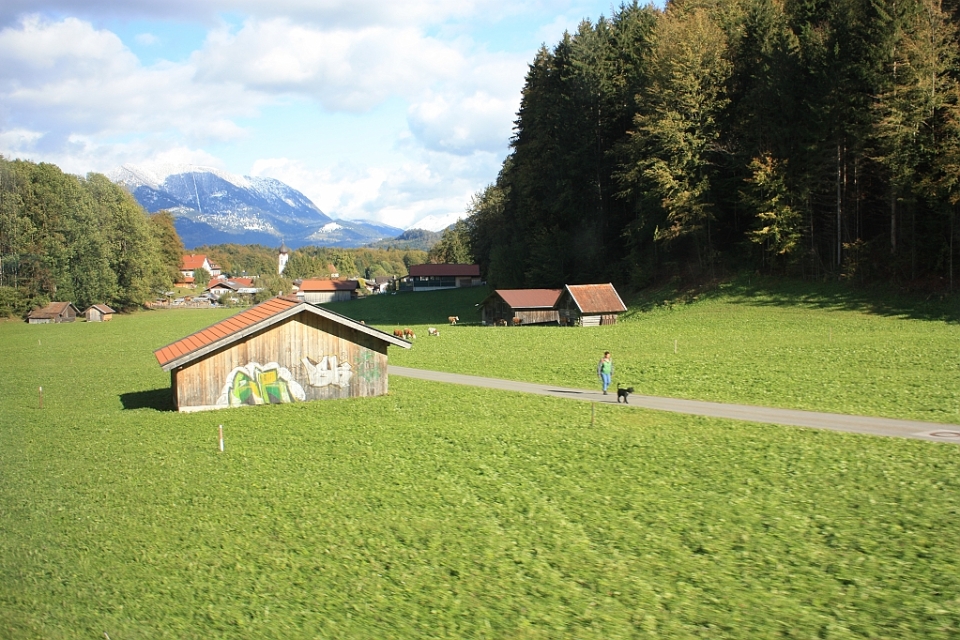 It’s a bright autumn afternoon in Oberbayern (Upper Bavaria), and the cogwheel railway is on the descent from Zugspitze, returning to the valley base in Garmisch-Partenkirchen. The train slows on approach to station “Garmisch-Partenkirchen Hausberg”, only two-kilometres southwest from the twin towns. 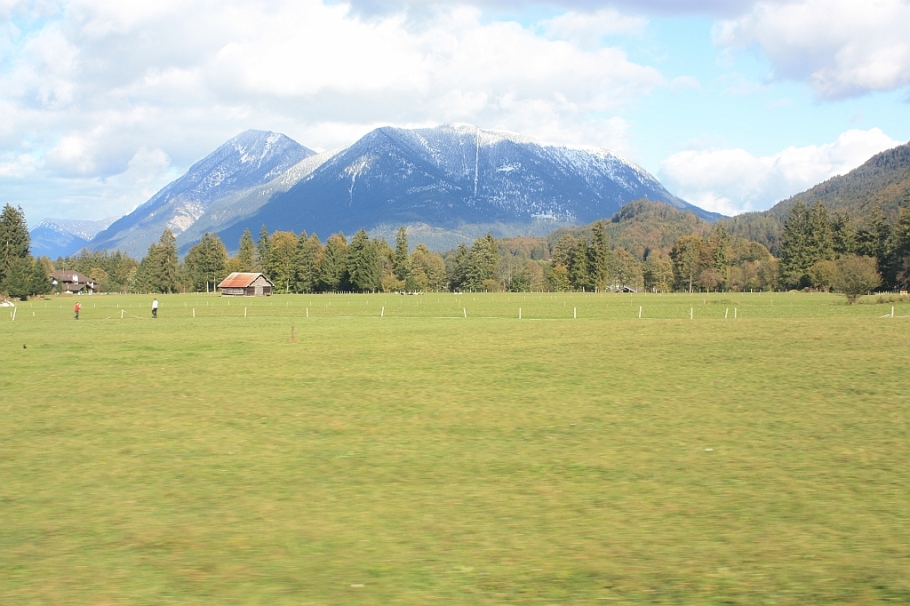 Doors to the stuffy train compartment open out to the breeze riding down the Loisach river valley. Deep breaths expand and fill my lungs with the slightest hints of hay, fresh cut grass, cow dung, and woodsmoke. Brightly illuminated pastures beckon me forward, one foot in front of the other. Blank looks from the “bayerische Kühe” sprawled out on the grass suggest a possible course of action. Except for the part about the blank faces …

I’ve already seen a number of people in the valley as the train weaved its way down from the summit. Couples are out on their walks. Their slow gait is not representative of age or condition; their easy stroll reflects many years of familiarity with the area.

With a smile, I’ll greet passersby with “Grüss Gott”. I’m in small conversation, proceeding typically in one-way flow: “where are you from?”, “how did you learn German?”, “how long are you here?”, and “do you like the area?” My final answer often surprises them most: “ich würde hier lange bleiben, wenn ich könnte.” (I’d stay here longer, if I could.)

Within an illuminated river valley surrounded by “little” Alps, idyll has another name: Hausberg belongs right here in the now. 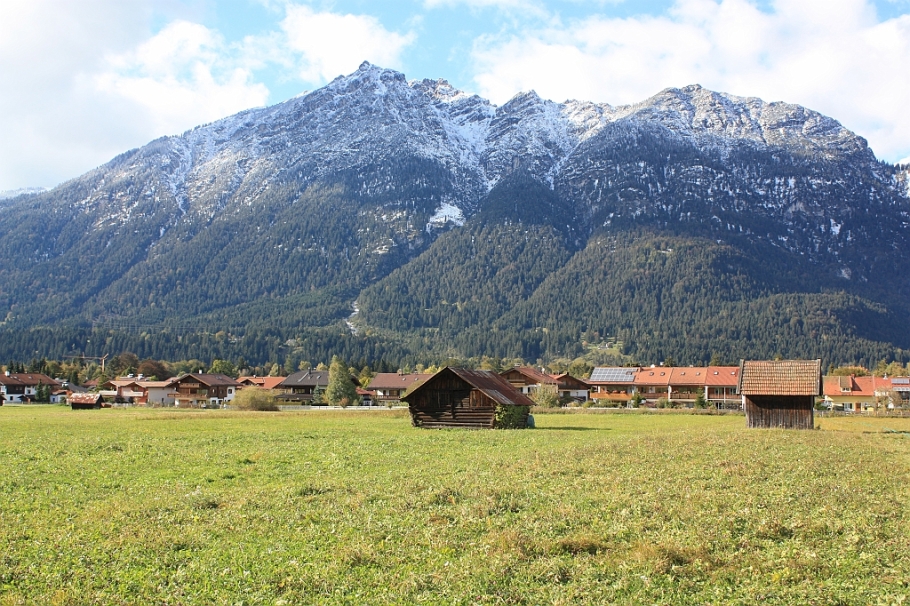 Loisach valley, at Hausberg, near Garmisch-Partenkirchen 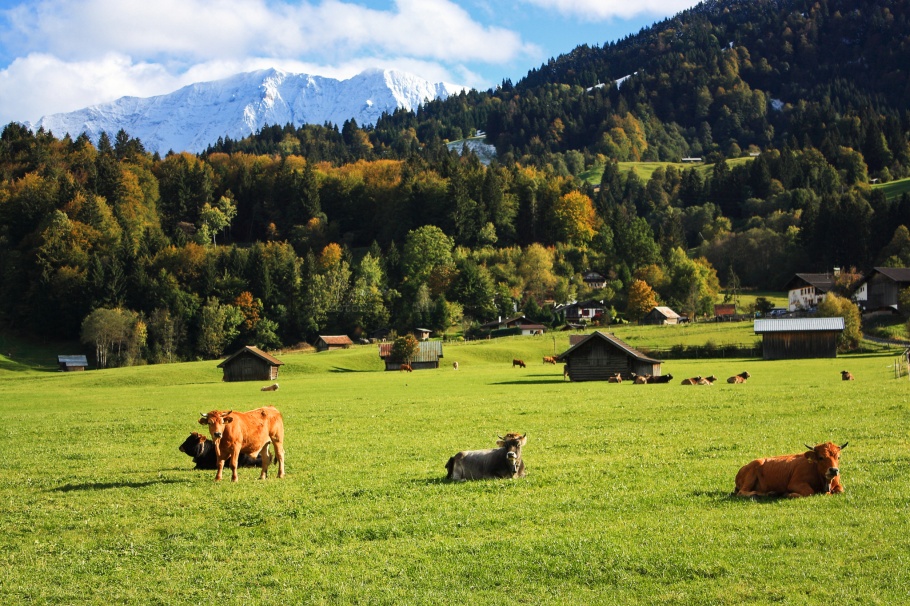 I made all of the photos above on 9 October 2011. This post appears on Fotoeins Fotopress at fotoeins.com as http://wp.me/p1BIdT-5A1.

One Response to “Oberbayern Hausberg: bovines and alpine meadows (2011)”