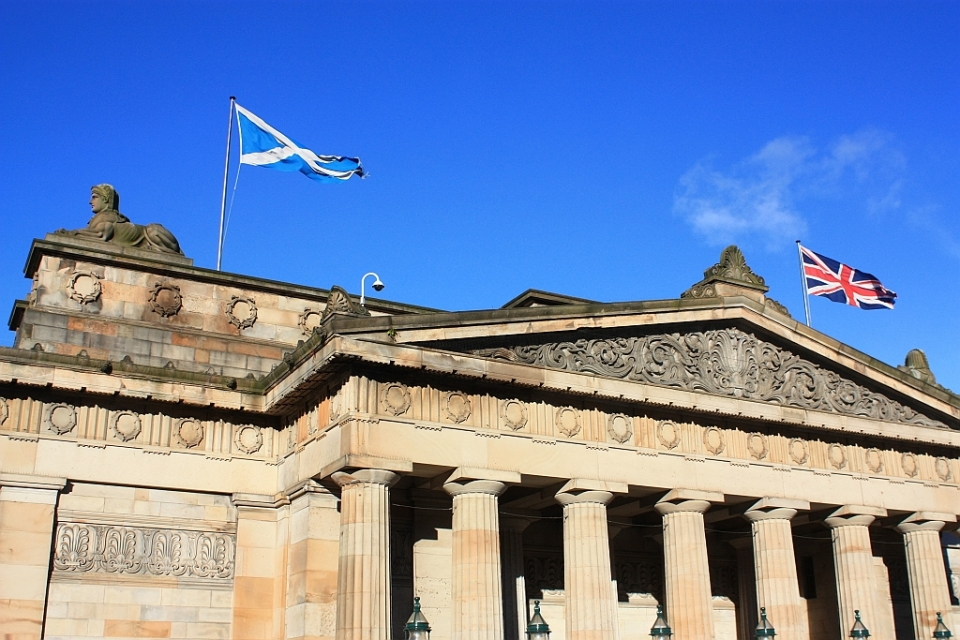 Next Thursday (September 18) is a big day in the United Kingdom.

The people of Scotland will vote on a referendum with a simple question – “Should Scotland be an independent country?” Do they wish to secede from the United Kingdom: yes or no? A simple majority of cast votes will be sufficient. As this post goes live, the polls suggest a tight race, right up to voting day. Additional extensive coverage of the origins to the independence movement and what independence might mean to Scotland, the rest of the UK, and Europe are found on the BBC News and The Guardian.

I made this shot in the quiet of The Mound in Edinburgh’s city centre on 8 November 2012 during my year-long RTW; more about my memorable Edinburgh visit here. This post appears on Fotoeins Fotopress at fotoeins.com as http://wp.me/p1BIdT-5Cx.