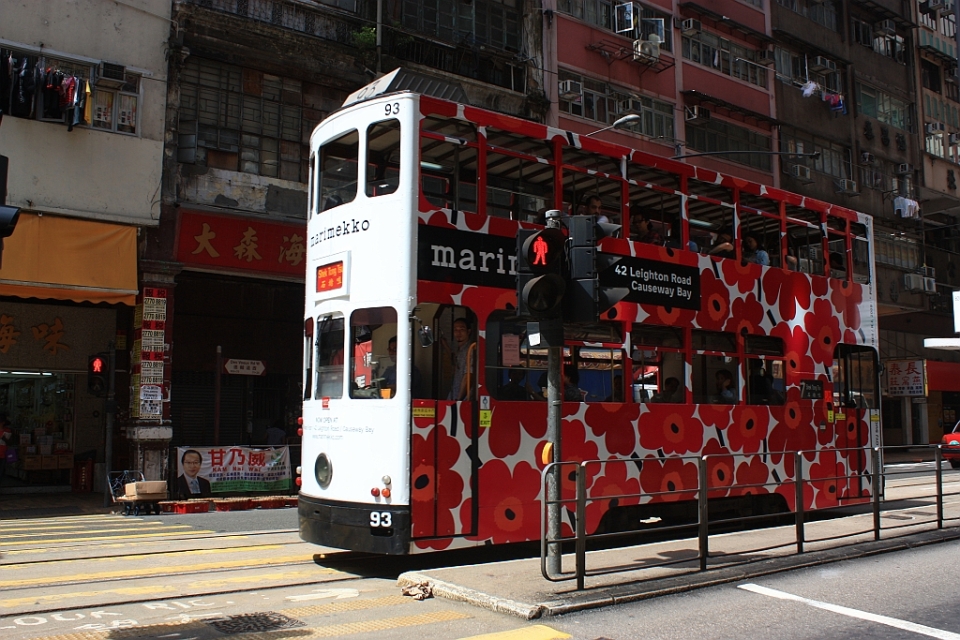 The thin brightly coloured rectangular box with a single pole trundles down the track towards me. It’s wrong to think this, but that vehicle looks like a death contraption. I’m not afraid; on the contrary, I’m excited to ride on a piece of transport history.

I enter through the back, pushing through the small wooden swing-doors. It’s an instant trip back in time, looking now as it must have decades ago, with passengers squeezed into a tall thin wooden box, powered down the tracks by electricity.

On my way into the city centre, I’m stuck on the bottom deck in a full tram. The muggy mid-June afternoon means all the windows are open, but that’s more hot humid air blowing into the tram.

Old and young are present, seated or standing. Some are looking intently at their smartphones; some are buried in a book or a magazine; some are in animated conversation with each other or on the phone. Street noises mix with human voices; I’ll snatch pieces of conversation in between shrieks from the tram’s brakes. I understand Cantonese, one of the most common dialects spoken in Hong Kong, and I’m grinning at some of the gossip and exaggerated drama, filling the air and pushing both conversation and progress down the track.

On another ride, I snag a seat up top on the upper deck. Most seats are by the windows, and it feels like I’m riding high-shotgun with an especially “secret” view up and over the streets of Hong Kong.

With densely packed tram stops at an average separation of about 250 metres (820 feet), tram travel amounts to a slow “rock and roll” journey down the tracks. People come and go, jostling one another in between constant stop-and-go motion through unending traffic. In the cramped spaces, riding a tram is yet another reflection of everyday life in Hong Kong.

If you’re in Hong Kong Island and you’re not rushed for time, I highly recommend riding on the inexpensive tram for an unconventional view of the streets and measured observation of the city’s people. 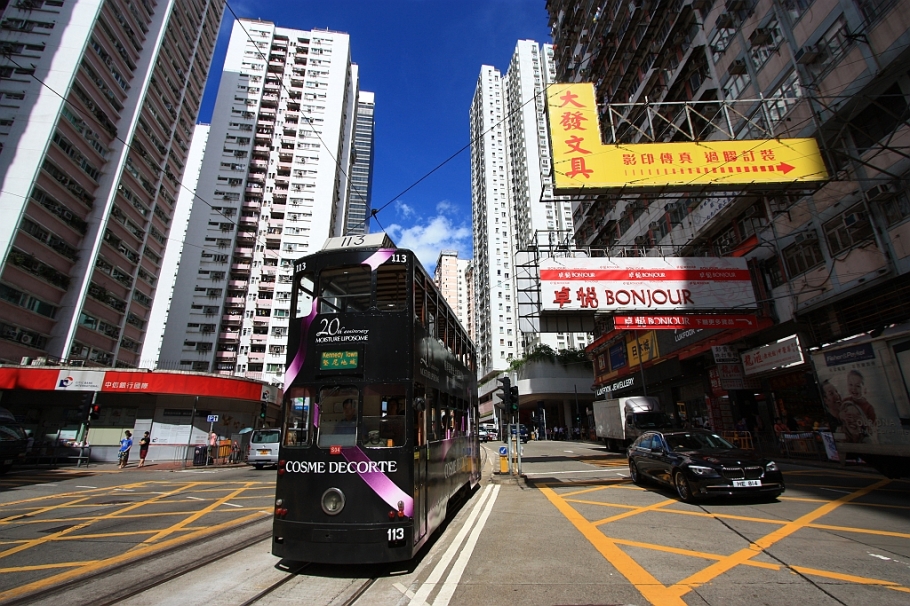 Operating since 1904, the Hong Kong Tramways has operated electric trams along the north shore of Hong Kong Island. These trams have been the world’s only fleet of tall narrow double-decked wood-sided vehicles. Recent technological innovations now produce trams made with aluminum metal-alloys for improved operation longevity.

Trams on six routes operate from 6am to 12am with a frequency of about every two minutes during peak hours. Regardless of the distance covered, a single fare for an adult is $2.30 HKD ($0.30 USD), and is payable with either cash or the Octupus card upon exiting the tram by the front door. The map below sketches out the service area; check the website for routing updates.

I made the four photos above in June 2012. This post appears on Fotoeins Fotopress at fotoeins.com as http://wp.me/p1BIdT-3Hn.

12 Responses to “Then and now, on the tram across Hong Kong”