A quick survey about Germany with friends and colleagues reveals the usual “suspects”: the capital city of Berlin, Munich and Oktoberfest, and the fairy-tale castles in Bavaria.

In my continuing series on Germany’s largest cities, I turn attention to the nation’s 2nd most populous city, Hamburg, to discover some of her G-E-M-S : Green space (Grünanlage), a place to Eat (Essen gehen), Museum, and something Special (Sondertipp).

This post is on the northern city of Hamburg.

Hamburg: Hanseatic City on the Water

Even though it isn’t Berlin or Munich, the northern harbour and port city of Hamburg deserves a place in the conversation. Hamburg is a city on and defined by water: the Alster lakes, the Fleete or canals, the Elbe river. These water channels are physical gateway to the Baltic Sea. You’ll also probably cross a bridge or two, and if Venice is known as a city of bridges, Hamburg is also a city of bridges with over 2300.

The name of the city is derived from “Hammaburg” with the early old-Saxon word “Ham” (Hamme) meaning “wetlands” or “marshlands” and “burg” meaning “fort” or “castle”. This dates back to the time of Emperor Charlemagne in the 9th-century AD/CE, but recent archaeological digs have shown the city’s origins pushed to the 8th-century AD/CE.

The city established busy profitable trading routes throughout Europe by land, and by water on the Elbe and by proximity to the Baltic Sea. Hamburg and nearby Lübeck created in the 13th-century a trading alliance which became the powerful naval and commercial Hanseatic League. Hamburg is at present Europe’s 2nd largest port by number of container units moved (after Rotterdam). Hamburg is northern Germany’s powerhouse, both economically and culturally, with the addition of print- and electronic-media companies establishing headquarters in the city.

First impressions are likely to be shared by many, particularly if you’re standing at Jungfernstieg, Rathausplatz, or by Neuer Wall in the middle of the city. Hamburg is beautiful, green, and rich. Whether any one of these characteristics is really independent of the other two is an exercise best left to the visitor’s excursions and inner musings.

And all without referring to meat, cheese, and bread buns.

You’ll go through the canals on foot or by slow boat. You’ll wander through one of many leafy quiet neighbourhoods scattered throughout the city, including the (in)famous Reeperbahn in St. Pauli (and where the Beatles paid their dues). On the Elbe waterfront, you’ll explore the workings of the Port of Hamburg, learn about the history of the Speicherstadt (Warehouse District), and immerse yourselves in the early-morning Fischmarkt (fish market) among the buying and selling of seafood from the North and Baltic Seas.

Hamburg is a beautiful city to explore, especially in the summer and with two new (2015) additions to UNESCO World Heritage Sites. The following four reasons are also why I come back. 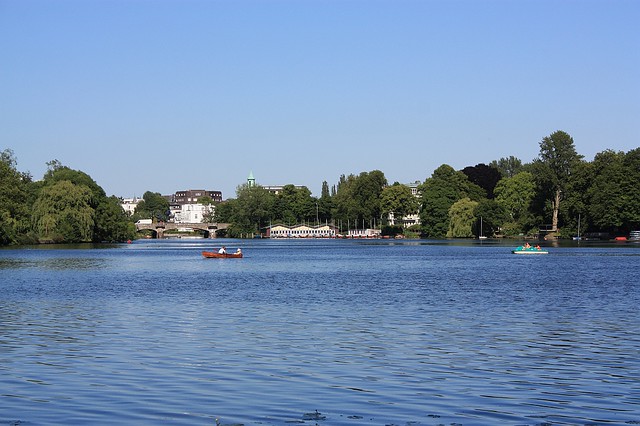 A city cannot function properly without green spaces, her “lungs”. While the city looks “out” to the Elbe river for much of her economic activity, the people look “within” to her lakes for fun and relaxation. The two Alster lakes were artificially constructed to dam the Alster river and generate power for water mills in centuries past. The “inner” and “outer” refer to their former locations relative to the city walls which are no longer present. The two lakes are popular for sailing and rowing, and along the banks are an abundance of walking, jogging, and cycling paths, meadows, and parks. A meandering boat tour in the Alster lakes easily convinced me why residents love this stretch of blue and green. 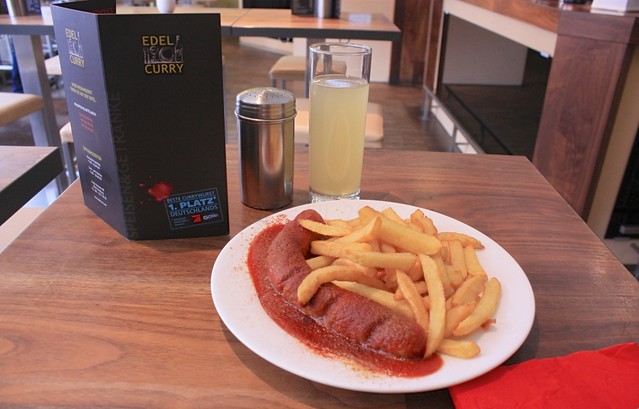 There are “hamburgers” in Hamburg, but if I’m not thinking about smoked herring, I’ve got currywurst in mind. That national snack is a personal obsession, as I discover Hamburg has also claimed currywurst’s origins, although most associate currywurst with Berlin and Herta Heuwer’s invention in 1949. I love the currywurst in Berlin, but I’m obligated to try different versions. Edelcurry is one of many proud and tasty versions in Hamburg. I get a portion of extra-spicy currywurst with crispy fries, washed down with a Bionade or Fritz-Kola. Aaaaaah, but now, I think I’m duty bound to test the varieties of currywurst in the Rhein-Ruhr region … 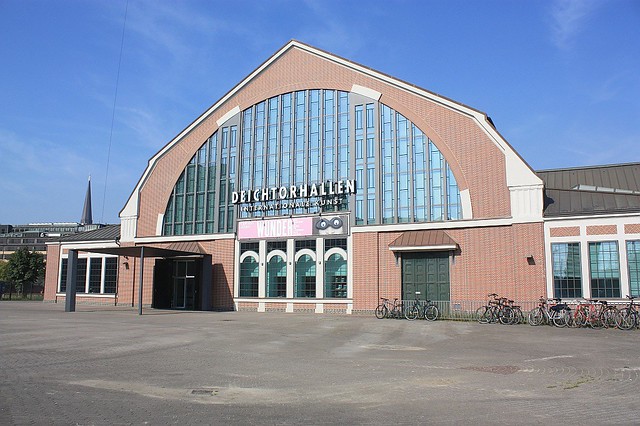 Deichtorhallen on the Kunstmeile or Art Mile (HL)

I admire a great deal of art and photography, and I’ll seek them both out wherever I go. In Hamburg, I’m a regular at the Kunstmeile (Art Mile). The former market halls at Deichtorhallen make up one of the five Kunstmeile institutions, and the Haus der Photographie regularly presents a variety of photography exhibitions, including historical and contemporary collections. One lasting memory is a retrospective of 19th- and 20th-century photography from Paris, including work by Atget, Brassaï, Fukuhara, Hervé, Marville, Kertész. 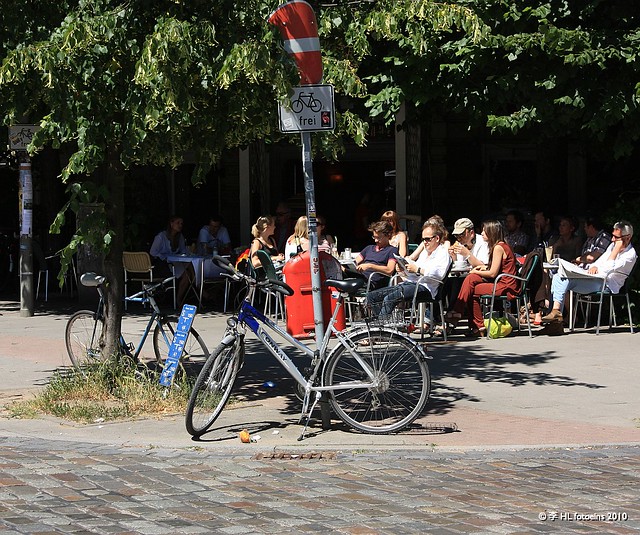 Yes, the city is loaded with money, but that doesn’t mean I can’t put my feet up with a beer, some easy homestyle food, and watch people going about their errands. I like hanging out in the Sternschanze or the Schanzenviertel, where numerous trendy boutiques, small galleries, cozy cafés, local bars and pubs, and a variety of restaurants will fill an afternoon or two, particularly along Schulterblatt and Schanzenstrasse. For the hip, trendy, alternative, and everybody in between, there’s a welcome atmosphere, even if recent injections of money and redevelopment have raised warnings of gentrification among area residents.

Details: Sternschanze | Schanzenviertel
Transit station: S-/U-Bahn Sternschanze; from this station, I’d also recommend the U3 train for a look around the “city circle”.

With the location of the city’s Hauptbahnhof (main train station) indicated, the map below marks the G-E-M-S in Hamburg:

The summer is one of the best times to visit the Hanseatic port city.

Local transport: Hamburg Verkehrsverbund (HVV), available also in English. Depending upon budget and preferred location to stay while you’re in town, do consider these Hamburg train stations: Hauptbahnhof (Main Train Station) indicated in the map above, Dammtor station, Altona station, and Harburg station.

I made all of the photos above, and this post appears on Fotoeins Fotopress at fotoeins.com as http://wp.me/p1BIdT-4HP.